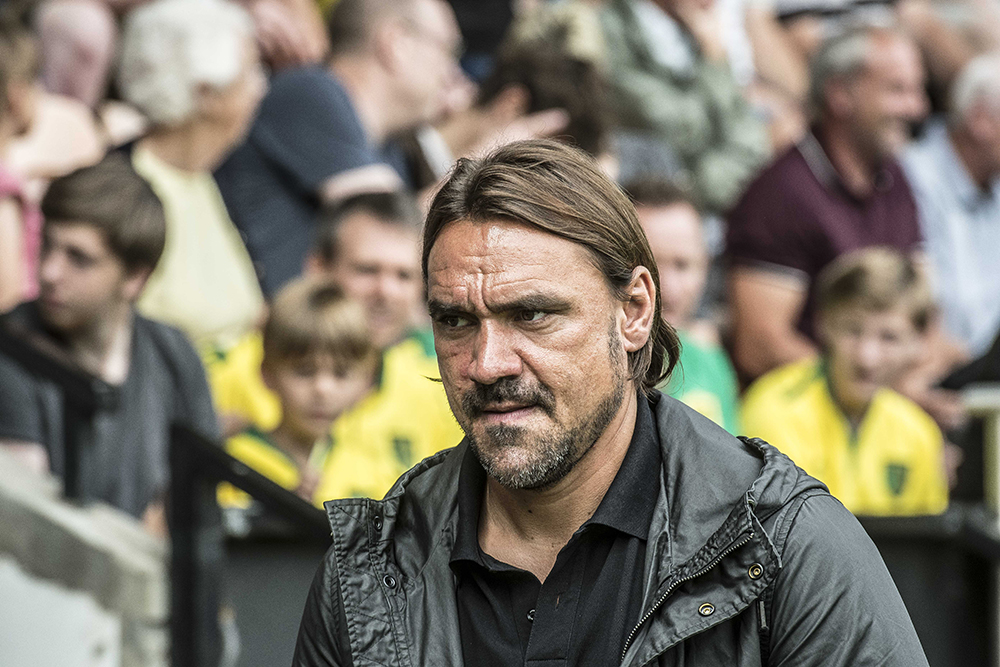 I’ve long been a believer in the phrase strike while the iron’s hot, so as I begin this article at 14:53 on Saturday knowing it won’t appear in front of you beloved MFW readers until Monday, I thought I’d write it now, get it out of the way and wallow in our collective misery all day tomorrow, which will actually become yesterday in my parallel universe by the time you read it.

Inevitable, wasn’t it? A defensive error, not a lot going on in the final third and yes we clipped the post at the death. But what $odding good would a single point have done us anyway?

Brighton weren’t special but they didn’t have to be.

Daniel Farke, Eddie Reimer and co have two months to sort this excuse for a defence out. They haven’t done it in nearly three seasons so let’s not hold our hopes up for a late summer close-season miracle of Nazarine proportions. It ain’t gonna happen.

Now we are down [forget the maths] how will we respond next season? With knife in teeth and grenade in boot – or with a farm shop lettuce and two pints of organic milk?

I think I know the answer to my own question and I have nothing against independent suppliers of salad and dairy products to be sure.

Project Restart has brought us nothing but misery and I am increasingly starting to believe that those who will be paid a lot of dinaro by others to go through the Carrow Road exit door for the last time at the end of this month don’t want to collect an injury en route.

We all know who they are but although I make the accusation if I were a gifted young baller I would do exactly the same. My personal equivalent of that would have been something like my jump from the Harlow Gazette to the Met Police Press Bureau but the process of back-checking takes three months so I was told: “you’re in but don’t do anything dumb in the meantime or it might not happen”.

I thought of the assumed prestige and indeed pay rise, so being a heavy drinker I virtually kept my car off the road for said three months. And a few of our youngsters have recently been doing the same as I did at a comparatively minor professional level all those years ago.

Am I truly angry with Stuart Webber, Daniel Farke and the largely admirable NCFC admin staff? Not at all. What bl00dy chance did they stand 11 months ago when this dreadful season got underway?

Bugger all, that’s what.

Sure our recruitment was utter $hite – c’mon, it was – but give me a few 10-spots and ask me to buy a Ferrari and I couldn’t do it either. Maybe a wing mirror from one at best. And that’s what we got. Or a spare full-size tyre judging by our post-resumption fitness levels.

I’m not Nostradamus but I will make three predictions for next season.

I wonder what our starting XI will be in [I guess] September?

Anyone who might be brave enough to predict it, please let me know your thoughts.

I’ll leave you good folks with one of the most under-rated singles of all time, although it made a healthy place in the top 20.

It could have been written for Norwich City supporters everywhere and for what it’s worth the title’s a quote from Vincent van Gogh.

It translates as “this sadness will go on”.