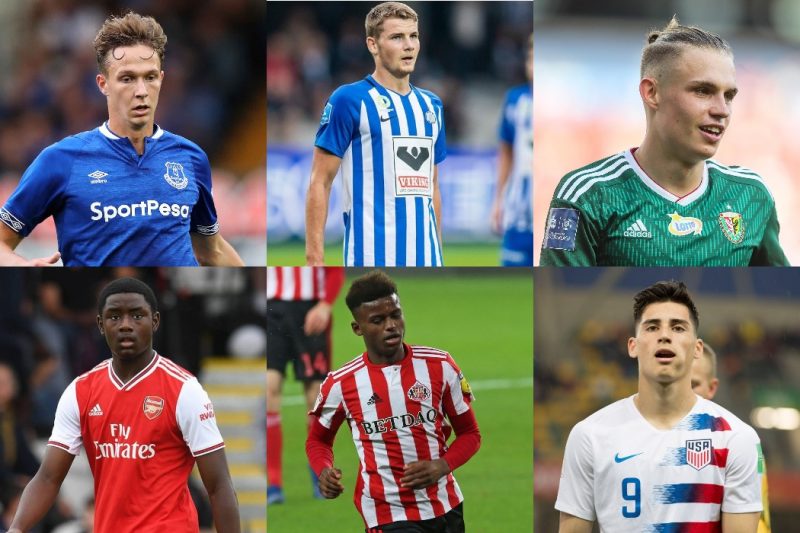 We’re a funny old lot are us Citizens of the Canary nation. So united in some ways yet so divided in others.

So, let’s have a look at who we’ve brought in to date and what seems to disappoint quite a few of us – but not me.

Back in the dark days [in every sense] of January we acquired Lukas Rupp and Ondrej Duda. Did either pull up any trees? Not even a rose bush. Duda’s gone but Rupp remains for now.

But I’m really looking at the other three in that window as in Sam McCallum from Coventry, Melvin Sitti from the French Ligue II and Danel Sinani from, erm, a big club in Luxembourg.

Now, McCallum I did know a bit about before we signed him, courtesy of Colin Murray and colleagues on Quest. and he looks really good. Plus he got promoted with Coventry so shouldn’t have the “loser” bone in his body. Something like £3.5million was quoted and you can see that he is a natural replacement for Jamal should Mr Lewis be one of those to be “moved on”. That’s a great signing in my book.

Sitti is a defensive midfielder and Sinani a striker who apparently can play out wide and cut in as well.

If any MFW reader can honestly say they’d heard of either of these two before they signed for us my eyebrows would be on the top of my head. They are wait-and-sees but the scouts must see something in them so let’s not be too critical yet.

I’ll move on to Matthew Dennis from Arsenal, who will be in good company with his Crouch End mate Josh Martin and also Charlie Gilmour. One of my Arsenal mates says he can’t believe they let Dennis go. Sure it’s another one for the Academy but there is a great picture of him out there on the net in the City Centre before he signed for us with…

Bali Mumba, who at 18 has played for the Sunderland first team in League One. Black Cats’ fans were gutted when he left and he says he has come here to break through. If/when Max is sold he would be an ideal back-up to Sam Byram and with Sam’s unfortunate injury record he may just get his chance sooner than he might think.

Then there’s the Chilean- Mexican mystery that is Sebastian Soto. Played for Salt Lake, moved to Hannover, couldn’t get gametime there so signs for us. A striker who is on the fringes of the senior USA squad, he has to go on loan to Dutch League II Telstar to get a work permit to join up with us in the UK.

If any reader can explain the ruling on this please let me know!

Into the final straight now and these three I find verging on the exciting.

Jacob “Lungi” Sorenson, from Esbjerg in Denmark, another defensive midfielder who it is claimed will run all day. My knowledge of the Danish language is limited to “Molby” and “Schmeichel” but presuming biological terminology is universal across Europe I’d guess “Lungi” has something to do with lung capacity and stamina. I’m channelling Gary Holt here. £2million apparently and set for the first-team squad for sure.

As is Przemyslaw Placheta, an out-and-out speedster from the Polish League who can allegedly keep up with Usain Bolt over 30 metres and can feature on either wing. We need some of that attribute in the side, we really do. Onel apart, we were like a squadron of geriatric sloths last season. Straight into the squad for sure.

And finally what I prematurely consider to be the best of the lot even if only because he’s a player I’ve seen a fair bit – as have most of us I would imagine. Kieran Dowell had loan spells from Everton to Forest, Derby and very recently the most unfortunate Wigan Athletic. Check out his hat-trick against Hull a few weeks ago.

Everton fancied a clearout and he’s ours on a permanent. He’ll know the Championship inside out and is homegrown, which is a huge bonus. A natural replacement for either Todd or Emi from what I’ve seen.

All this of course leaves our midfield roster as packed as the Murderers once was on matchdays. Sure some will go but that’s merely a matter of who and when. And it will be the subject of future MFW articles over the next few weeks.

It’s still a long time until the window closes on its dodgy old ratchets in October. There’ll be plenty more for us to discuss during what remains of the summer.

I know we’ve yet to sign a centre back or two but surely we will have to and I believe we will.

But right now I am very pleased with the 2020 intake.

I know others will feel differently – as ever I love to read your comments, so let me know what you think.

This article is dedicated to a lovely fella called Raj who owned Mundesley Convenience Store and helped me out tremendously with the MFW Arsenal preview earlier this year. He passed away very recently but at least got to see his beloved Liverpool win their first title in 30 years. Condolences to Priya and everybody who knew him.