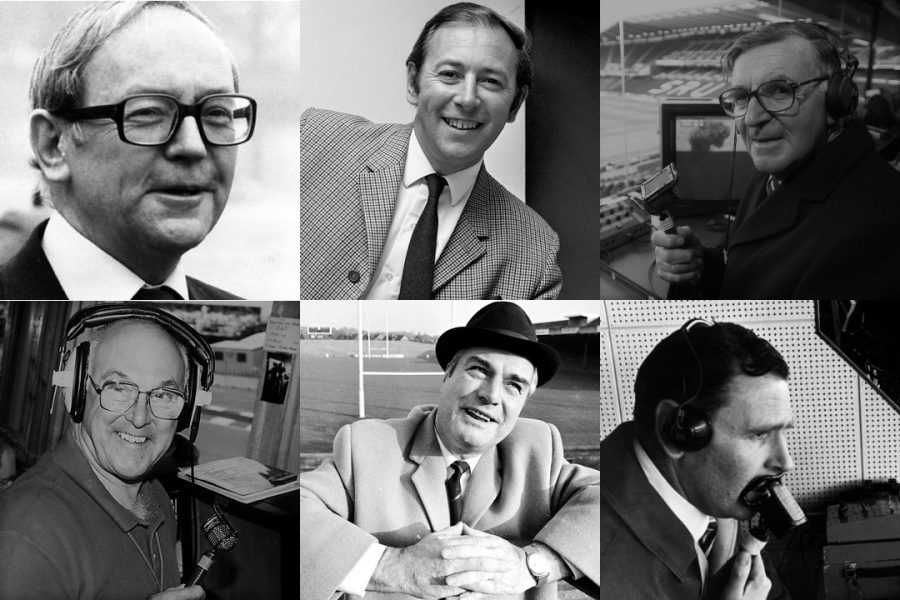 I can lay the blame for this article fairly and squarely at the feet of my MFW colleague Chris Sadler, who came up with a lovely piece of nostalgia last week featuring photos of Max Miller and Lenny Bruce, clever word play on footballers’ names and some pretty tasty anagrams to boot.

As somebody who grew up in the days of Kenneth Wolstenholme, David Colman and Peter Lorenzo, the young me would not believe the advances in technology we have experienced over the last 50 years.

We had Bill McLaren for the Rugby, Freddie Truman on the cricket, Murray Walker on F1 and Harry Carpenter for boxing. I loved the lot of them as they [kind of] brought what me and and my dad wanted to see. For those of a strange disposition there was also Eddie Waring mutilating the English language while simultaneously covering Rugby League.

Norwich City barely featured on the primitive incarnation of Match of the Day and I struggled to get reception from Anglia while living in Essex so I was largely stuck with the avuncular Brian Moore on LWT’s The Big Match.
But enough already. I’m really thinking about the change in the language of the game over this timespan.

It’s amazing how we have all, whatever our ages, effortlessly assimilated the buzzwords which seem to increase every day.

Even five years ago, had we honestly heard of:

◆ They’re moving it well between the thirds [not Sheff Utd obvs]?

◆ He needs minutes on the pitch/in his legs?

◆ VAR- featuring your armpit is offside?

Now there’s just a baker’s dozen for you but I’m sure I’ve omitted so many modern phrases, which have already become cliches. Nobody speaks of a left half or an inside right anymore. Or a lino. Or playing 2-3-5. Could you imagine that now!

Language and football have always evolved in parallel for sure but this spate of new terminology is quite effortless to keep up with thanks to the internet and the millennials who often love to introduce their own phraseology. And why shouldn’t they?

Although I’ve always enjoyed the dubious gift of schoolboy French I lived in Spain for a while and because I’m not the hear , speak and absorb type I learned the basics through the sports pages of the Mallorcan red top Ultima Hora. You can quite quickly discern the difference between a centrocampista and an afficionado when you’re in the market square with a Cruzcampo or two.

So if there any modern terms you love [mine’s thunderba$tard] or dislike [mine’s homegrown as it simply shouldn’t be a requirement IMO please let me know.

A quarter of the season done and we are 2nd only on goal difference. Still there are people who moan! If we had found a winner in the last game, we'd be top by 2 points. No pleasing some. #otbc #ncfc

Any #ncfc fans upgraded an u21 season ticket to an adult ticket this season? How much am I looking at?

Yes, I should have rung the ticket office… 😂