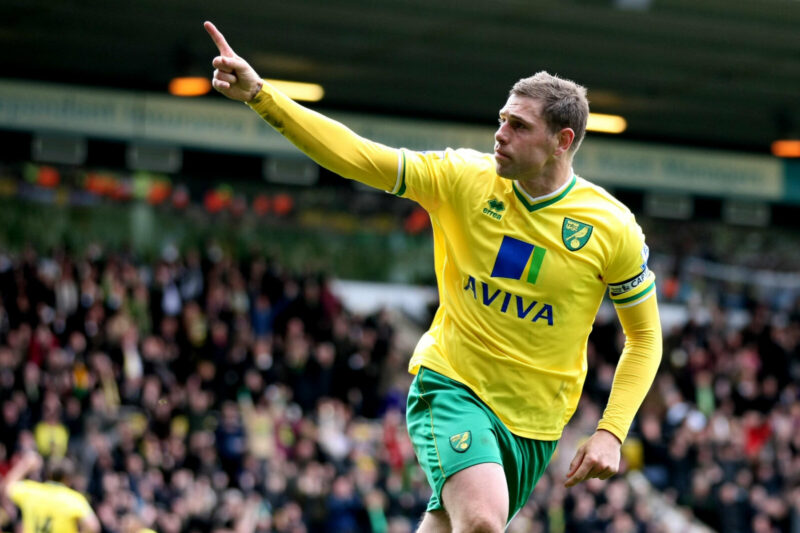 I’ve probably got as much previous as the rest of us for sometimes sitting on that wooden garden dividing boundary, but not this time.

I simply luurve the new home kit and I will be buying our new shirt quite early this very Monday morning from Fan Hub in the City while I hope you good MFW readers are giving us a look-in.

Normally, I purchase a shirt every two years but in this case, I’m going to make an exception. This isn’t Marmite – you surely have to like it. Mrs P is a bit of a low-key fashionista and also an artist. She knows what she likes and agrees with me that it’s the best kit we’ve produced in ages.

Okay, it’s not Adidas but it’s certainly Errea’s finest to date and I can’t wait to see what the second and third strips will look like. We don’t have to tarry long now in order to find that out of course.

My first City shirts were bought when I moved to Norfolk permanently in the late 1980s. The classic Asics with the green diagonals on them, both yellow [home] and white [away]. I steadily acquired more and more stuff over the years including the infamous “satin feel” black tracky with the yellow and green Vs on the front of the top and, you’ve guessed it, the egg and cress/bird poo shirt of the first Mike Walker era.

And so many, many more.

However, a house move meant off-loading stuff or “decluttering” as Mrs P would call it. Therefore the whole lot [apart from a couple of N&P logo keeper tops which I needed to keep to play in myself] went on eBay complete with five seasons-worth of programmes in those ridiculous old green plastic folders sold by the Club at the time.

A newsagent in Costessey gave me what I thought was a fair price so I delivered everything to him and shed a bit of a tear at the point of exchange. Retro shirts didn’t have a cult following at the dawn of the Millennium and when I see what price a couple of them are up for sale for these days it makes me cringe.

Of course, the Worthy promotion season led me to buy more – the yellow Proton one and the much cooler dark green Lotus away version. The trouble with those particular creations was that my usual standard size *L* was like *XXL*, especially regarding the sleeves. I ended up giving these to “Frank the Yank” and Kim P in Coltishall relatively recently who are both much larger lads than myself.

But I didn’t impart these gifts before Delia had vandalised that particular home top.

I had a bet with some NCFC friends that I’d have the club crest tattooed on my chest if we got promoted and obviously we did, so I honoured the bet. In the days of Delia’s walkabouts, my mate Keith’s daughter Jen pulled my top up in the Upper Barclay bar and said to Delia: Look at this!”

After a faux horror reaction our joint majority shareholder pulled said shirt down and uninvitedly autographed “love from Delia” in indelible black marker on it. Jen thought it hilarious but I was miffed as I thought the whole episode a little unwarrented. The signature had nearly washed out by the time I gave Frank the shirt.

And now dear MFW readers I need your help.

After our fantastic win over Chelsea in the two-legged FA Youth Cup final back in 2013, NCFC kindly donated much of that squad’s black training kit to the NANSA charity shop on Aylsham Road plus a few other bits and bobs. Mrs P and I have friends who worked there at the time and they said when they’d priced it up they’d let us know and we could go along for first dibs – unless somebody else beat us to it!

NANSA had a blind raffle for Hucks’ lightweight training jacket and I think they got well over £100 for it.

Anyway I emerged with Ricky Martin’s jacket – just like Hucks’ but with different initials. It accompanied me to every home game until the zip finally gave up the ghost last year. Best £7.50 I’ve ever spent.

I also purchased Neil Adams’ training top, James Vaughan’s training shirt and… don’t laugh… Darren Huckerby’s shorts. Probably a fiver for the lot and real quality stuff that’s stood the test of time. I still sometimes wear the DH [no #6] shorts on the beach to this very day.

But here [at last] is my plea for help.

We also bought a long-sleeved training top with the initials SR on it which are still in reality Mrs P’s as we’re not legally married.

Can anybody out there identify the mysterious SR from 2013 cos I sure bl00dy can’t and I’ve certainly tried even if only out of curiosity. And I never realised Alice Cooper played for us but an inset picture never lies.

I’d love to hear of your own kit experiences too if you’d care to share them. The experiences, not the kit.

I’ve got far too much of that already.