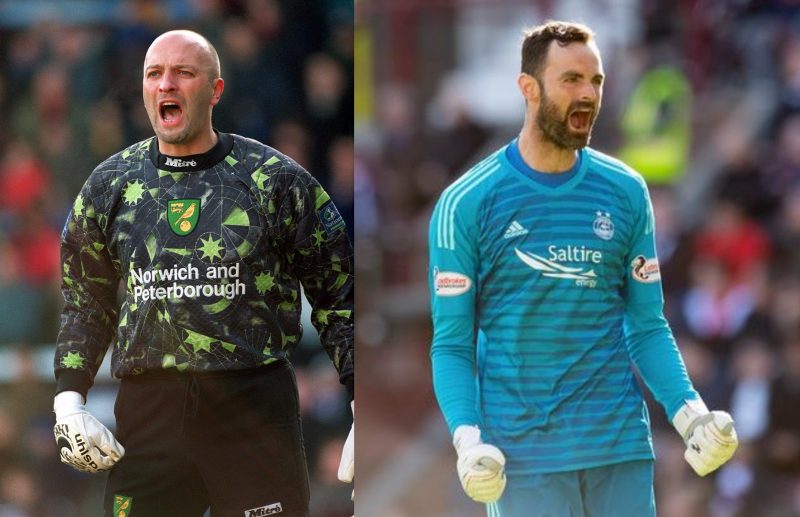 This is a tale of two cities. Don’t worry. This isn’t going to be “it was the best of times, it was the worst of times” and given this year has already seriously out-performed on the “worst of times” score, 2020 can just jog on.

The two cities are Norwich and Aberdeen. But via a diversion to Glasgow.

Firstly, a nod to Chris Sadler who bravely sallied north to explore the many links between the Old Firm and the Canaries but as a proud Scotsman I feel the need to make the case beyond just two of Glasgow’s teams.

Secondly, I’m a lifelong Aberdeen fan. I grew up in Glasgow in the 1980s and had an absolute ball watching Alex Ferguson’s Aberdeen destroy all comers. Real Madrid, Bayern Munich, Hamburg, Rangers, Celtic. Oh, and Ipswich – the Dons knocked out the UEFA Cup defending champions in the opening round of the 1981-82 competition. That must have smarted a bit for the Portman Road faithful.

Glasgow is football-mad. It’s a “think football, play football, watch football, talk football” city. It’s also a city with a hideous sectarian history that plays out in that Rangers and Celtic rivalry. As a kid growing up in that hostile environment, I could sidestep the sectarian divide* and follow my team as they rocked up to Hampden on what felt like an annual basis to beat Rangers or Celtic to another trophy.

So far, so good. The footballing gods were smiling. My Aberdonian dad wisely warned me that my love for Aberdeen FC would not always be this easy or this rewarding. That we were watching an exceptional team, under an exceptional manager, and we might never see the like again. Yeah Dad, whatever.

And then we moved to Norwich. Moving from Glasgow to Norwich is a textbook definition of culture shock. As a teenager, I was very unimpressed by the family’s move to Norfolk. Frankly, I didn’t want to be in the fine city. I was happy with my life and friends at high school in Glasgow and Norwich felt a bit, well, small. And the locals had really weird accents.

I was adjusting to life at Earlham High School and inevitably being called either Jock, Sweaty Sock, or Haggis, when Aberdeen FC helpfully loomed into my Norwich life. One Bryan Gunn. 1986. One of Aberdeen’s Gothenburg legends (OK, he was on the bench but he’s a European medal-winner and he flattened Fergie in the process.) The new Canaries keeper. That helped break the ice at school.

Cheers Bryan, it was very much appreciated.

The Goalkeepers’ Union seems to have very strong links between Norwich and Aberdeen. There’s been a steady stream of ‘keepers moving between the two clubs. Gunny, Michael Watt, Stuart Nelson, Joe Lewis is firmly established as the Dons’ number 1, and Norwich now have the talented young Archie Mair on their books.

Norwich and Aberdeen are two cities with a lot in common. They might be 500 miles apart but both are in the east, both are compact and commercial cities, both often disparaged by fellow countrymen as being the arse end of nowhere, both university cities, both in agricultural regions. Both are also one club cities.

Norwich has been my adopted club for more than 30 years now but the links between my “home” team, Aberdeen, and my “away” team, Norwich City, have continued to delight. Long may that be the case. Bryan Gunn went on to become the official Sheriff of Norwich but fellow Aberdeen signing Kenny McLean definitely brought his own élan to the Sheriff role, albeit unofficially.

James Maddison is another name to inevitably light up the eyes of Aberdeen fans as his on-loan footballing education in the SPL reaped big dividends for both the Dons and the Canaries. Norwich defenders Colin Woodthorpe and, more recently, Steven Smith, have made the move up to Pittodrie.

Oh, and we do have one Canaries manager in the mix. Former Dons player Charles O’Hagan was Norwich City manager in 1920/21 before heading off to manage Seville. Clutching at straws now, City manager Norman Law (1950 to 1955) was born in Aberdeen but frankly that’s good enough for me.

Then there’s the big one. The one that got away. The one, the only, Dean Windass.

Canaries’ manager Martin O’Neill quit the club over Robert Chase’s refusal to stump up for Windass, who then duly signed for Aberdeen FC and became a big fans’ favourite. During his time with Aberdeen, Windass scored 21 goals in 73 games and managed to get sent off three times in just one game. Impressive.

A last desperate clutching of the Norwich/Aberdeen straws. Norwich City FC’s current Head of Legal, Sam Hall, is a University of Aberdeen graduate. So am I, so is my son Luke. And we’re both long-suffering Canaries and Dons fans.

Oh, and that recently retired bloke off the telly, Malcolm Robertson. He’s yet another Aberdonian citizen of the Canary nation. Small world.

*If you’re wondering (and you almost certainly aren’t) why the hashtag the Aberdeen fans use is #standfree, it comes from the Pittodrie anthem Stand Free (sung to the tune of Lord of the Dance). It means Aberdeen stand free from religious and racist bigotry.