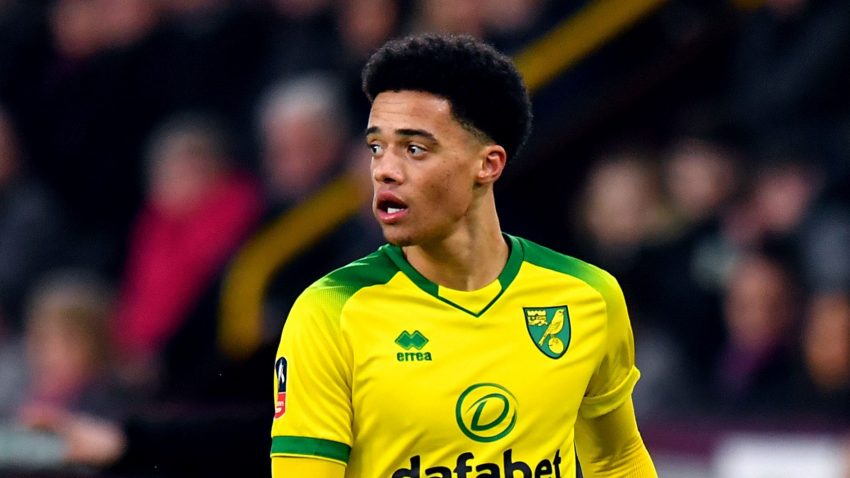 That was quite a weekend for Norwich City.

The excitement of landing Ben Gibson from Burnley, the gathering storm around what must surely be the imminent departure of Jamal Lewis to Newcastle and an uninspiring exit from the Carabao Cup at the hands of Nathan Jones and his physical Luton Town outfit.

Reactions to the Luton match have split the Canary nation down the middle as so often happens during our ever-evolving but sometimes never changing lives following the Yellows.

The mood veers from *we had a whole team plus bench out so what can we have expected* through to a fully-fledged and vociferous element which claims we should not have lost to the Hatters under any circumstances.

Personally I’m in the former camp and am fairly positive that we will not see a repeat of that particular performance at the John Smith’s Stadium on Saturday simply due to the fact that eight of the patched-up Luton XI will surely not be involved against Huddersfield unless the Stieperdude or Timm Klose [I know] are on the bench. My trio to retain for that matchday squad would be Jordan Hugill, Kieran Dowell and Bali Mumba.

Returning to Klose. He didn’t surprise us by picking up his obligatory pre-season injury now did he? It happens just too monotonously and regularly. Although he’s got two years left on his contract I can’t see there’s much of a future here for him especially as we now have Gibson on board. Obviously I hope it’s nothing serious but whenever I hear the words *Klose* and *knee* in the same sentence I tend to worry.

I’m not quite as unsympathetic as MFW readers such as Alex Bain, who mailed me thus: *another season with Klose getting injured. Sorry to say this but if he were a horse he would have been sold for glue by now*.

Black humour is often up there with the best and that line’s no exception. This of course brings me neatly on to Ben Gibson as it makes the timing of his recruitment all the more important.

On the face of it this looks like one of those *hats off to Webber* deals. Yes the loan fee is not cheap and neither are his wages but we’ve got a whole season to evaluate the lad, see how he fits in and if we get promotion we’re obliged to buy him. But not so if we don’t. And that looks a very shrewd bit of negotiation to me.

I’ve also seen it in the public domain that Gibson wanted to join us all along and he has certainly been making all the right noises since coming on board. Despite initial doubts I’m becoming increasingly confident about this signing.

So onto the subject of Jamal Lewis.

I’ve never been a great reader of Mags fansites but as I got up at stupid o’clock yesterday morning I thought I’d check a couple out. Toon fans seem to like Jamal very much and are glad he’s likely to be incoming, but they’re even issuing their own caveats about their club in a way that not even the most disgruntled Canary would ever do.

A couple of opinion pieces and practically all the comments thereon say words to the effect of: Jamal we’d love you here but do you know what you’re letting yourself in for?

Of course there’s the expected tirades against Mike Ashley and all he represents but I was surprised to observe how many Newcastle supporters are on the boycott [been there myself] and just how toxic the atmosphere is in the environs of St James’ Park.

One wry Geordie said he’s rather have Ashley than Delia but make what you want of that remark. 🙂

And of course, we get some lovely Liverpool fans putting their boots in saying we’ve denied Jamal his dream over two million quid as in the difference between the offers.

Personally I always thought Leicester would have been an ideal home for Jamal when they sold Ben Chilwell to Chelsea but it was not to be.

All I will do is wish Jamal all the best. He has been terrific for us over the last couple of seasons and certainly deserves to play in the PL.

But if one of our academy products is to go early it might as well be young Mr Lewis as we are well prepared with Xavi Quintilla and Sam McCallum waiting in the LB wings.

And by the looks of Bali Mumba how could the Black Cats let him go for a rumoured £500,000 plus add-ons. The future doesn’t look too bad at RB either when you factor in Sam Byram.

Something tells me Max might be the next [and hopefully the last for a while] out of the door.

Oh and I can’t end without congratulating the Binners on their Carabao Cup progression can I?