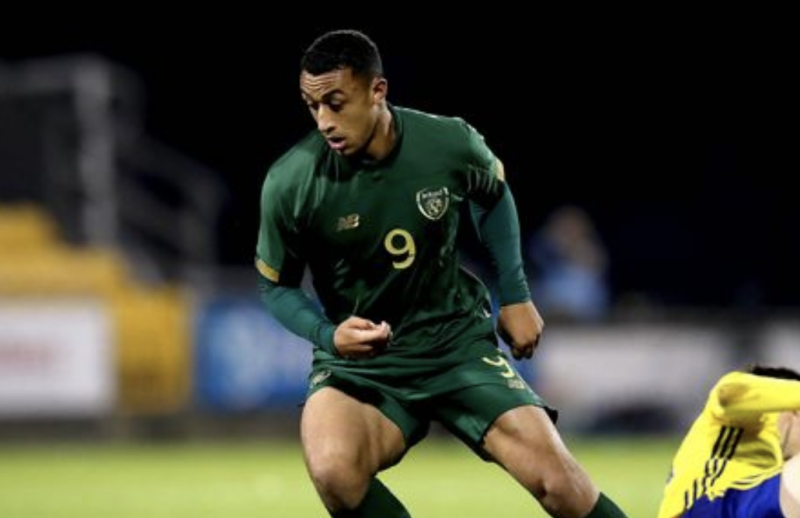 Cometh the 81st minute, cometh the young Irishman. That selfless cutback from *old-stager* Teemu Pukki to Adam Idah, which was put to bed with aplomb slowed the over-beating hearts of the Canary Nation.

It was just sheer bloody relief for surely almost all of us as in… what 12-game losing streak? What inability to win behind closed doors? What team cannot keep a clean sheet with Ben Gibson still to emerge?

As some wag said elsewhere, we’re now 15 games unbeaten in the Championship which is actually well worthy of our collective consideration.

But more of Adam [call me EEdah] Idah later as I have more in common with him than I would ever have imagined.

Our win at the John Smooth’s Extra Smiths stadium was not sprinkled with stardust. Of course it wasn’t but it was just the kind of opening match result and performance that we would have all taken before kick-off.

Huddersfield created very little and we could have won by more, no doubting that. But a prile of points is what counts and it’s been a long, long time since we achieved that feat. Six months ago in fact.

Yes, we could have a brace of penalties. The forearm of Juninho Bacuna was blatant, there’s no hiding that one to these eyes. But talking of forearms I had no idea Todd Cantwell was into MMA so it could have worked both ways.

Afterwards a clearly satisfied and content Daniel Farke mentioned the honesty of one of our less favoured referees, Geoff Eltringham, who personally apologised to our head honcho for his penalty refusals. I reckon that’s even more admirable these days as some refs appear to think themselves above that type of conciliatory action.

Farke was equally honest when he said: “I will tell you a secret. I was not happy with Adam [Idah]’s performances in training during the week and there was a proper outburst from me”.

Would Daniel have said that should we have lost? Make your own minds up on that one if you will.

And while contemplating that, let’s also consider how many of the squad were bench-bound or omitted altogether.

It was absolutely great to see Jordan Hugill, Alex Tettey and possibly another couple of players I cannot recall congratulate Idah in the pure, big-hearted and genuine way that they did. It bodes well for the future in terms of our esprit du corps.

As MFW regulars will know, I’d far rather we were in the Premier League but one of the great bonuses of Championship participation for me is watching the EFL on Quest rerun on a Sunday morning.

Colin Murray is a darling and yesterday he was joined by Paul Cook of Tranmere and Wigan fame and Sam Parkin who has played for Walsall, Rochdale and quite a few clubs in between. They came up with a couple of gems between the three of them – and not a patronising comment in earshot.

Sam was extolling the virtues of newly-promoted Swindon Town, who feature three players called Smith in their squad.

Colin chipped back with *there’s no need to panic when you’ve got the Smiths* without mentioning Norwich in that context before going on to make a further Morrissey/Marr reference that Sam got and Paul? Maybe.

Paul Cook later said he was so touched when a young Wigan supporter sold all his toys in a garage sale and donated the money to the club that he subsequently took a signed shirt round to the lad in question only to be told it wasn’t from his favourite player!

How fecking refreshing after Krispy Lugs & Co is that?

So to end with here is my tenuous connection to Adam Idah.

Adam was born and bred in Cork in South Western Ireland. As was one of my grandfathers – apparently. Adam grew up under the GAA discipline, which included him playing Gaelic football and… hurling. Former schoolmasters say he was adept at both until being streamlined into FAI football only.

As part of my job I did two successive years covering the Irish Science Teachers Association’s annual conference at Jury’s Hotel in Cork. My surname has the extra ‘E’ in it as in Penneys statement stores in Dublin and Cork – think small Bloomingdales.

The conference was not for the faint-hearted as it ended on a Saturday with an extremely boozy Ceilidh. The second year, good folks I’d met called Finn, Declan and Stephen asked me if I’d like to “go to the Pairc” to watch the hurling on the Sunday – Cork against Kilkenny I think.

Three sheets to the wind I bit their hands off.

The next morning Finn banged on my hotel room door and slung a cellophane packet at me saying: “put that on. We’ll not take you if you don’t”. It was a brand new red & white hooped Corcaigh Rebels top.

I put it on, we went to the hurling, got incredibly merry again and I had to have a further night in the hotel to recover before scrounging a lift to the airport and flying home.

This must have been around the time Adam Idah was born.

And yes I’ve still got the shirt, which I’m very proud of.

But not as much as Adam Idah must be about his Irish full cap and NCFC ones.

What a couple of weeks for the young man.