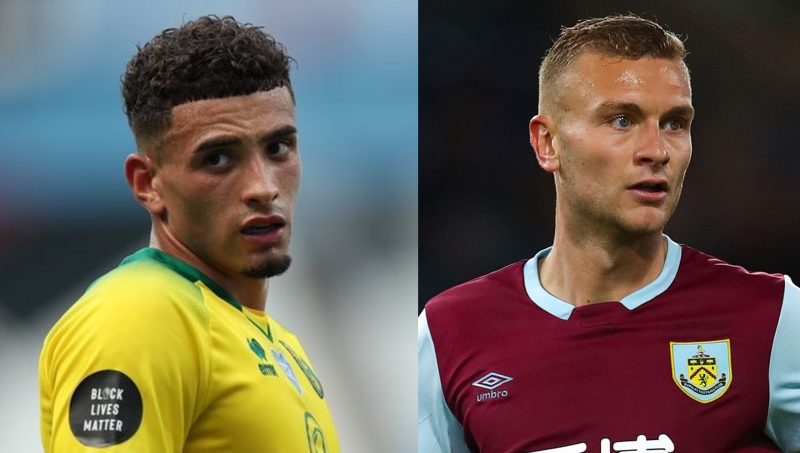 Norwich’s centre-half pairing on Ben Godfrey and Ben Gibson could have a massive say in ensuring Norwich gain immediate promotion back to the top-flight.

The momentum gained from storming the Championship was lost instantaneously when a series of injuries disrupted the Canaries’ back four.

Having all four centre-back’s was a luxury seldom served. Critiques of the recruitment reverberated within the Canary echo chamber, but an additional central defender would have been somewhat perplexing considering Timm Klose and Grant Hanley’s minutes the season prior were few and far between.

On a more technical note, the profile of City’s defenders was raising a few questions. Of the seven utilised by Farke, none were naturally left footed.

With Akin Famewo returning to Colney, following his loan at St Mirren, and Ben Gibson joining on an initial season-long loan, Farke now has two at his disposal.

Whether it is a major issue or a minor point is an ongoing discussion, but, for me, having that balance provides a number of benefits.

Tactically, City rely heavily on slow and patient build-up. We all know the procedure, but the centre-back’s split, pushing the wing-back’s high. This creates space for the midfield to drop in, finding pockets of space they can receive possession and, in turn, progress the ball up the pitch.

In Norwich’s recent fixture against Luton, Klose lined up on the left of Christoph Zimmermann in defence, before the Swiss was substituted in the 58th minute.

As is evidenced by the photo below, Klose often cuts into the middle of the pitch, condensing the play towards the right-hand side.

Norwich have consistently had more of an attacking emphasis on that flank of the pitch, with Max Aarons and Emi Buendia – City’s right wing-Back and midfielder respectively – playing an active role in offensive threat for the Canaries.

But while there is no doubting their technical influence, is Norwich’s lack of balance in the centre of defence resulting in a tendency to direct play to that side of the pitch?

For example, Lewis’ goal against Leicester initially started down on the left, but once possession was recycled, Godfrey immediately switched it to the right.

Everybody will be aware of how this phase of play concluded. While it culminated in a contender for goal-of-the-season (not much competition, mind), the initial pass Godfrey receives showcases how his body is set up and how a left-footed player would curve that ball down the flank to Lewis.

Godfrey’s diagonal switch to Aarons has become a popularly utilised pattern of play under Farke. It allows for an immediate switch when the left-flank isn’t productive.

Typically, City will play with an inverted number 10 on the right. Buendia has made that position his own in recent years, but we’ve seen Todd Cantwell, Kieran Dowell, Alex Pritchard and James Maddison all operate that role in recent years.

This creates space for the right wing-back to overlap into. While similar patterns of play occur on the left – particularly when Cantwell is involved – Norwich traditionally use a more traditional wide-player on this side of the pitch. Josh Murphy, Onel Hernandez, and more recently, Przemyslaw Placheta, operate as inverted wingers, reducing the space for an overlapping wing-back. In short, City will always have a stronger attacking emphasis down the right for tactical and personnel reasons.

Whether Norwich City will use Bens Godfrey and Gibson in tandem remains to be seen. The luxury might even be taken out of Farke’s hands, but by introducing a left-footed central defender, City should have a more balanced defensive and offensive unit.

The left foot of Gibson will allow for the trajectory of passes to curve away from opposition players, as opposed to into their path, which currently happens with Godfrey.

The same impact will be felt for Godfrey. Norwich will have two central defenders more than comfortable playing out from the back. Whilst both Zimmermann and Hanley – City’s typical habitants of that position – have improved their technical game immensely, it’s not a natural part of their play.

Zimmermann will continue to get the nod for now, but Gibson hasn’t come here to spend yet another season on the sidelines. The BGs feel like a Premier League pairing in waiting and could be pivotal in City’s promotion push.

Todd Cantwell vs Emi Buendia: What does the future hold for Norwich City’s starlets?