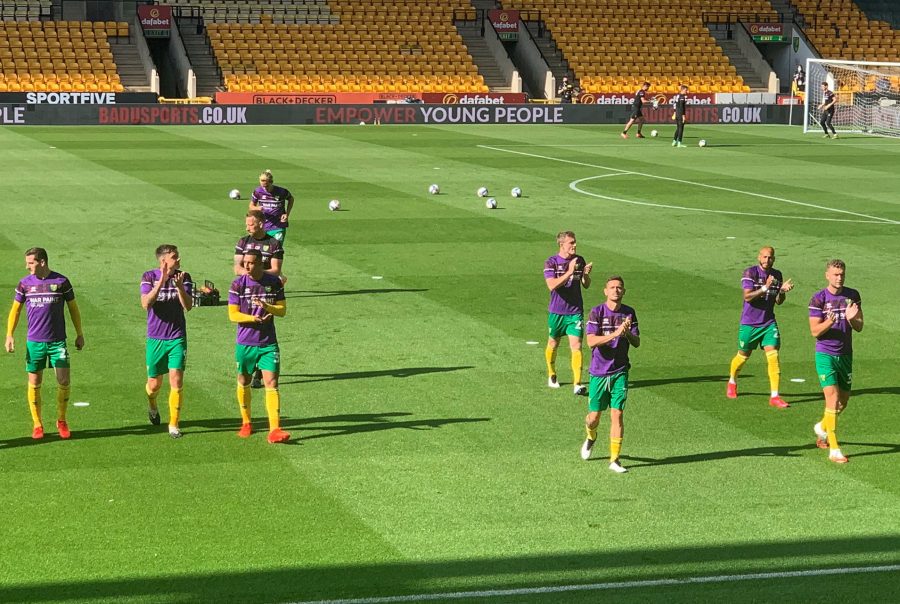 A good game for the neutral? An overall fair result? Or merely an indicator of how our performances are likely to ebb and flow until this wretched transfer window is laid to rest? All three in my book.

Gary G summed up the game itself perfectly yesterday so I’ll just add a few observations.

Nothing has changed much at the back. It would be easy to castigate Ollie Skipp for a very naive push on Preston’s Ben Davies to give away a penalty and possibly for going awol when Scott Sinclair was given the freedom of the empty Barclay end just before half time, but he’s a young lad and has much to learn. That’s why Spurs loaned him to us in the first place of course. I really like him.

Interestingly midway through the second half Ben Godfrey – he of the heroic goal-line block – swapped sides with the very off-colour Zimbo which could have been for an obscure tactical reason, or, can we expect to see Ben Gibson at Bournemouth, which I think is quite possibly going to be the case. Gibson did not come here to sit on his butt and his time may have come.

Looking further forward, Kenny McLean has come in for a lot of stick and there is an argument for Godfrey to move further forward thus allowing a centre-back combo of Gibson and Zimbo. I don’t think Farke will go for that option as he seems adamant Godfrey is exclusively a centre-back and McLean appears to be the first name on the teamsheet after Tim Krul.

At the top of the shop, Teemu Pukki looks to have got a little bit of his mojo back courtesy of a break from the hapless Declan Rudd, with the same keeper denying him at the end with a terrific stop from the Finn’s instinctive near-post flick.

Onel Hernandez was outmuscled far too many times and when Adam Idah replaced him a tiring Preston rearguard did not like it. The enigmatic Przemyslaw Placheta missed an easier chance than he scored but oh boy did he keep his head up so there must be a big old bushel of self-belief there. I was really pleased for the lad when he got the equaliser, which led to a fair result, IMO anyway.

As for the early injury to Kieran Dowell, it looked as if they tried to give him the chance to run off an ankle problem but it didn’t work out and he had to quit for Placheta. As I understand it, any kind of ankle problem has to be encased in a protective boot these days and you can’t walk in one of those without crutches so let’s hope it’s all precautionary.

Our Emi has had suspensions plus a couple of niggling injuries. The latest one seems to be an aching shin after a training knock as late as Friday. Some conspiracy theorists are about but, for now, I’m taking it at face value. Who knows?

And then we have the typically passive-angry Daniel Farke who is saying the Max Aarons-Barca rumours emerged at just the wrong time. I’m not buying that one as Max will have been kept informed by his agents and the interest from the wobbling Catalan giants will hardly have come as a shock to him.

Max was still my man of the match on Saturday in any case – we’ll have to let it roll.

Surprisingly I found iFollow incredibly easy to navigate and the picture quality was really rather good. I wasn’t expecting the bonus of commentary from the Radio Norfolk team of Chris Goreham and on this occasion Darren Eadie, but I thoroughly enjoyed it.

I wasn’t quite so keen on the half time interlude but like all of us I’ve got a mute button and deployed it accordingly.

And wasn’t it wonderful to see [and hear] the mighty thousand who gave us so much backing!

Most of them hardly looked like Ultras but they did their bit and I hope they all had a fantastic afternoon.

I’ll join you all when full capacity is restored.