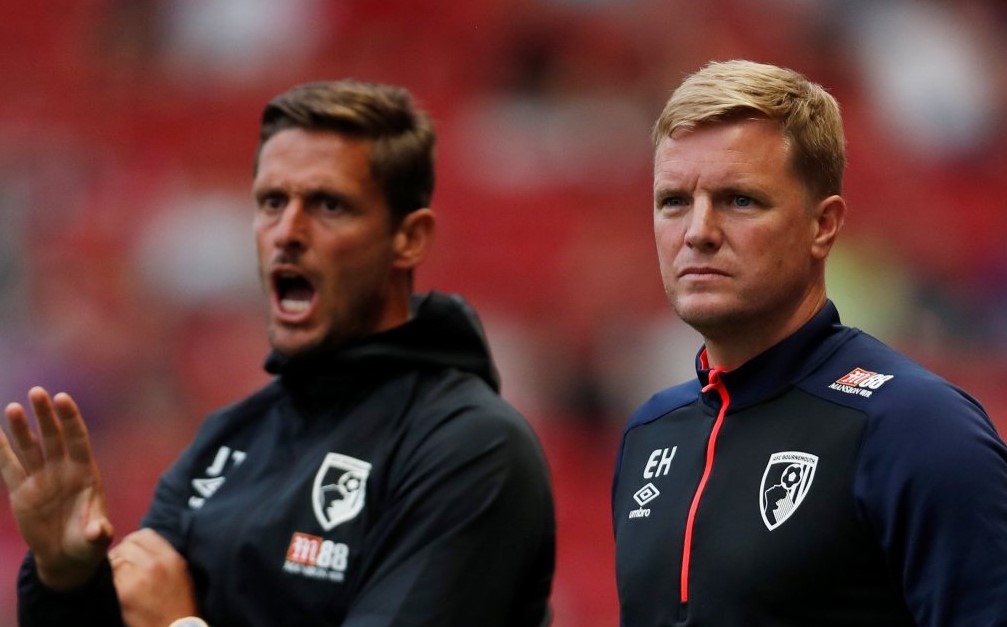 Let me open with a disclaimer.

I find it difficult to take a balanced view of AFC Bournemouth.

The problem stems, of course, from its portrayal on the BBC and elsewhere as “plucky little Bournemouth”, “Cinderella team Bournemouth” and so on.

Not to put too fine a point on it, that’s irritating garbage which makes it hard for some of us not to feel overwhelming resentment towards the club.

The truth is very different. Through the financial instruments of AFCB Enterprises Limited and the Opalus Trust, Bournemouth is owned by the Maxim Demin family who’ve poured untold millions into the club.

In particular, in 2014-15 they calculatedly drove a coach-and-horses though the Financial Fair Play rules in order to assemble a team to win them promotion to the Premier League. They took the £5m fine with a smile – all the way to the bank.

With that off my chest, it’s right to acknowledge another side to the coin. Bournemouth stayed in the PL for five years, to the point where it was something of a surprise that they were relegated with us last season. Under the bright and engaging Eddie Howe, they played some good football, made the most of their resources and deservedly won many admirers.

OK – emotional indulgence over. That history’s interesting, especially for the contrast in corporate behaviour to that of our own club, but its relevance to Sunday’s game is limited.

Since the end of last season, Norwich fans have seen a few changes of playing personnel and tactical tweaks, but otherwise much of the same set-up.

Bournemouth have gone through greater upheaval.

Eddie Howe has been replaced by his assistant for over a decade, Jason Tindall. While that may indicate continuity of style and culture, they’ll be doing it with a seriously re-vamped squad: the turnover of players has been more dramatic than at Carrow Road.

Not that we should start thinking of Bournemouth’s team for Sunday as a weak one. They built considerable strength in depth during their time in the Premier League. Three of their four most expensive signings (all costing at least twice as much as Norwich’s record buys) are there and likely to feature on Sunday: midfielder Jefferson Lerma, striker Dominic Solanke and defender Diego Rico.

Highly-rated David Brooks is still at Bournemouth, as are seasoned top-flight pros like Dan Gosling. It’s not a bad squad to choose from.

Norwich and Bournemouth have made parallel starts: a win and a draw in their first two league games. Both have shown positive spirit and encouraging signs; both have rough edges that they’ll be keen to smooth out.

For better or worse, Bournemouth will have played two extra games in the Carabao Cup – including an 11-10 win on penalties over Crystal Palace.

At an individual level, both teams’ main striker – Pukki and Solanke – will be relieved to be off the mark after a struggle in the Prem. It’s a great shame for City to lose Kieran Dowell to injury, but our creativity will be boosted by the return of Emi Buendia.

Jefferson Lerma against Oliver Skipp could be a tasty midfield encounter.

For the neutral, it should be a competitive and – by Championship standards – quality match. No wonder Sky originally picked it out for live coverage.

For the two clubs and their fans, there’s a psychological prize that outweighs the immediate three points.

Clubs who come down from the Premier League are inevitably favourites to bounce back – but we know that few actually do, especially at the first opportunity. The biggest reason is the losing mentality that accompanies relegation.

Both Bournemouth and Norwich have made encouraging starts, but with some lingering fragility. Victory over a fellow ex-Prem team would consolidate the mental upturn, while defeat would be a setback.

On the basis of our more stable squad, I’m going for Norwich win, 2-1.  I wouldn’t be too unhappy with a draw.