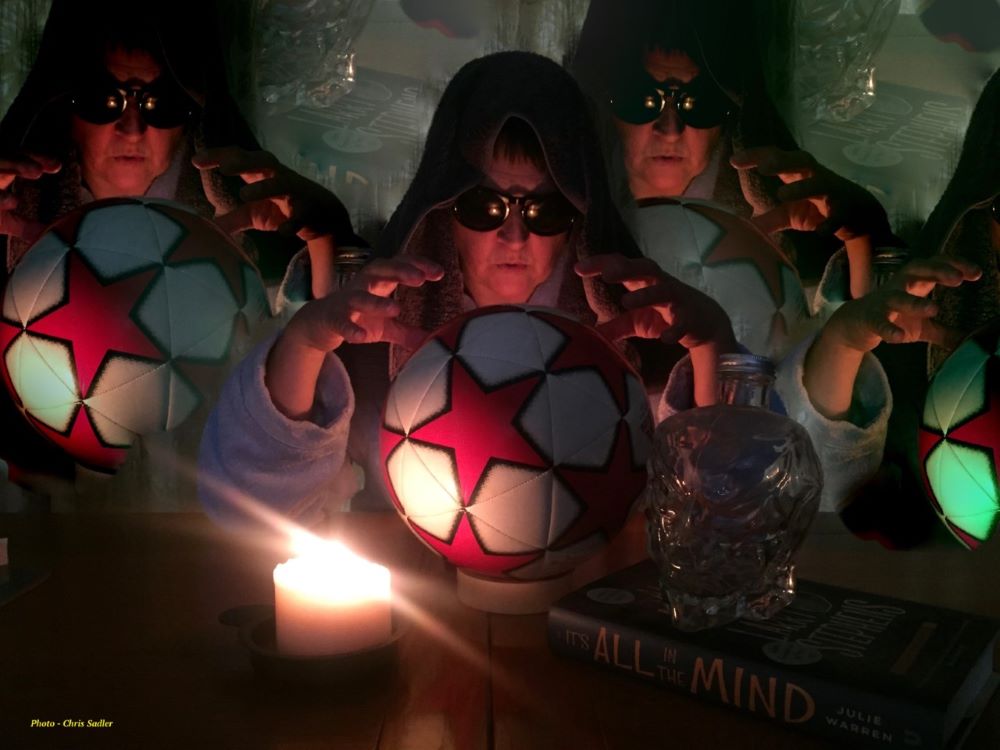 Sometimes to uncover the truth you have to turn back to what works best; the old ways, the reliable ways – country wisdom and rural folklore.

There lives in our village, down a leafy and lonely track, a grizzled man as old as time. No one knows his name or where he came from but his hermitic life and scary chickens have lent him a certain mystical aura.

Some say he speaks to the birds, some say he knows the future, some say he has a scrying bowl made of gold. Some say all this and more. The only certainty is we all know him as… Nostrafarmus.

I had to take a short cut past his hovel this week. He was standing at his ramshackle gate chatting to some nodding crows. I tried to hurry past, but he stopped me, gimlet-eyed, and issued a chilling statement:

He beckoned me closer, his eyes steady and hypnotic. I gasped as he thrust a carefully folded scrap of parchment into my shaking hand. He leaned forward until, in a barely audible whisper, he hissed,

‘Then tell them this…’

I ran home and rang MFW editor Gary immediately. I read out to him what the parchment said. He gasped and said, ‘We have to tell everyone…’

This is what the old man said…

‘There is one called ‘Godfrey’ – It is time for his change. There are powers behind him guiding his path. He has focus, drive, and the spirit of a lion. He will depart during the shadow of winter. I see 25 million gold coins drop into an empty house by the Wensum. More coins fall in the months after. There are sad faces. Happy ones too. All is quiet and content.

‘The spirited one called Buendia will be anxious to rejoin Iberia but his fire will burn many fingers. Mid-winter takes its toll.

‘Cantwell will recant and lace his boots in yellow and green once more. He lives at the Carrow for eighteen months more before joining the lost hero Mad Son.

‘Pukki will see the sun set on his years until he returns home to the fire and ice. There will be comfort for him there. Tettey will lead the way north to a warm fireside.

‘Aarons is a winged-messenger and his time will come. Not long now. Foreign shores beckon by boat or plane. He will bear flowers and flourish like a second-flowering bloom. He will think fondly of his past times. Gold coins roll down Gas Hill. Many, many gold coins.

‘There are also three in the cold. Outside they stamp their feet and blow into their hands. They wait. They will not wait long. Three carriages will come and take them to grass. Greener at first. Maybe at last.

‘The leader Farke. He loses a friend within twenty-four months. One will leave, one will stay. I cannot say who. The end of the adventure and the start of the beginning. The journey will never end.