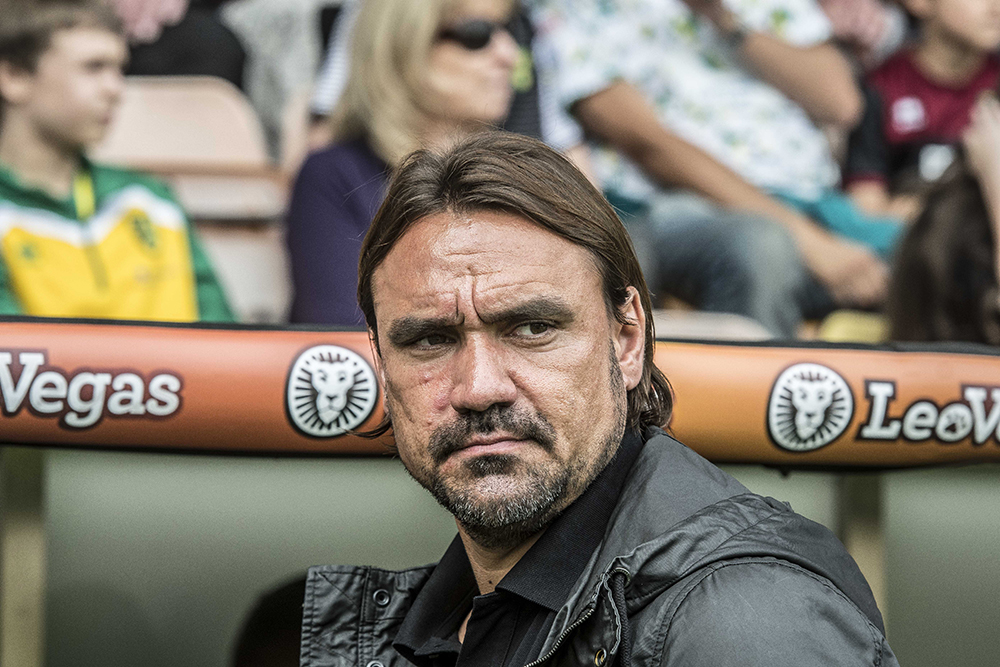 Do you get the feeling you’ve been cheated? One of the most famous quotes from one Johnny Rotten who said it somewhere in the USA after the final Sex Pistols gig in 1978.

He then reverted to his given monicker of John Joseph Lydon, enjoyed a successful career with PiL and sold out any credibility he ever had by donning a stupid check suit and indulging in paid television advertising for Country Life margarine. That’s margarine, not magazine.

But [faux punk as he turned out to be] his point remains. Ever feel you’ve been cheated?

We gave a reasonable account of ourselves at Dean Court on Sunday. There’s no point in me covering that territory again but I feel cheated because: Emi Buendia and Todd Cantwell were both pronounced as fit for selection. Then it filtered through the undergrowth that apparently “it wasn’t their type of game”.

If it wasn’t their “type of game” why the heck was Onel Hernandez starting and, of all people, Josh Martin on the bench?

By implication that means it must have been the sort of game for Ben Gibson and Jordan Hugill. They got 10 minutes between them. Or rather Hugill was brought on around the 80 minute mark and Gibson continued to cultivate his close relationship with the bench.

A third physically awkward option, Marco Stiepermann, was allegedly also fit for selection but not included in the matchday squad. So, loosely, we had four potential number 10s unavailable as in Emi, Todd, Marco and the unfortunate Kieran Dowell. We didn’t have a single full back on the bench either.

My pre and post-match reactions are exactly the same and surely inevitable as in wtf is going on?

I have never questioned the honesty of Stuart Webber and Daniel Farke and I am so hoping I shouldn’t begin to do so now. But if Todd thinks he is off to Leeds and Emi has also had his head turned towards directions new then don’t beat about the bush: tell us.

Supporters [apart from the few usual eejits] would understand if Todd and Emi are on their way. I’m sure most NCFC fans would join with me in saying a sincere thank you to both of them and wishing them all the best for the future, wherever that might be.

If we choose not to play Todd in case he might get an injury and scupper a deal for himself, his agent, Norwich City and the potential buyer, fair enough. Certain people were sweating like prime porkers when James Maddison got injured prior to his successful [for all concerned] move to Leicester City.

We all know that and accept it – that’s the way self-financing works. I disapprove of the concept but at least have the common sense to reluctantly accept it while the Smiths are at the helm – e.g. for the foreseeable future.

Let’s hang on a minute. Forget the “Dereham Deco” tag. Young Mr Cantwell seems to have forgotten his roots and who helped him to where he is now. How does he repay us? With no ostensible effort, commitment or enthusiasm to the point whereby he has been dropped from the matchday squad.

Okay mate, you want a move but don’t put your parts on. There’s no need. If [when] that offer comes in don’t leave us with bad memories. Treat us with respect like Madders did – and still does.

But it’s too late now. We don’t like you any more Todd and the quicker you go the better. Let’s see how you get on at Leeds or wherever. With absolutely no malice aforethought it looks like you’ve already peaked. Bring on the sale even if Delia will only hoard the proceeds.

Then there’s the spectre of Emi modelling the new third kit. Anyone see a forked tongue emerging from the depths of the photographs?

Who got him out of La Liga II? Erm, well, it was Stuart Webber. Who encouraged him to become what and where he is now? Daniel Farke and his coaching staff, that’s who.

He’s se vende even if only through his very recent actions. Adios Emi, gracias but vete a la mierda. Pronto.

Daniel Farke spoke later than usual after the game and said:

“I expect every one of my players that shows me during the week that they feel the desire and responsibility to wear the yellow shirt.

“If I have the feeling that a player is not fully focused or switched on or not full of desire to wear the yellow shirt, I will always travel without them.”I prefer to play with players who’ll leave their heart out on the pitch. I saw 14 players out there today who played like warriors. I really feel for them because they deserved much more out of the game.”

Now what does that tell you?

I know what it tells me.

Farke’s in a dreadful situation and it seems like I’m not the only one who’s ever felt cheated.

As a great antidote to John Lydon I’d like to join with possibly the finest singer of my lifetime and ponder: