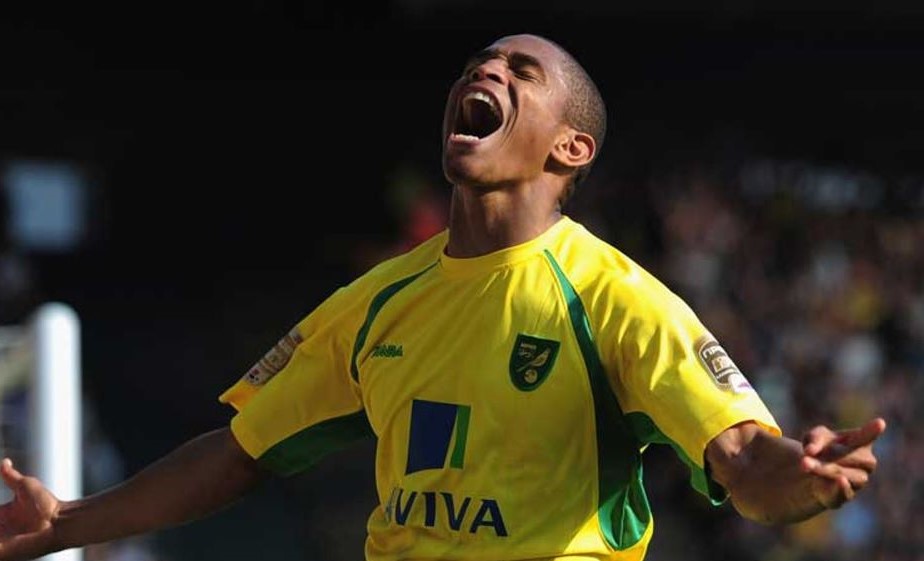 One to appeal to the nostalgic side in us, so enjoy the memories …

Another game against one of the Football League’s founder members and a club with a rich history and a large, passionate fan-base. This Saturday we welcome The Rams, Derby County for a lunchtime kick-off at Carrow Road.

Considering the pedigree of Derby County, Norwich’s head-to-head record against them is very impressive with 28 wins and 19 draws in 68 meetings. This included a run during the 1970s and 1980s of just four defeats in 23 games and a purple patch of six consecutive wins (we managed to do the double over Derby for three seasons in a row).

One of those rare defeats, on 18 February 1984, was unexpected as City found themselves on the wrong end of an FA Cup shock. Derby had fallen a long way from the Championship winning highs of the early/mid-70s and by the time Norwich visited the Baseball Ground for the 5th round tie, Derby were in a relegation fight in the old Division Two (a battle they eventually lost and were relegated to Division Three).

Norwich were mid-table in the top division and had already beaten Aston Villa and Tottenham. The fact that Derby would go on to play lowly Plymouth in the quarter-final made the 2-1 defeat even tougher to take; City being undone by the infamous Baseball pitch mud-bath and a goal from veteran European Cup winner – Archie Gemmell.

Our first fixture against The Rams came in the other cup, the 1960 League Cup, and ended in a resounding 4-1 away win for Norwich. The first-ever league meeting then followed only a fortnight later and a 0-0 in Division Two.

After competing together for nine seasons at that level, Derby went up as Champions in 1968/69 under a young ambitious manager – Brian Clough. By the time Norwich joined them in 1971/72 Derby County was crowned Champions of England a feat that they repeated in 1974/75.

Impressively, Norwich’s first-ever top-flight home win came when the defending champions visited Norfolk on 27 August 1972 with City winning 1-0 (Cup slayer Archie Gemmell was in the Derby side that day!)

Our last top-flight meeting was in the pre-Premier League days and a 0-0 draw in February 1991.

Absent from the Norwich defense that game was, at the time, club-record signing Paul Blades. Blades had made his name at Derby County and was Norwich’s big-name summer signing in 1990 joining for a club-record £700,000. A strange signing given Norwich’s back four was both settled and effective and as such Blades never really established himself in the starting 11. After just 47 appearances he was eventually moved onto Wolves for half of what City had paid.

Talking of club record transfers, a Norwich player became Derby’s record signing when he moved to the East Midlands in summer 2007. The player, popular striker Rob Earnshaw. The £3.5 million that Derby paid, activating a contract clause, was another disappointment for City fans during a difficult period for the club.

Another popular Canary striker was Ashley Ward who joined Derby from City in March 1996. Ward had joined in 1994 and despite a decent scoring record was unable to prevent our relegation in 1995. He continued to score in the Championship and his sale was met with anger by the home faithful; another player cashed in while the club continued on its downward spiral.

In more recent times there has been a couple of memorable games v Derby that have defined Norwich’s promotion campaigns.

On 28 December 2003, it was a very happy Christmas in the Pride Park away end (Derby had relocated from the Baseball ground in 1997) as second-half goals from Fleming, Mackay, McVeigh, and McKenzie earned an emphatic 4-0 win. It marked City’s first big away win in a season that would conclude with the Championship trophy and a result that made the rest of the league take note.

An even bigger occasion happened on 25 April 2011, a game that will live long in the memory of those lucky enough to have been at Carrow Road. The old ground was shaking when chaos broke out in the stands as Simeon Jackson snatched a dramatic late winner (to seal his hat-trick) to beat a resilient Derby 3-2. The result was huge in the context of Norwich’s season, keeping them in the runners-up spot where they. of course, eventually finished.

In our latest promotion-winning season – Derby (under Frank Lampard) took four points of Farke’s Champions, included a bizarre Christmas meeting where Norwich had led and were comfortable before the floodlights went out only for Derby to emerge from the darkness with a couple of late goals and an unexpected 4-3 win.

Hopefully, it will not be lights out for the Canaries in 2020/21 as we look to make an immediate return back to the promised land.

Just a quick reminder that this season there is an ‘Al and Val’s We Meet Again’ podcast to accompany my weekly articles. Myself (Al) and my good friend and NCFC season ticket holder Val discuss previous Norwich v Derby encounters as well as a range of wider topics all relevant to our club – Norwich City.

“This is not a paywall,” Rick Waghorn (founder and owner of MFW) explained. Nor is it about to line the contributors’ pockets with anyone’s hard-earned silver – their ‘payment’ remains a slap-up breakfast at Bills before the final home game of the season.

This is about helping to cover running costs and to fuel a few ambitions of what might be possible with an extra dime or two.”

For those who may be able to help us, our Patreon page is here: Become a Patron!

Job done for #THFC. A 5-0 win over #NCFC, a place in next season’s #UCL ahead of Arsenal, and a joint Golden Boot for Son.

✍️ My piece from Carrow Road, for @ProstInt