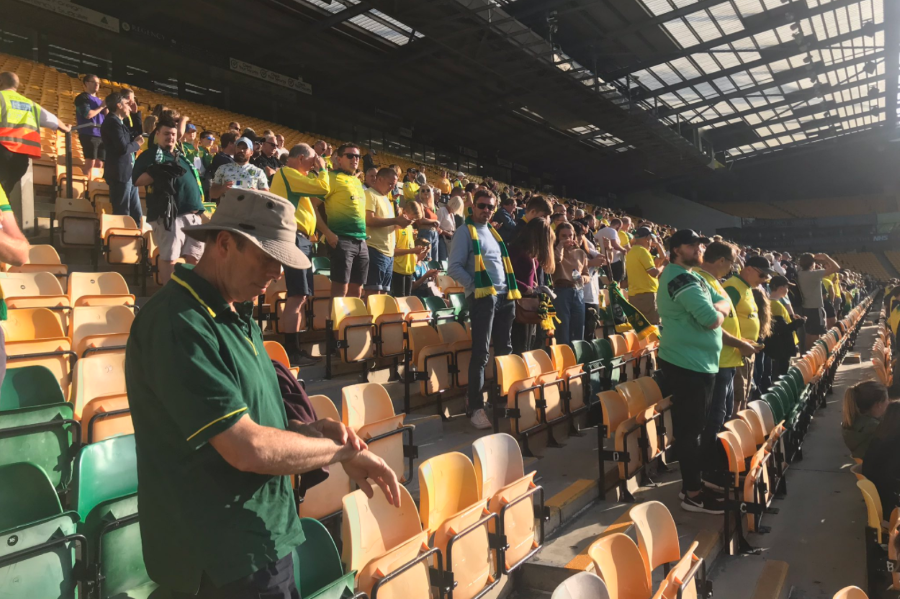 After digesting the weekend’s result and trying to look at it objectively, I came to four conclusions:

1) The staggered transfer window is ludicrous

We have no idea who is going to be here or not. We already know Emi Buendia and Todd Cantwell, our chief creators, have been affected. As a result, it has then been a case of picking players we know are out of form or not as creative as those two.

When you look at the players we have brought in like Kieron Dowell, Przemyslaw Placheta and Jordan Hugill, they are not what you would call “Farkeball” players. We are trying to play the same system from the last two years but it’s not clicking because the players now have different strengths. We need to evolve.

With everyone fit and if – a huge if – Max Aarons and Buendia stay, we need to play, in my opinion, a new system.

It’s the same 4-2-3-1 formation but, starting at the top end of the pitch, Jordan Hugill needs to lead the line. We are now producing so many crosses into the box in every game now compared to recent seasons, it seems crazy to not play the striker who would relish it.

The trio behind Hugill could, for me, be Przemyslaw Placheta, Buendia and Josh Martin. By doing this, Buendia is central and can get more involved in the middle of the park just as Wes Hoolahan did for us in his prime.

By having Placheta and Martin out wide – essentially to deliver crosses into the box at pace – we can also take advantage of Buendia`s passing range because if he picks it up centrally on a counter-attack he can deliver the ball over the top of the opposition defence to give Placheta and Martin something to chase.

Moving on to the central midfield partnership, Oliver Skipp and, when he’s fit, Jacob Sorensen looks a good fit. Skipp, as we know, can play the ball and put his foot in when necessary and by adding Sorensen into the mix you have a player who can also play with the ball, as well as being the enforcer who breaks up the play.

By having Buendia centrally in front of them, if they win the ball back they’ll immediately be able to try and get him involved to instigate an attack.

The back four is pretty straightforward: Xavi Quintilla, Ben Gibson, Grant Hanley and Aarons. We know that both fullbacks love to push forward and put crosses into the box; something Hugill will thrive off.

Gibson and Grant Hanley, especially when he’s 100% fit, are my preferred pairing as I believe they’ll complement each other well.

Gibson was good on Saturday and will only get better. In his first game in two years he had 119 touches, 110 passes at a 91% completion rate. Those stats bode well the rest of the season.

In my mind with this system, with the wingers attacking down their respective sidelines Hugill will be in the box with the two centre-halves for company.

If Buendia pushes into the box, he will have a defensive midfielder for company, which leaves a large gap between the opponent’s defensive line and central midfield.

One of Skipp and Sorensen whoever is closest needs to fill that void by making a late run this will result in him getting to the outside of the box for any knockdowns or poor clearances from the defence.

If he is not tracked by the second central midfielder he will be unmarked in that space, if he is marked and they clear their lines they are hampered on countering on us as they have no central midfield, meaning it goes wide or long to the lone striker who is covered by two big centre-backs.

This one is big. In the promotion season we were told that the fans offered an extra 10% for the players. Since no fans have been inside Carrow Road our results have nosedived. When us being the “extra 10%” was mentioned I scoffed, thinking it was just talk to gets fans more involved.

But now it clearly looks real and is something the players need. If you think back to the atmosphere of the Man City game and the Millwall 4-3 game, you can see how the crowd inspired the players, cheering every tackle and interception.

You can now notice the difference. It doesn’t feel right and ,as if you are just going through the motions, many games I end up switching over from.

Players will always come and go, but at the moment football is missing what makes the game so great – the fans. Hearing the passion rolling down from the terraces for the badge they have on their shirt is what makes football.

Anyway, I’ll be off to the cinema this week as it’s fine for me to do so under the government’s guidelines, even though it’s not okay for me to sit in the open air at Carrow Road to watch a game, and even with stringent safety protocols in place.

Allowing even five thousand people to every game would be a real boost and something many countries, such as Germany, are doing. People will say it is only a football match but for many, it’s not. It’s everything that goes with it and, most importantly, the social aspect. Being able to talk to people and having a laugh improves so many people’s mental health and could ultimately save lives.

A petition entitled ‘Allow football fans to attend matches at all levels’ has been set up and has already reached over 100 thousand signatures, which will trigger a debate in Parliament.

Sound advice from @iwanroberts73 in the EDP. @ToddCantwell_10 has the biggest opportunity in his career at Rangers. - #ncfc

Develop your career - then your brand, - without a career - there is no brand to buy in to.

How I think we line-up against Burnley tomorrow 🔰 #NCFC

Cardiff set to appoint third manager of season - much loved player to be assistant - https://fanbanter.co.uk/cardiff-close-to-appointing-third-manager-of-season-much-loved-player-to-become-assistant/