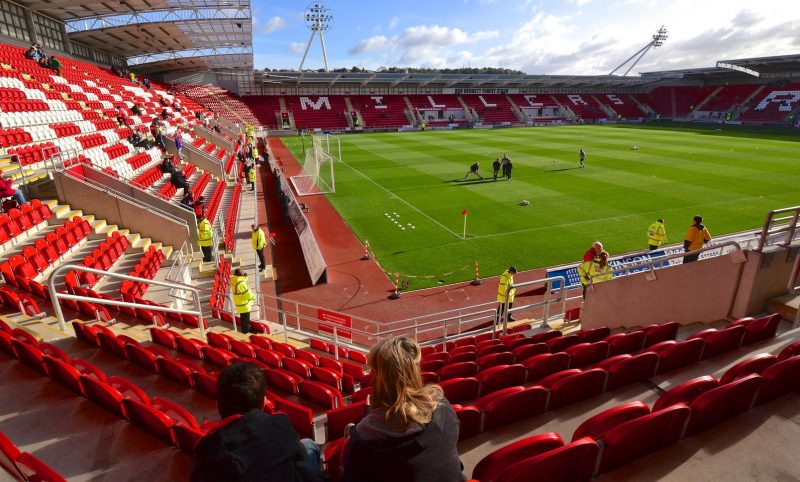 Next up is a club managed by of our own, Paul Warne. Born and bred in the fine city, Warne played for a trio of local clubs; Yarmouth, Diss (where he won the FA Vase in 1994), and Wroxham, before getting his break in the Football League at Wigan. However, it was at Rotherham where he made his name after 257 appearances for the Millers followed by a transition to manager in 2016.

Warne speaks openly about his love for Norwich City but his heart is also with Rotherham, forged by a long association with the club that cumulated in a testimonial.

There hasn’t been a lot of action between Norwich and Rotherham since our first meeting in the old second division during the 1960/61 season. We won both games that year although Rotherham beat us twice the following 1961/62 season.

I’ll therefore fast-forward to our latest set of fixtures, the two games in the 2018/19 season. We may have finished 20 places and 54 points clear of Rotherham but were given a testing time in both games.

The 3-1 home win came during a purple patch (Norwich’s seventh win in eight). But we had to work hard as a dogged Rotherham took, and held the lead for 45 minutes. Class finally told as Pukki scored the third but it was a win credited to the Academy production line, with a first Norwich goal for local lad, Todd Cantwell, followed by one from fellow academy student, Max Aarons.

For Norfolk born Cantwell the goal, his first at Carrow Road, was extra-special. The first scored by a Norfolk boy since Ryan Jarvis (I think but stand to be corrected) way back in 2005.

The away game was just as tough. Again, Norwich pulled through thanks to a Ben Godfrey header to seal a 2-1 win, our sixth in a row. But Rotherham did miss changes and had equalised in the second half. They certainly got in Norwich’s faces that day and Farke admitted it had been one of our toughest tests.

As history proves we should have expected that. In three promotion seasons, we have failed to win in South Yorkshire.

The first, going back to the 1981/82 season, our first back in the second tier since 1974/75. If we thought we were too good for that level, we certainly had a wake-up call in the seasons opening game, as Rotherham comfortably beat us 4-1. A shocking start to life at that level and it would prove to be our heaviest defeat all season. Fortunately, we recovered to claim a promotion place some 10 months later.

More recently was the Worthington Championship season of 2003/04 and another bruising encounter. The match followed a shock home loss to lowly Bradford so, such as the pressure at the top, it was important to avoid two defeats on the bounce. City managed that although Rotherham restricted them to a draw and one point.

It was an incredible game that had everything. There was a hat-trick for home striker, Martin Butler, a controversial penalty which Darren Huckerby converted, a half-time fracas (the aftermath from the penalty) resulting in a red card for the home sides centre-back and manager. Finally, Damian Francis struck in the last minute to make the final score 4-4.

On 25 April 2015, it was Alex Neil’s promotion chasers that arrived in Rotherham. Automatic promotion was still attainable but those hopes were dashed after a 1-1 against the struggling Millers. The game turned on Lewis Grabban’s early red card (a petulant thrown punch that further soured his relationship with Canary fans). Norwich were hanging onto a 1-0 lead, thanks to Gary Hooper but finally, succumb to an 86th-minute equaliser.

With one game to go promotion was in Bournemouth’s hands, for us the drama of the playoffs awaited.

You wouldn’t think an early season League Cup contest would raise many eyebrows but the second-round win, in August 2015, at the New York stadium included a very special moment.

Yes, the few City fans present would witness a goal from record signing, Dutch striker Ricky Van Wolfswinkel. The fact Ricky was starting that game was a sign of how far his Norwich career had declined. It was his second and final Norwich City goal and the only one scored away from home. (It was also the day when Grabban got the hump and headed for Rotherham railway station instead of the Norwich bench – Ed).

Poor Ricky a sorry way to end his Norwich days.

We begin the 2020/21 season with Norwich pre-season favourites for promotion and Rotherham likewise for relegation but as history shows, form and predictions go out of the window in these games. Expect goals, drama, and a tough tough time.

As last time we played showed. Despite his allegiance, Warne’s Rotherham will not be doing the Canaries any favours.

Blackpool we are in you 💛💚⚽ @rachmischief #ncfc

Let's hope for 3pts tomorrow. Have fun to everyone who made the trip up there. Don't drink too much 😜😜😜 Up the Nodge... #NCFC