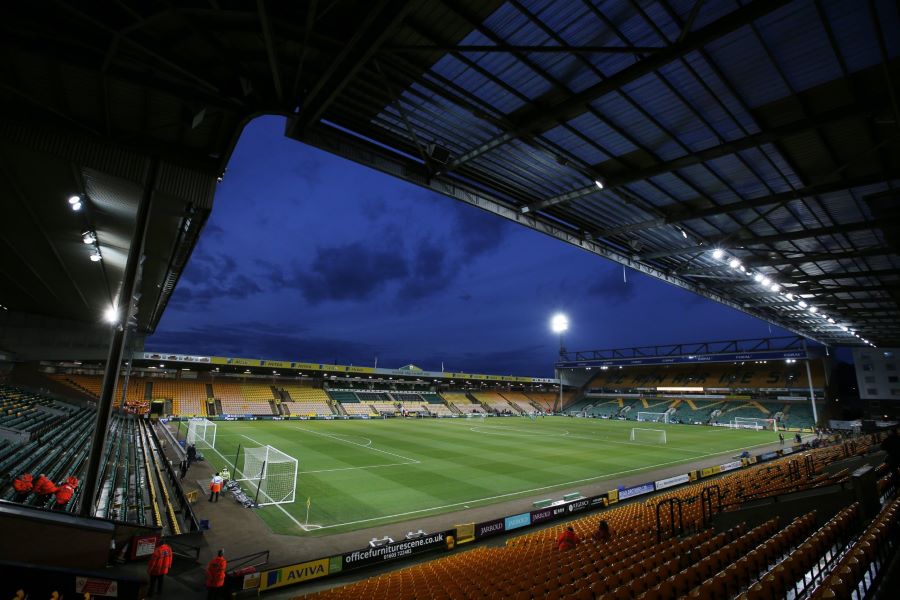 A Tuesday night under the Carrow Road lights sounds perfect doesn’t it?

That glare of the floodlights in the night sky as you approach the stadium, then shining like a million spotlights as you walk up the steps from the concourse into our Carrow Road amphitheatre.

At least, it would be if we were there.

Instead, it will be the joys of Sky Sports, iFollow, or other less lawful means, and/or the dulcet tones of Goreham, Butler and Daley.

With the greatest respect to the BBC lads (they do a fine job), the listening and watching from afar isn’t the same as being there if being there is your norm.

But, as odd as it still seems, home games remain only for those who grace the press box, gantry or who are employed by the club.

Wayne Rooney has already spent more time inside Carrow Road this season than most of us are likely to.

With Birmingham City the visitors tonight, they too will be proffered that same honour, with Aitor Karanka’s finest arriving on what would have been the crest of a small-to-medium-sized wave, until they were undone at the weekend by Sheffield Wednesday and Barry Bannan.

Prior to the Owls 1-0 win at St Andrew’s, Birmingham’s only other defeat was the week before opening day, when they lost to a Wesley-inspired Cambridge United in the EFL Cup, so let’s not underestimate the size of the task.

We know all too well how a Karanka side plays. Who can forget that Friday night at Carrow Road just six weeks before the 2015 Championship Playoff final when his Boro team scored early (a Tettey OG) and then spent the remaining 82 minutes rewriting the book on sh1thousing.

But, as infuriating as it was at the time, it was a masterclass in hanging on to a 1-0 lead and if Brum get their noses ahead tonight, the flashbacks will start.

Either way, in true Karanka fashion, the Blues won’t attempt to be expansive later. Oh no. But they’ll be organised (although I always question why any pro team is anything other than organised), they’ll be compact and they’ll be hard to play through.

The Blues have both scored and conceded three goals in their five league games, so I’d not recommend lumping on a goal-fest, but what they have developed is a knack of drawing low-scoring games (they’ve drawn three of those five games).

And let’s not forget their one win so far was against Brentford – they’re no mugs. Also worth noting though is their win against the Bees on opening day was – in a Norwich City style – their first in 17 games. They too suffered horribly post lockdown during which time they decided to part company with head coach Pep Clotet.

They managed to cobble together just enough points to stave off relegation – Steve Spooner and Craig Gardner were joint-caretakers for the last four games – but on 31 July Master Karanka was appointed.

He wasted no time in Boro-proofing St Andrew’s by signing George Friend and then a few weeks later Adam Clayton – both of whom were part of said painful Friday night – but then undertook a wider refresh, bringing in midfielder Jon Toral, wingers Iván Sánchez (Elche) and Jonathan Leko (West Brom) and goalkeepers Andrés Prieto and Neil Etheridge.

Others to arrive were Scott Hogan from Aston Villa and Mikel San José, a free agent who’d spent 11 years with Athletic Bilbao.

As a result, they too would have ideally had a longer pre-season to get the new faces integrated in the ways of Birmingham City and, specifically, in the ways of Karanka-ball (not that it necessarily involves a ball), but the early signs are that the message is steadily getting across.

So, let’s not expect an end-to-end extravaganza but instead a game that will likely be tight, tactical and which will hinge on who can best impose their game plan.

What the Canaries can’t afford to do is concede early. And neither, for that matter, can Sky Sports.

Saturday’s win over Rotherham, almost irrespective of performance level, will have given the squad a massive fillip and while there’s an obvious need to keep the group fresh given the volume of games, I’m expecting only a minor tweak tonight.

While we saw flashes of the old Stiepi in Saturday’s first half, Daniel Farke may be tempted to drop Pukki into the number 10 role that he undertook in his first few weeks here.

For what it’s worth, I think it may look something like this…

But then again, I’m cr@p at predictions, which hopefully also renders my forecast of a 1-1 draw null and void.