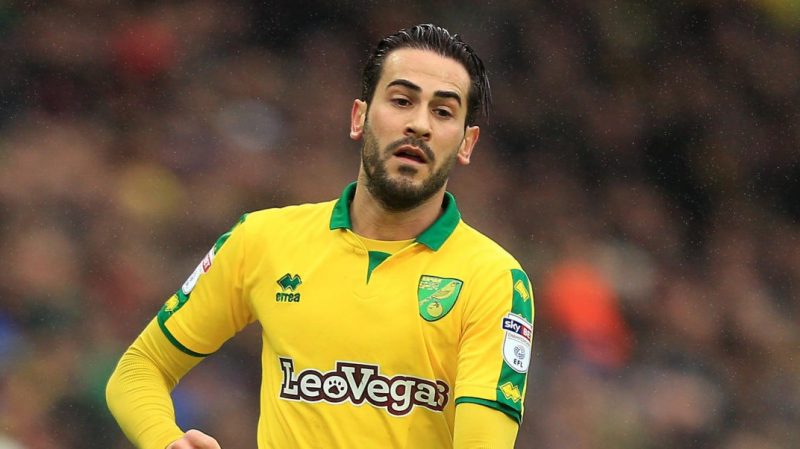 That City came within a whisker (or three whiskers) of earning three draws and three points this week, as opposed to nine, is a reminder of just how fine the margins are.

And that City are just a point from second place in the Championship while operating at only around 50 percent of their potential also demonstrates what a ridiculous division this is.

At least I hope there’s more to come from City because, as thrilling as these later winners are, particularly at the time, it’s not something we can rely on happening every week. Not really a sustainable game plan.

Let’s be honest – we got away with one yesterday. Some will argue we had heaps of possession and had three times as many shots as Wycombe but Gareth Ainsworth was right to feel a bit aggrieved, just as he was right to say if the Chairboys will soon start collecting points if they can replicate that level of performance.

Aesthetically pleasing they may not be – they don’t try to be – but they do look to extract every ounce of effort and desire out of their squad and try and turn every situation to their advantage.

Rather then get sniffy and prickly about it, we have to be better and be good enough to impose our own qualities on them, rather than fall into the trap of being dictated to.

The early goal, that very thing we’ve longed for all season, ended up being a curse rather than a blessing as it lulled players, fans and broadcasters into a false sense of comfort. Five minutes in and there was already talk of ‘rugby scores’, ‘cricket scores’ and ‘hammerings’. The same over-confidence of which the players are sometimes accused, especially when freshly relegated, appears just as prevalent off the pitch.

If Teemu Pukki’s second effort – the left-foot swoosh that fizzed past the post – had found the net to make it 2-0 then maybe we’d have had some grounds for unclenching the buttocks, but at 1-0 Wycombe were always in the game.

Along come Norwich is well-known phrase for a reason and yesterday was one of those occasions, so to assume an early goal would open the floodgates was daft.

Yet again, we showed a susceptibility against teams who don’t try and match us pass-for-pass and Wycombe’s equaliser was as much about Ben Gibson permitting a free header and Tim Krul not taking charge of a situation as it was about an error of judgement from Grant Hanley.

If any one of those three had taken ownership Wycombe wouldn’t have scored but instead, it was another of those pesky early Christmas presents in which we specialise. The only difference this season is that there’s always a chance we can be gifted one at the other end.

As a unit, the back-four had a generally uncomfortable afternoon, made doubly-tricky late on for Ben Gibson when Uche Ipeazu entered the fray, and were a little fortunate to remain a four. For all referee Gavin Ward’s inadequacies, the moment where he decided not to award a penalty against Gibson was definitely one that went in our favour.

With the ex-Boro man already on a yellow, a penalty decision would have been accompanied by a red.

But, generally, from the equaliser onward, it became anybody’s game and it wasn’t until the final ten minutes – when all the chasing had taken its toll on some tired Wycombe legs – that City ever really gained any proper control and started to threaten again in the final third.

It also coincided with Vrancic time.

I was involved in a Twitter discussion in the week around how Mario deserves a start and what does he have to do to get one etc, but came to the conclusion that in this current formation there is no natural fit for him.

He clearly operates at his best from a deep-lying midfield role where he has time to get his head up and pick his passes, but what he doesn’t possess is the physical prowess to also be part of a shield to the back four – that dual role being what Farke demands of his defensive midfielders.

Vrancic next to, for example, Lukas Rupp would work nicely when City have the ball but would be less effective on a day when City don’t have the majority of possession.

But – and it’s a big ol’ juicy but – how the heck does Farke leave him out? If you can’t force your way into the side off the back of two-match-winning cameos that almost single-handedly earned four extra points, then when can you?

Of course, it’s not just a case of chucking him in at the expense of AN Other just because he deserves it when so much of what City are trying to achieve relies on finding the right balance and partnerships that work but, regardless, it’s hard to find reasons not to include him.

With Brentford being one of those teams who’ll try and wrestle possession away from us, the team announcement at 6:45 on Tuesday evening will be very interesting.

Vrancic’s technique to get that ball up and down from close range and the subtlety required to hit the postage stamp as he did is a rare talent, even at Championship level. He’s turning free-kicks on the edge of the box almost into penalty kicks.

So, while there is clearly plenty for Farke and co to ponder, for all my whining, it’s three wins in a week and City are now up to fifth.

Just imagine what could be possible if we start playing well.

The table's tightening up after that draw.

And next week it's the FIRST EVER Top-of-the-Premier-League clash. A chance to make history! #ncfc

1,700 of us mad enough to leave Norwich at roughly 7am to watch a football being kicked for 90 minutes and not get home until 10pm. See you there! #ncfc 💛💚

Hopefully someone from @BBCNorfolk (please let it be @CGoreham) will be asking @trussliz why someone at the Foreign Office spent £1500 at the #ncfc club shop.