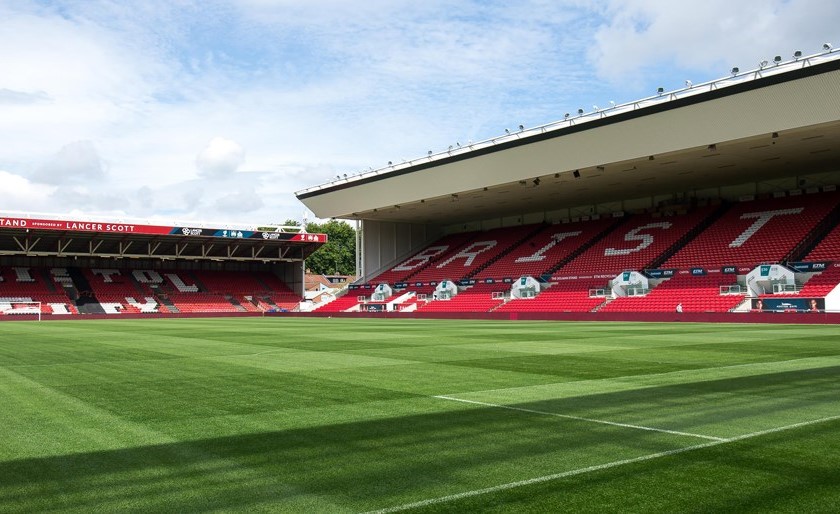 I’ve just finished watching Bournemouth 1 Bristol City 0 on Wednesday night on the red button in preparation for this preview.

Never let it be said that I won’t suffer for you all.

I had a kidney stone a couple of years ago, and on balance I had more fun sweating in fear and pain passing that than I did tonight.

The only positive to come out of the evening’s entertainment was that it backed up what I had already surmised about Bristol City from watching the highlights of their games so far this season.

Despite starting off with four wins on the spin, they’re not actually very good.

In their defence (and trust me they need something in their defence, as well as their attack, and midfield) they have been walloped by injuries.

Andreas Weimann, their most experienced player, and a rare spark of life in their ranks, is now out for the season. Loan signings Alfie Mawson and Steven Sessegnon have also picked up injuries that will keep them out for the next few months. Centre-back Nathan Baker is out for the next few weeks, as are promising midfielders Liam Walsh and Joe Williams.

None of these will be available to play against City.

Dean Holden is the manager of the Robins, promoted from assistant when Lee Johnson parted ways with the club following last season. He must have thought managing was easy after beginning with four victories, but that honeymoon is now very much over, and I think now teams have been able to analyse Holden’s game plan they will be cheered by the absence of one.

Bristol play a flat 3-5-2 formation but that seems to be the only consistent thing that they do. Holden himself switches the starting XI around, win, lose or draw, and hasn’t had anything approaching a settled line up throughout, with three or four changes per game the norm.

In goal they have Daniel Bentley, who for my money is their best player. Agile and energetic, he will almost certainly be our biggest obstacle on Saturday.

Their centre-backs pick themselves, as in the absence of Mawson and Baker, captain Tomas Kalas and the youthful duo of Taylor Moore and Zak Vyner have to play. Individually they all have a mistake in them, with Moore committing a particularly heinous crime recently in trying to dribble past a Middlesbrough striker as the last man on the edge of his area and gifting them the winner.

Collectively they remind me of Norwich defending on a bad day. Seriously. They are particularly vulnerable at set-pieces (also familiar) but unlike City they are not capable of playing out from the back in any way.

Across midfield, Holden doesn’t seem to differentiate much between wingers and full-backs for the wing back roles, with more defensive players like Jack Hunt or Steven Sessegnon sharing time on the flanks with out-and-out attackers like Weimann or Jamie Paterson. However, Hunt, Paterson and Weimann have also been used centrally as well.

Hunt is likely to start at right-wing-back against Norwich as he did against Bournemouth due to a lack of viable alternatives as much as anything, although he is solid enough. On the left Jay De Silva has been under utilised this season and winger-come-central-midfielder-come-left-wing-back-come-left-back, Tommy Rowe will compete with him to retain the starting spot he has against Bournemouth. If Da Silva does start, expect Rowe to possibly move into midfield.

One bright light is 19-year-old midfielder Tyreeq Bakinson who is a big unit that glides up and down covering a lot of ground and winning everything in the air. He tends to sit more than the other midfielders and performs as a more mobile version of Alex Tettey (older reader, think Dickson Etuhu).

The rest of the midfield seems to be made up of a random carousel of changing starters drawn from the aforementioned Hunt and Rowe, utility attacker and occasional doer of good things Jamie Paterson, Connor Hourihane left-leg-only play-a-like Callum O’Dowda, youngster and Marouane Fellaini hair-a-like Han-Noah Massengo, and old man who hasn’t started a game in two years, Chris Brunt. I couldn’t tell you who I expect to start on Saturday because it could be any of them based on Holden’s previous selections.

Up front, Bristol’s best striker so far this season has easily been Chris Martin. Very little has happened in the attacking third without the former City striker throwing himself around and creating opportunities for his colleagues. Nakhi Wells has benefitted most from Martin’s assistance, but his chance to conversion rate isn’t anything to fear.

Antoine Semenyo is young, quick and not a bad finisher, but needs someone to spark him and is not experienced enough to work a defence and create on his own. Famara Diedhiou is big, strong and quick but blessed with all the on-the-ball composure of Ade Akinbiyi after a crate of Monster.

Bristol don’t tend to press high, and certainly didn’t against Bournemouth despite them playing out from the back with a very split three-man backline that would have been very vulnerable to a costly mistake.

They’re happy to push up themselves when they have the ball and leave a lot of space between the back three. Only Bakinson, Rowe, and Hunt are defensively minded in midfield and the latter two are more likely to be used as wing-backs so there are massive gaps for our attacking midfielders to exploit.

There is little in terms of a consistent pattern of play when Bristol attack. If Martin starts he inevitably becomes a focal point and balls will be put through more quickly and directly, but beyond that there seems to be little idea about passing the ball through the thirds, breaking a press, or playing to the strengths of the various strikers. They don’t use the wings, and they look mostly for short direct through balls in the channels, which can be easily defended.

While Norwich are always vulnerable to putting in a random “meh” display, I’d be surprised if this was it. With their injuries, and the lack of a cohesive team structure or attacking plan, Bristol City are really not a team we should be worried about, and I fancy our attacking options to find a way past that error-strewn defence.

Given that the last time I did the preview was for Derby and I said they were rubbish you can take this opinion to the bank!

(N.B. I did say their only chance was to park the bus and that their biggest threat was Rooney’s set pieces)