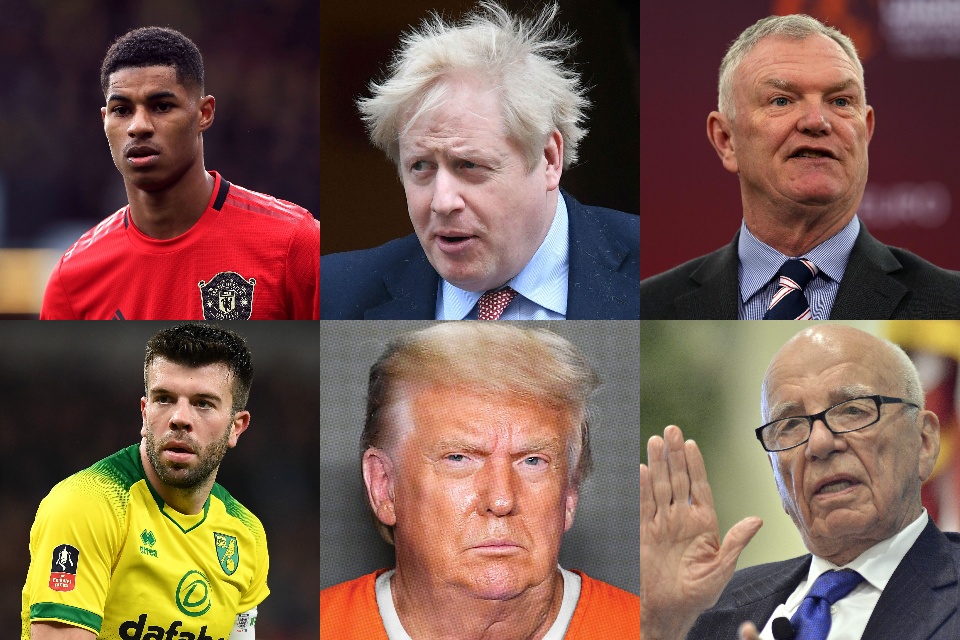 You can feel change in the air – not just in politics or everyday life, but across the footballing landscape.

We’re not just talking Trump here, but Marcus Rashford, playing away at Westminster, turning Boris Johnson inside out before smashing home two tremendous strikes against the Conservatives to win free school meals for needy families and children.

The resignation of the FA’s Greg Clarke after deciding to spout some thoroughly unpleasant and outdated thoughts in Parliament has opened up the possibility of football’s governing body actually believing in what it’s trying to implement in terms of racial and gender equality.

Now is the time for things to be shaken up. For those at the top to realise that telling untruths or purporting to believe in something, yet doing something completely different, is unacceptable.

We want something better, honest, and fair, where everyone has equal opportunity.

Away from the White House or the House of Commons (because I don’t do politics as well as MFW editor Gary does), the jolt to the very top of football is a welcome blow.

The sport has existed in its own bubble floating outside the reality the vast majority of us live within for a considerable amount of time – and it has moved further away every year since Murdoch got his hands on it.

The pandemic has been both surreal and horrific. Our normal, everyday lives have been turned upside down in less than 10 months. Where once we rubbed shoulders with friends and strangers alike, we wear masks and feel awkward in crowded places – and can’t even visit our family members in their own living rooms.

COVID-19 has killed 50,000+ people in this country, mainly those 65+, but all of whom would have preferred to have lived that little bit longer and added to their impressive years on this planet. Mental health has suffered, cancer treatments have been put on hold, and people’s wellbeing has declined in the shadow of the disease.

In the midst of all this, what have we seen from football? Reckless behaviour, money grabbing, big clubs looking to seize on the financial weakness of others, and then Clarke’s casual racism and sexism.

While Premier League footballers continue with their work, the majority of the population struggles to hold on to their livelihoods.

Players’ behaviour off the pitch doesn’t seem to have been impacted by the epidemic either, with multiple stories of drunken behaviour, partying, curfew breaking, and blatant disregard for the suffering of others.

The implementation of the £14.95 pay-per-view deal for Premier League matches was recently thumped back from whence it came like Grant Hanley returning an errant goal kick.

Supporters didn’t behave in the way the TV companies expected. They didn’t gobble the offer up like a starving dog but instead spat it back – donating match fees to charities and raising hundreds of thousands of pounds for good causes. It also resulted in the offer being euthanised too.

Project Big Picture was supposed to be the solution for the EFL clubs to be bailed out from the financial pain COVID-19 has inflicted upon them. In reality, it is the opportunity for the biggest clubs in the top division and a few specially chosen mates to call the shots and turn the Premier League into a closed shop.

Popular opinion has chased the idea into the long grass for now, but it’s still there, hiding, ready and waiting to pounce when the disease renders League One and Two clubs paralysed.

And that brings us back to Clarke. The top man at the governing body of England’s game. Referring to black players using outdated language, rehashing racial stereotypes, and ridiculing girls playing football in front of a committee of MPs. The boorish oaf behaved as if he was in the back room of a pub, loudly and incoherently peddling his views to a group of mates around the pool table, making other patrons feel uncomfortable.

One man doesn’t make an organisation. However, many men of similar ilk running it is an issue.

There is now an opportunity to run a new broom through English football, from top to bottom. To have the FA providing equal opportunities to all, caring about everyone who loves the game and standing up for them, keeping the Premier League and the big clubs honest, and to demand high standards from players at all levels.

In order to do that, players like Rashford will be crucial. Young, talented, thoughtful, and determined. A man keen to use his influence, born of his prodigious talent, to instigate positive change in society. He captured the mood of the nation perfectly in order to bend politicians with his will. Embarrassing the office of prime minister is something Boris Johnson can achieve on his own, but the Manchester United man did it twice.

Rashford is the blueprint for the modern, international footballer – a young man who can inspire players of any gender or colour to play the game. Empowering them and engendering a feeling they can achieve anything.

The striker shows the positive power of football and the face of the English game is changing. We all need to hope he turns his attention to VAR next.

COVID-19 has changed all our lives forever and things will not return to normal when the vaccine returns. It may reportedly be 90 per cent effective against the disease, but it will have no impact on the way we now view those who govern us, who make the rules, or second guess what we want or will accept.

The opportunity is there; the fans are willing. To paraphrase the soon-to-be-departed Trump, together we can make football great again.