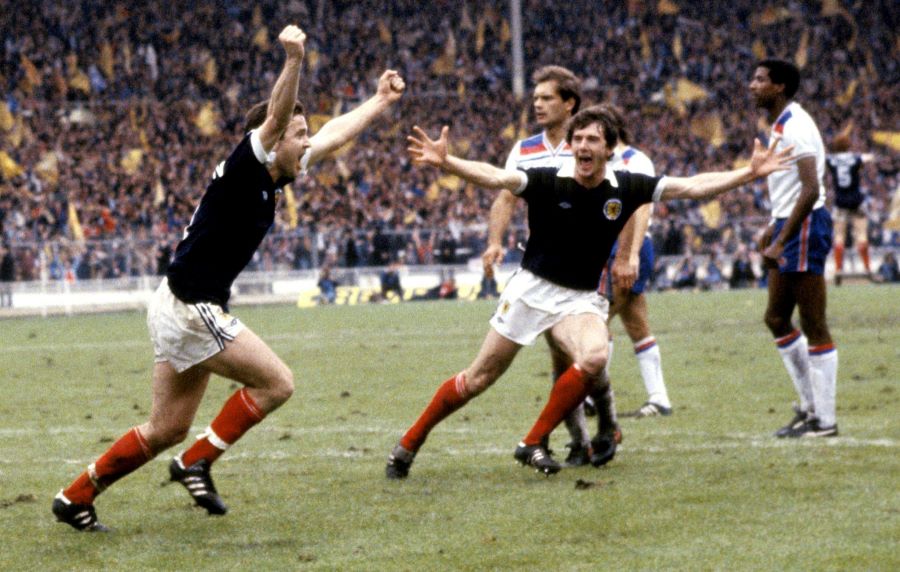 I’ve long searched for an excuse to tell one of my more interesting footballing tales (most are far from it) and Kenny McLean, god bless him, has finally given me one.

It’s a faint, dubious, tenuous link, but it’ll do and you’re going to hear it whether you like it or not 😉 It is an international break after all.

It pertains to England’s scheduled fixture with Scotland on Friday 18 June 2021 in next summer’s European Championships; achieved courtesy of the Mayor’s exquisite fifth penalty in their shootout win and David Marshall saving Serbia’s fifth and final penalty.

To put it into some context (I’ll get there eventually, bear with me) once upon a time there was a thing called the Home International Championships, (or Home Internationals) which, as it pretty much says on the tin, was a four-way mini-league between the home nations, latterly contested at the end of the season.

As remains the case with Rugby Union’s Six Nations, it was essentially an excuse for the three Celtic nations to settle a few old scores with the English and try and give them a damn good thrashing by way of repayment for hundreds of years of historical neglect and repression.

Any game involving England tended to be feisty, both on and off the pitch, and Scottish wins, in particular, were celebrated with the gusto of victory at Bannockburn.

One of the most famous Wembley wins for the Scots was a 3-2 in 1967 from which they proclaimed themselves world champions (think about it), but more pertinent to my story (I promise I’ll get there) is a 2-1 win for Scotland in 1977.

It wasn’t so much the Scotland win that made said afternoon so notable, but what happened after the final whistle. Even those not around in the late 1970s will probably be familiar with the images.

Our friends from north of the border celebrated in their own way, which involved invading the pitch, ripping up chunks of the Wembley turf and climbing onto the goals to the point of breaking both crossbars.

If you’re not familar, this should help…

While the tournament was an annual affair, home and away games were alternated so it wasn’t until May 1979 that the Scots were due to return to London. The capital braced itself again.

This time around there was no natural cause for a pitch invasion – England won 3-1 – but a sinister air inside Wembley that afternoon produced 349 arrests, 144 further ejections from the ground and, even with fences to prevent a repeat pitch invasion, another smaller-scale pitch invasion.

Carnage also ensued in central London as thousands of drunk fans went on the rampage, tube trains were halted when fans poured onto the tracks, and buses were vandalised. Doubly troubling was the death of two football supporters; one as a result of a drunken brawl and another who dived into the fountain in Trafalgar Square which had been drained for repair.

As a result, when the 1981 game came along, there was a blanket ban of the sale of tickets north of the border. The Scots were, as they put it, banned from Wembley.

This is where I come in, along with my mate Vinny and our respective dads – David and Dick.

Through the youth football team that we were both playing for, my dad somehow managed to acquire four tickets for said game, safe in the knowledge this one should be trouble-free given Wembley would be free of invaders from north of the border.

At least that was the theory.

Oh how wrong we were. A misjudgement on an industrial scale.

I mean, we knew there would be Scottish fans in London, some of whom were already there and some of whom would make the pilgrimage regardless, and there were rumours in the papers of some 20,000 – 30,000 ticket-less fans heading south, but even that was nothing like the estimated 70,000 who were inside Wembley in 1977 and 1979.

And besides, given said history of violence, vandalism, and hooliganism associated with the fixture, London Transport (the TfL of the day) had opted to close the Jubilee and Metropolitan lines from central London and most overground trains heading in the same direction.

(I was never sure how or why this was supposed to work given England fans also needed to get to the game, but I guess it was a belt and braces attempt to dilute the invasion.)

As a result, in theory, tens of thousands of fans had to walk or find other means of transport to make the ten-mile trek from central London to Wembley.

The belt and braces approach also extended to the banning of alcohol sales and drinking on all trains from Scotland starting on the Wednesday (!), each train with its own police guard, with also the doubling of police patrols in the West End where many pubs and shops opted to close.

What could possibly go wrong?

Well, the first sign that all was not as the authorities intended came as we approached north west London by car – David as the driver – searching for the type of street parking that simply isn’t available today.

There were very few England flags on view but a good three hours before kick-off, the London Borough of Brent was ablaze with yellow and red Scotland Lion Rampant flags mixed with the odd blue and white of the Flag of Scotland.

Upon parking and leaving the car, the distant sound of Flower of Scotland filled the air along with a song none of us recognised. The Scottish tilt made it obvious who was singing it, but from a distance it was unintelligible.

As we neared Wembley it became louder, the streets became fuller, and it became ever more obvious that the best attempts of the English to thwart an invasion of north-west London had been futile.

There were still only a few England fans in plain sight, but what felt like thousands upon thousands of Scots.

To this day I’m unable to recall if the pubs around Wembley were closed – as they logically should have been – but the streets and outside the pubs were filled with those who’d clearly partaken.

It was orderly though, but there were lots of twitchy police awaiting the worst. From memory, I don’t think their worst fears were realised, and while it was noisy and a tad intimidating, I don’t recall any trouble.

And that song still echoed; the one that I couldn’t comprehend from afar.

Finally, it became clear. To the old footballing standard, the tune of Guantanamera…

Yer cannae ban us from Wembley,

Ban us from Wembley,

Yer cannae ban us from Wembley.

And it’s clear they were right, at least from Wembley the area. But surely this invasion was just an act of defiance and inside the stadium, there would only be a smattering of Scots among the home fans? I mean, literally, no tickets had been allocated to Scotland fans.

As we approached the stadium, the concrete steps that led up to each of entrances of the old Wembley dripped with yellow and red, of navy and white, of blokes in kilts, of comedy ginger wigs.

At this point it became pretty clear that Wembley wasn’t going to be the English safe haven the authorities had planned.

Both ends of Wembley were standing areas in 1981 and so we found a spot in the top half of the tunnel end just in front of a safety barrier (Dad logic: the barriers will protect the two skinny 15-year-olds from any crowd surge from behind) and looked around for the comfort of some English voices, shirts and flags.

Alas, like us, most had clearly decided that discretion was the better part of valour and, in the circumstances it was best not to be too overtly English.

As a result, the stadium rocked again to a Scottish tune, in particular that bloody song that by now was engrained in my psyche.

I agreed … indeed we cannae ban you from Wembley!

By the time kick-off arrived, it felt like another 70/30 split in favour of the Scots but the wise old head that is my dad tells me it was more like 40/60, albeit the English were, on the day, stereotypically reserved.

In 1981, there was no formal use of Flower of Scotland as the team’s anthem but it mattered not as it rang around Wembley on what felt like an almost permanent loop. Being in the midst of it laid bare what an emotive song it is if you’re Scottish – especially when playing against the English.

And, as if the Scots in Wembley that day needed a reason to lift off its roof, good ol’ England did what they do best when the stakes are high.

A through-ball from Davie Provan. A faint trip by Bryan Robson on Steve Archibald. A penalty from John Robertson.

All played out before our very eyes at the Tunnel End.

That particular Wembley roar would have been audible in Thurso. All four of us were hugged by celebrating Scots who cared not one jot of our allegiances.

On this occasion, the Wembley fences held firm and there was no pitch invasion; just 40,000-ish celebrating Scots in a crowd that was supposed to contain a mere handful.

And this time it was peaceful, at least from our experience. No post-match fighting, no vandalism, just lots of drinking, singing and celebrating.

In case you were wondering, David’s car was still in one piece when we eventually returned to it and, despite my previous paragraph, we were all a little relieved when we returned to the sanctity of it.

But it still feels like yesterday. To think it was 39 years ago is crazy.

When the Auld Enemies meet again in London on 18 June, Wembley will have a very different look and feel, and, in the main, Scottish supporters will be confined to their own corner of the stadium.

But every single time I hear the strains of Flower of Scotland, I’m transported back to that day in the spring of 1981

If next June, the camera pans along the line as the anthems are played and brings into focus our very own Kenny McLean, it’ll be especially poignant given his heroics from the penalty spot in Belgrade.

Just don’t even think about doing a John Robertson though, Mr Mayor.

Seriously – don’t think about it.