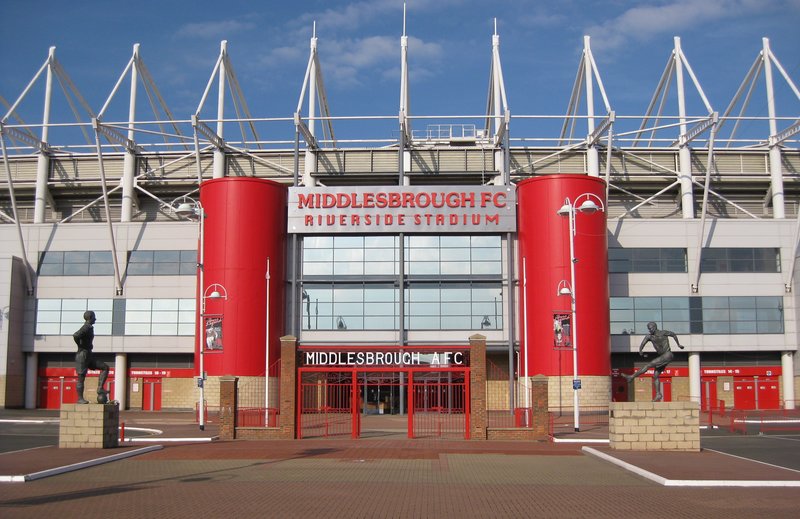 We’ve tried to do previews a little differently on MFW this season, with the week’s writer given carte blanche to tackle the piece in any way he/she chooses, but there was no way I was letting the Boro game pass without input from friend of MyFootballWriter, former Match of the Day editor, author and Boro diehard, Paul Armstrong. So…

No, it’s been tight, disciplined and rarely swashbuckling. However, as one who was dismayed by the Warnock appointment – partly coloured by a fall-out I once had over an MOTD match edit with Colin (as I called him, based on the infamous anagram of his name, in “Why Are We Always On Last?”) – I have to say he’s transformed things from the shambles of the Jonathan Woodgate era.

The fine 1970s Boro side I first watched was built on a Jack Charlton-coached miserly defensive unit, and other successful eras were built on solid foundations like Pallister and Mowbray, or Southgate and Ehiogu.

There are no Sounesses or Juninhos in the current line-up, but the basic principle still applies. One goal conceded in the last seven league games tells its own story. So does five scored in the same period, but we’re unbeaten since the first game of the season, so a much more serious proposition than we were a year ago.

Yes, Blackwell took over the reins while Colin…sorry, Neil was self-isolating with Covid earlier in the season. They do all seem more relaxed and less inclined to try on some of their notorious earlier antics now that Warnock in particular is in his seventies.

You’d say it’s a natural mellowing process, but you only have to look at an even older septuagenarian across the Atlantic, who can’t accept defeat and is currently wowling and smashing up his toys like a toddler to see that age is no guarantee of maturity.

Sorry, I digress, but you can’t be a Norwich fan and a Trump fan, surely? The man’s orange, not yellow.

Warnock and co seem pleased to be back in football, and within their own constraints, it’s a tried and trusted formula. The local media are clearly enjoying dealing with him, compared to the awkwardness of Woodgate, and some of his more prickly predecessors – Garry Monk and Gordon Strachan, for example.

Yes, he was, in retrospect. Since our relegation under the never-to-be-seen again unknown Gareth Southgate 12 years ago, Boro have had a strange cycle of a disastrous appointment who has often splashed money around, followed by one who performs a decent rescue act on a shoestring.

Gordon Strachan came first, buying up most of the Old Firm in the mistaken belief that SPL prowess = Championship potential. An almost spherical and stationary Kris Boyd epitomised that folly before returning North to score a hat-trick every week for Kilmarnock.

Tony Mowbray picked up those pieces and paved the way for promotion under Aitor Karanka. Then when we came down again, it was a Garry Monk shambles followed by another Warnock-style gnarled veteran, and wearer of the club shop, Tony Pulis reaching the playoffs, and now Woodgate followed by Warnock.

If we could just cut out the alternating rotten appointments, it would make for an easier life as a supporter.

Anyone who was a Boro fan when Steve Gibson was part of the consortium which saved the club from bankruptcy in 1986, then built the Riverside and took us into Europe, owes him the last 34 years of our club’s existence, let alone the incredible highs and lows of the late 90s and early 2000s.

We were in the 3rd division in 1986, crowds were down to 6,000 at times, so we really could have become what Bury are now. However, he has made some poor managerial decisions in more recent times, so his stock has been up and down of late as the club has made a decent fist of the Championship or not.

Like Norwich’s owners, you know he lives and breathes the club and the area which is a rarity in our modern game, but as he gets older, some of his public pronouncements are heading towards an audition for the Monty Python ”Four Yorkshiremen” sketch.

He’s a genuine self-made man, as a YTS scheme ICI boy, and Labour councillor in his mid-20s, who worked out a way to make a fortune out of a haulage business he set up from scratch. So far, so admirable, but in recent years, he’s turning into a bit of a Dave Whelan or Alan Sugar, sounding off about modern life like some old bore at a golf club bar.

Just this week, he’s backed Rick Parry over that attempt to have Liverpool and Manchester United sell their games pay-per-view to the Asian market for squillions, in return for a few crumbs being swept off the table for the Football League riff-raff. He’s also echoed Jake Berry MP and “blasted” the entire arts sector for being full of “luvvies”, supposedly guzzling up all available public money in that there London.

I know everyone has survival issues right now, but he should have a word with the freelancers I know in TV, films, music and theatre all over the country, who haven’t seen a penny in income this year, before spouting such lazy guff.

I suspect that’s right, although Financial Fair Play, and allowing Garry Monk to blow our parachute payment has probably limited how much he’s been able to put in recently.

Selling our most exciting player since Juninho, Adama Traore, to Wolves after Tony Pulis amazed everyone by harnessing his potential with an arm around the shoulder, helped balance the books, as did offloading someone you’re now getting to know – the chairman’s nephew, Ben Gibson – to Burnley.

Like fellow polite private schoolboy Patrick Bamford, Ben was never really given a chance by angry old Sean Dyche, but the combined fees for him and Traore put £30-40 million in the Boro coffers.

I wasn’t there, but I’m told it was great, safe and ran like clockwork. Since then, all anyone’s been allowed to do is have a meal in a Riverside hospitality suite with the game on closed-circuit TV while the curtains are drawn on the actual pitch.

I believe you’ve had something similar taking place at your stadium, and presume no-one in Norfolk can make any sense of the distinction either. I went to the cricket 20-20 pilot at the Oval where 2,500 were let in, and it was the safest I’ve felt outside the home since before lockdown. Certainly, far safer than I’d feel in a Wetherspoons, or did feel the one time we went out for a birthday meal with the family.

But let’s not get into the chaotic, and possibly shall we say partisan, decision making we’ve seen from on high this year…

I know some of your followers threw a Trump-like tantrum when you mentioned him in your match report on the day Biden was declared victorious, so let’s just say I’d trust Oliver Dowden no more or less than I’d trust any member of this cabinet.

I wrote a 500-page journal between MOTD going off the air in March and coming back on again in June which Pitch have published as a follow-up to my MOTD memoir.

If I tell you the title is “Why Are We Always Indoors? (Unless we’re off to Barnard Castle…)” you may get a hint of my rather cynical outlook towards our dear leaders.

I’ve read just today that Santa Johnson has given the virus five days off over Christmas for huge family gatherings at which it’s promised not to transmit to Grandma, so by that logic full stadiums outdoors on Boxing Day are surely guaranteed.

Or maybe someone has to take a gun along and call it grouse shooting. I confess I may have become a bit confused, despite the crystal-clear thinking and messaging…

It’s genuinely been a team effort, but Paddy McNair has been something of a revelation, having moved to centre-back (your ex-player Dani Ayala having rejoined his compatriot Karanka at Birmingham) but he seemed to injure himself playing for Northern Ireland in their play-off, so there may have to be a reshuffle.

Cheese-knees Britt A is still there, partnered now by Chuba Akpom, once of Arsenal, but nine goals scored in eleven games tells you no-one’s exactly running riot up front.

Yes, I’m not sure what’s happened there. He’s now somewhere on the unkempt chart between Benny from Abba, and Bill Oddie – at least no-one can accuse him of having broken lockdown at a male grooming parlour.

As you know, I’ve always rated him – he was Monk’s best acquisition – and he’s found himself playing in various roles at Boro, but always gives everything uncomplainingly as well as providing the odd touch of class. He’s clearly Warnock’s idea of a good pro and has consequently started every game this season.

Well, there have only been 14 goals scored in 11 Boro games this season, and November so far has consisted only of two 0-0s. The clean sheet run has to end sometime, so let’s say 1-1.

In “typical Boro” fashion, Ben Gibson will probably score a late equaliser for you from a set-piece. And Jonny/Jim Royle might score for us, before shouting “Ex-Canary, my arse” down the nearest camera.

😀 Thanks as ever, mate. Appreciated.