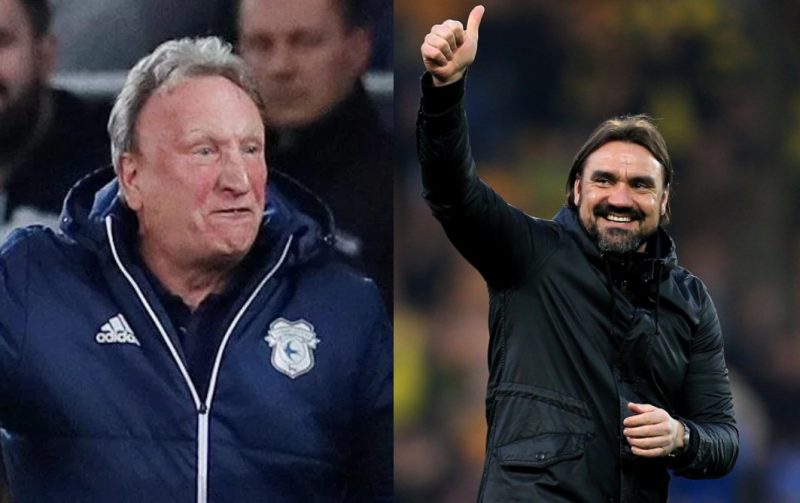 Well, we haven’t heard that in a while and of course our loyal band of regular away supporters weren’t at the Riverside to sing it, but would have belted it out with gusto had they been allowed inside the ground.

Plagiarism isn’t that as such if it’s accredited, so I’ll rob a phrase from Canary Lad on Gary’s piece yesterday: gritty, not pretty. That was probably the most boring game involving City I have seen in a long while, but how much does that really matter if we reap another prile of points?

As many of us have alluded to, the partnership between Grant Hanley and Ben Gibson is shaping up into something safe, sound and solid. It is largely this pairing that enables us to grind out a few 1-0s.

These guys palpably know what they are doing and I remain certain that Zimbo remains a good option in what is, for now, a covering role. But we need a fourth centre-back option coming in during January and Daniel Farke has hinted this is a possibility. To me, it’s a necessity.

Jordan Hugill struggled to make any impact on Saturday but if he was playing with shoulder ligament problems that isn’t really surprising. If he’s out even for a few weeks that leaves us as short in the striking department and doesn’t bear thinking about with Adam Idah out until well after Christmas and literally nobody apart from Teemu Pukki available as a realistic option.

There’s also the possibility of a Lukas Rupp hamstring strain and Todd Cantwell’s self-confessed “bad luck” continuing so while we will always be able to put out a decent starting XI, that old bench is looking a little thin in terms of significant occupancy right now.

Ironic in a way as Daniel Farke was prominent in a [successful] EFL bid to revert to five subs from nine. Not for the first time under Farke we had two keepers on the bench on Saturday.

As for the match itself, we will all surely realise that both penalties were nailed on. In realtime, I must honestly admit that I didn’t see Marcus Tavernier’s double touch on the first and I’m still not totally convinced after watching several replays. It seemed pretty faint and barely perceptible to me but it was an amazingly vigilant reaction from referee Tony Harrington.

Then for the second, Max Aarons was involved in a 1-2 with Emi Buendia that didn’t quite work out and he was heading away from goal when brought down by Boro sub Hayden Coulson.

I don’t know why Coulson did that because there was no need to – but I am sure glad he did. Up stepped the Goat – or the Ghost as he’s been known for the past few days – and sent Boro keeper Marcus Bettenelli the wrong way, just as cool as you like.

“For him [Mr Harrington] to say to me after the game he didn’t think Sam [Folarin] was going to catch the ball, and the ball was only going to go ten yards maximum when you look at it back, 15 at most, and Sam will be through. Why is he telling me that? Because he knows he [Sorensen] is completely wrong,” said Warnock. “They all know he should have got sent off. Why haven’t we got officials that know what they are doing. It is a disgrace.”

Sorry for all the parentheses but don’t blame me, it was Colinspeak.

Contrast that with the reaction of our Daniel:

“It feels like a massive win for us. Such an unbelievably tough place to come. They were eight unbeaten so that shows you the size of the task. Just conceding one goal. Neil Warnock teams are so hard to break down. I said in the build-up we had so many important players away on international duty. It was not possible for us to play Teemu Pukki from the start.

“Both penalties were fair to be awarded. But thankfully they [Boro] were unable to use their situation and Pukki was ice cold.”

Cool, calm and non-confrontational just as we have come to expect from the man. And I’m grateful that Daniel is forever the diplomat.

So we’re literally on the two points per game average after 12 matches and if we can keep this level of commitment up and get a few players back fit the footballing world could be our lobster.

And if we can keep singing that *we are top of the league* refrain until May we all know what that will mean.