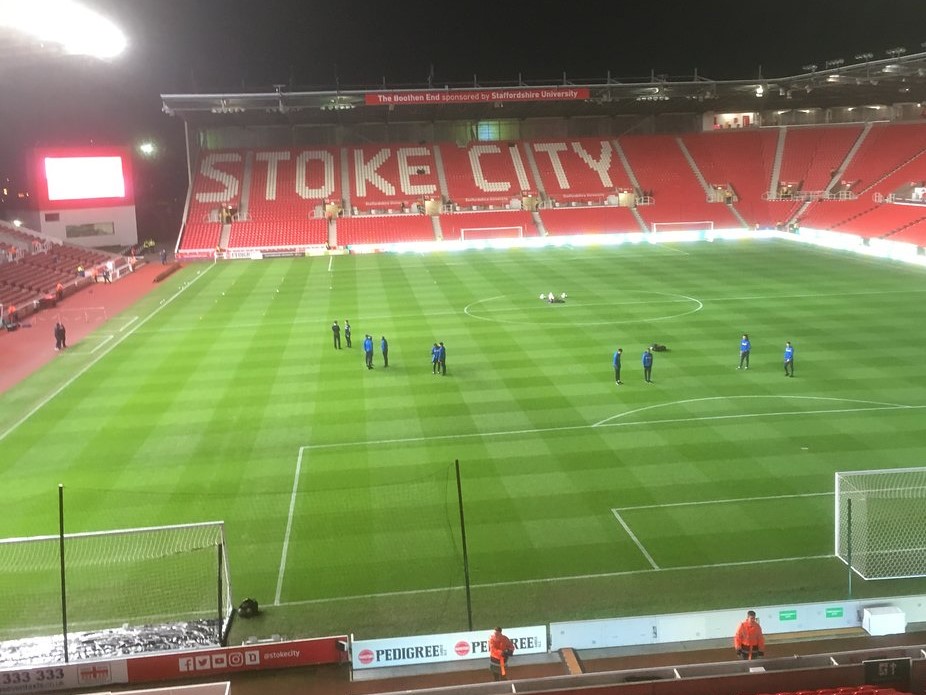 My most memorable recollection of Stoke City came in 1967 at Upton Park when my uncles Pete and Joe took me to the game for a tenth birthday treat.

To be strictly accurate, Pete took me as Joey couldn’t drag himself out of the Duke of Edinburgh on the infamous Green Street. I think we caught up with him on the way back to Grandma’s house on Belton Road in Forest Gate. Joe was matey with the Edinburgh’s guv’nor and closing time didn’t exist for him – God knows what he’d do during Covid restrictions if he were still with us.

The game itself was incredible.

That West Ham, complete with Bobby Moore, Geoff Hurst and Martin Peters [later an NCFC hero of course], scored three in the first half. Harry Redknapp played a blinder on the right wing. But the second half was a completely different tub of jellied eels.

Stoke, prominently featuring George Eastham, blew the Hammers away in the second half and scored four to win 4-3. Even at that young age I could see what an attractive, $hit or bust side they were then – they matched West Ham in that respect – but that was over 50 years ago. So you can see where I’m going from here, I’m sure.

Yep, Pulisball. It kept Stoke in the Premier League for quite some time, but at what price for their poor suffering fans? C’mon, we all hated watching them and now the poor old Owls have to put up with it. My Wednesday mate Sean says that since the appointment of Tony Pulis he’s not quite as gutted as he once was about the current Covid-induced fan ban.

But Stoke now have ex Northern Ireland boss Michael O’Neill in charge and are doing pretty well so far this season, certainly on a par with us in terms of both position and points as they are six places, but just three points adrift from us after that bizarre encounter with Huddersfield and our own triumph at Boro. From what I’ve seen of them [admittedly mainly via Colin Murray’s excellent EFL on Quest] they will not be a pushover by any manner of means.

Stars? Not really. But they do have Angus *he’s got some hair but we don’t care* Gunn in goal on loan from Southampton. Unfortunately for Angus he has picked up an ankle injury and won’t feature against the Canaries. You never let us down when you were here Angus but if you feel like persuading your replacement – whoever that might be – to have an off day on Tuesday we’ll love you even more.

Others worthy of a mention include midfielder Nick Powell and the up front trio of Tyrese Campbell, Sam Vokes and the somewhat clumsy but sometimes effective Steven Fletcher. The latter will give Grant Hanley the type of tussle he will obviously relish, but only two from these three will start, of course, as Stoke seem to play a form of 4-4-2. I’d guess Campbell and Fletcher, at least from the off.

And then there’s Ryan Shawcross who seems to have been around forever. Not my favourite player by any manner of means but he does have a certain “presence” which is hard for opposition forwards to ignore.

Talking of Methuselah, the Potters also have the gift of Jon-Obi Mikel, which reminds me a bit of the time Chris Hughton decided to sign Joseph Yobo on a short-term deal. A nice idea on paper but, hrrm.

In terms of players in common I can only really think of Neil Adams, who began his career as “one of their own” in the Potteries, Cameron Jerome and Crouchy. Peter Crouch was loaned to us for a few months from Villa in 2003 while the Potters had him as fully owned property a fair while later. I’m sure we must have signed from or sold to Stoke directly on occasions but nobody comes to mind just now [Darel Russell and Wayne Biggins – Ed].

Obscure fact: Stoke-on-Trent isn’t actually a City in the traditionally accepted way – more a collection of towns such as Burslem, Hanley and a few large villages. Oh and Robbie Williams comes from there but for some reason chooses to support Port Vale. But so did Sir Stanley [as well as briefly managing them] so I guess there’s a precedent of sorts in there somewhere. And there’s a triptych-style statue at the Britannia, luckily of Mr Matthews rather than Mr Williams.

This is going to be a really, really tough task for the Yellows so I’m going for a 1-1.

And if any of our readers disputes what a match that was back in 1967 [I couldn’t believe I would find MotD footage of it]: