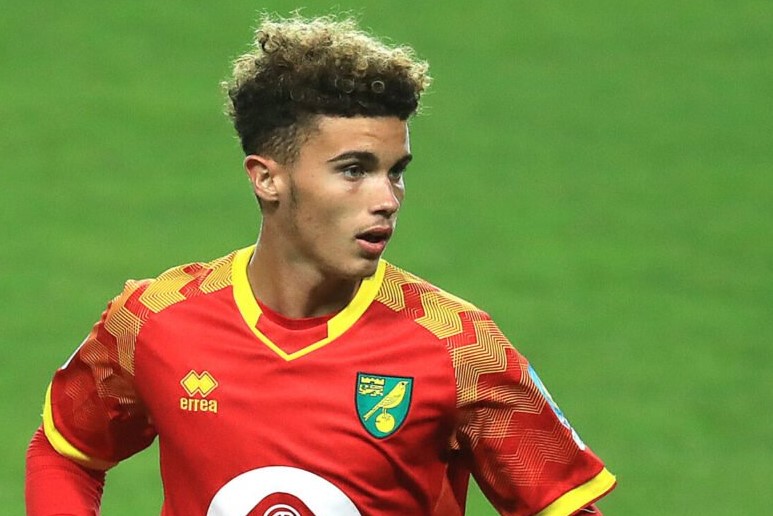 Just as Emi Buendia was showing why he’s back to his best, the Argentinian earned a one-match ban and put three points in jeopardy. Luckily for City, his temporary replacement had already begun to emerge.

Josh Martin was a surprise inclusion in Daniel Farke’s starting eleven against Stoke, replacing Przemyslaw Placheta in a move that reflected both Farke’s fear of further injuries and the inconsistent performances of the Pole. Martin had played just 28 Championship minutes prior to kick-off and was fourth choice left-winger at the start of the season.

Encouraging pre-season performances meant most City fans believed he would contribute a decent showing at least on Tuesday, but very few predicted the impactful 60 minutes the 19-year-old produced. He was the creator of the first goal and provided the assist for the third, timing his through ball to Teemu Pukki perfectly.

His opposite winger, meanwhile, was well on the way to a man of the match award, finding Josef Bursik’s bottom corner to open the scoring before a delightful left-footed pass found Pukki to make it two. Buendia not only drove the Canaries’ attack but made five tackles (more than anyone else on the pitch) and won two of his three aerial duels at just five-foot-seven. The 23-year-old epitomised everything good about his game, and only needed 68 minutes to do it.

Unfortunately, what happened in the 69th minute epitomised everything bad about his game, exposing the naivety that still holds him back, as he crossed the red line for the third time in a yellow shirt.

With the score at 3-0, the first thought that came into many Norwich-loving brains was not whether City would be able to take three points, but what the longer-term impacts were.

With an inferior Coventry City visiting Carrow Road on Saturday, Buendia would’ve been key in breaking down the low block they will inevitably bring with them, and will be missed in a game which is a potential banana skin.

Todd Cantwell would be the next best choice to pick the lock but will miss the game through injury. Kieran Dowell is a long-term absentee and Onel Hernandez’ dynamism will likely be missed into the new year.

The best option, then, is the young Mr. Martin. The former Arsenal youngster has patiently waited for a chance that would’ve come sooner had he not struggled with injury early in the season, with five Premier League appearances to his name even before the start of 2020/21.

He has been marked as a potential first-team star since his FA Youth Cup hat-trick last December, shortly after which he was introduced to training with Farke’s squad.

He proved tactically intelligent in the win over Swansea, creating space for Bali Mumba to do his devastating work, before showing what he was about on the ball at the bet365 Stadium on Tuesday. Ask him which of those roles he prefers, and he’ll tell you the latter, meaning he may well enjoy Coventry’s visit.

The Sky Blues have conceded an average of nearly two goals per game so far this season, and will make the 141-mile trip to Carrow Road off the back of a late Wednesday kick-off at home to Cardiff, in a miserable cocktail that doesn’t taste good for their supporters.

With the Canaries’ trusty Tim Krul ruled out by Daniel Farke and Michael McGovern likely to be relied upon, the game looks like it has goals in it, and will favour attackers like Martin looking to make their mark with goals or assists.

The depth of the City squad was something fans were keen to highlight as a positive at the start of the season and, now that another injury crisis has struck, that’s something we should all look to for comfort as the Championship promotion race intensifies.

No other Championship side could lose options as good as Buendia, Cantwell and Dowell and still be able to turn to a player with the quality Martin possesses, and given the encouraging signs he’s provided already, if he can prove to be consistent he may be another young gem for this growing side.

Without injury crises Max Aarons wouldn’t have taken to the Portman Road pitch in 2018, and Ben Godfrey wouldn’t have been thrown in at centre-back when he was.

We know what they’ve gone on to achieve, and every Norwich fan will hope Josh Martin can do the same, as he attempts to fill perhaps the most magical boots we’ve ever seen at Carrow Road.