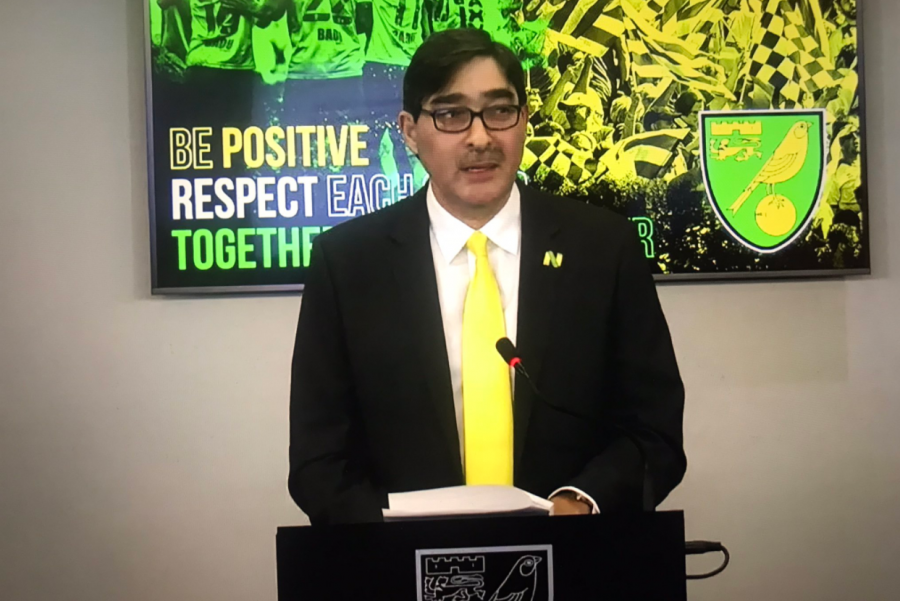 As Norwich City AGM’s go, they really don’t come much different to this; online, with no fans physically present and with Stephan Phillips in charge – was it really two years ago that Ed Balls joked about being on a mission to get Stephan to answer a question?

Of course, these are unusual times and the logistical nightmare of setting up the whole event shouldn’t be underestimated and getting it to run so smoothly deserves praise.

After the usual introductions, and before starting the formal business, Stephan took the opportunity to say a few words and deliver several slides highlighting the considerable work undertaken by various members of the Club, both staff and players, together with the CSF, within the wider community during the height of the pandemic crisis.

Much of this work has been mentioned previously but it served as a timely reminder that the Club isn’t just about 90 minutes every Saturday (Tuesday, Saturday); its reach goes way beyond that in helping the community of Norwich and Norfolk.

Anthony Richens then commenced the meeting’s main business, skimming through the main financial headlines for the 13-month period ended 31 July 2020. A record turnover of £119.3million, increased significantly year on year due to the huge differential in TV monies from being in the Premier League.

The turnover figure would have been higher, but the immediate impact of COVID resulted in a reduction in the forecast profit of £12.3milion, due to broadcasting and season ticket rebates, plus additional costs arising from staging games behind closed doors. The financial impact will extend well into the current financial year and is currently expected to be in the region of £25m over the whole period of the crisis.

“Where’s all the money gorn?”

Players wages were confirmed at 75% of turnover (that’s the thick end of £90m all in) a considerable improvement on the previous year’s percentage of turnover, albeit the previous figure was inflated by promotion bonuses – not a bad problem to have!

Players registrations amounted to £18.5million during the year, including agent fees, signing on fees and further contractual payment obligations – there’s no such thing as a free signing and there’s considerable “add-ons” in addition to any (undisclosed) transfer fees.

Of course, it’s not all about the past and Anthony gave an insight into post year end events; the sales of Jamal Lewis and Ben Godfrey will have significant positive impact on this year’s figures, although the the significant reductions in TV monies, even with the benefit of parachute payments, plus deferral of season ticket money onto 2021-22, while helping the cash flow in the short term, still results in reduced figures over the two year period.

The formal business followed, with the accounts approved unanimously, the re-election of both Delia and Michael Foulger passed (both with a few votes against) and the right for the Club to be able issue up to 1,000,000 ordinary shares renewed for a further five year period.

With the formal business over, Steve Weaver presented a series of slides and videos relating to the aims and ongoing achievements of the academy over past three seasons and targets for beyond.

These figures may seem pretty meaningless, but there’s also been a considerable improvement in the number of first team appearances by academy graduates; just 15 back in 2015-16, but up to 168 last season.

Drilling down further, using highest minutes played in the Premier League by academy graduates for all clubs last season, City actually had the highest of all; (10,944 minutes) ahead of Chelsea (10,929) and Manchester United (10,748).

It’s hard not to be impressed by the academy videos – the Club has certainly achieved a significant amount in a relatively short time – but the emphasis is rightly focused on continuous development and, most importantly, producing players capable of competing at the highest level, regularly in the Premier League.

The subsequent Q&A understandably lacked its usual spontaneity – you really couldn’t expect anything less given the need for questions to be submitted in advance. Twelve questions later and just over an hour in total, the whole event drew to a close for another year. The whole thing was certainly different, but then again, 2020 had been far from normal.