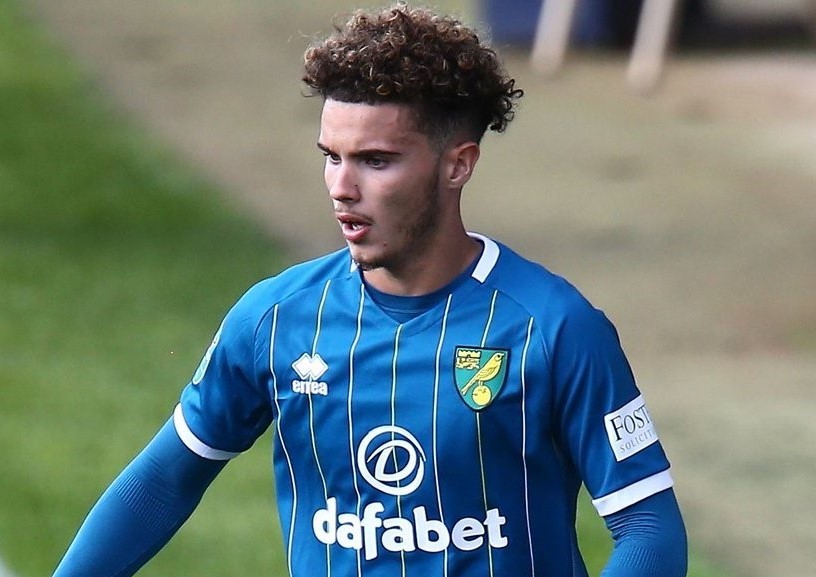 City’s conveyor belt of talent keeps producing gems, and Josh Martin is the next in line.

Martin’s gradual involvement during Project Restart inferred that more game time would be coming for the ex-Arsenal academy product once City returned to the Championship.

His first start came sooner than some might have expected. The large majority of the Canaries’ squad was either injured, suspended or away on international duty; an unfortunate circumstance which allowed Martin the opportunity to play 72 minutes during City’s 3-1 defeat away at Luton Town in the EFL Cup.

With earmarked sales of Todd Cantwell and Emi Buendia not coming to fruition, the nimble winger has had to bide his time to receive further minutes on the pitch. So much so that prior to City’s 1-0 win over Swansea, Martin’s only other competitive action came for the Under-23s in the Football League Trophy away at Newport County.

But from one unfortunate circumstance to another. This time it was the host of injuries – in tandem with an excruciatingly packed fixture schedule – that opened the door again for young Martin.

Coming in for the fatigued Przmyslaw Placheta on the left of City’s three in-behind Teemu Pukki, Martin showcased that City’s conveyor belt of young talent is showing no signs of slowing up just yet.

So far, it’s been Placheta and Cantwell who have typically occupied that position. But both are very different in their play, with Placheta preferring to hug the touchline while Todd tends to operate within the half-spaces. In Martin, City have a player capable of fulfilling both demands and he showcased just that away at Stoke City.

The intial ball is nothing more than a clearance. A punt down the channels. What Martin does here is phenomenal, showcasing how capable he is in operating in those wide areas.

After bringing the ball down in such a tight space, he has the awareness to turn Tommy Smith and use his quick feet to knock it past the onrushing Harry Souttar, creating a clear opening for City.

I mentioned earlier on how Martin is comfortable in both the wide and half-spaces – his assist for Teemu Pukki’s second demonstrates just that.

This time he drifts in from the right but is far more central, which allows him to thread through a gloriously weighted pass to Pukki who manages to beat the offside trap and face a one-on-one with Josef Burski.

The result is a third for City, a goal that should have made the remainder of the game far more comfortable.

But with Buendia now suspended and Todd seemingly unable to shake off his knock, Martin may well be handed his second start of the season on Saturday at home to Coventry.

Adam Idah, Kieran Dowell and Onel Hernandez are all out long-term, so if the Arsenal academy product continues to showcase his talent on the pitch and can beat off City’s apparent injury nemesis, then he has a real chance of becoming a regular feature in Norwich’s side.

His performance away at Stoke City would have done his chances no harm at all. Coming off the pitch with an hour under his belt and an assist should supplement his motivation to push on.

Four ground duels, two successful dribble attempts and one key pass highlight the impressive nature of Martin’s performance at the Bet365 stadium, one that is analogous to Cantwell’s league debut away at Reading in 2018/19.

And there’s no reason why Martin can’t make a similar impact to that of the Dereham Deco.