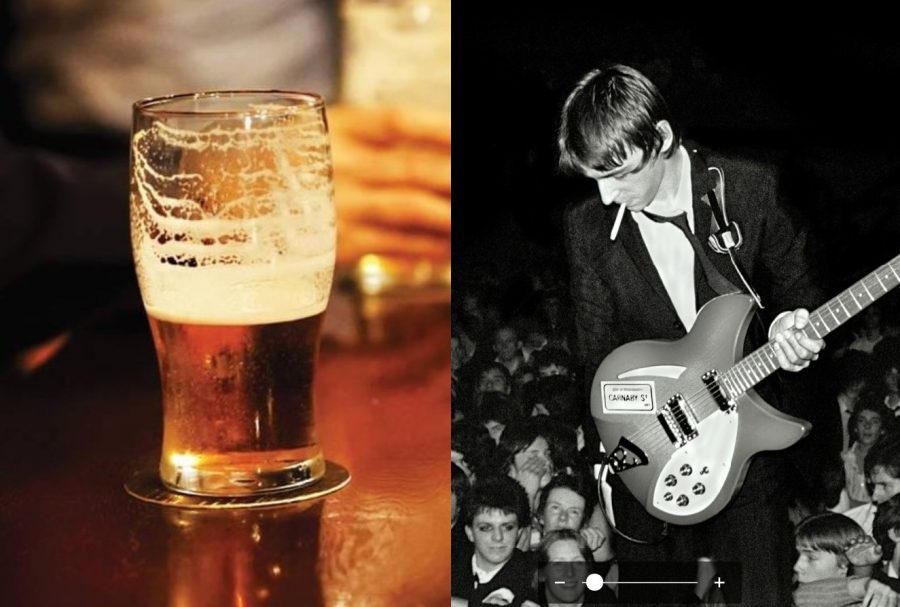 I’m a great fan of The Jam. Always was, always will be. They were more of a singles band but on, I think, their third album *Setting Sons* [the one with The Eton Rifles on it] there was a track called *Saturday’s Kids*.

Obviously, it featured trenchant Paul Weller lyrics about said kids living in council houses, wearing V-neck shirts and baggy trousers, and much more along those lines. Always on the far left side of socialism was/is our Paul.

One line from Saturday’s Kids comes particularly to mind after watching our Coventry City match on Saturday:

“Dip in silver paper when their pints go flat”.

For those readers who are fortunate enough not to get the reference, it means putting the half-metallic inside top of ten Players’ Number Six or whatever into a pint that’s been nursed for an hour or so to give it 10 seconds of effervescence.

I never had to do it myself as I worked a bar for a mate for over 10 years but I saw quite a few folks only slightly younger than me who did just that.

And that effect is what turned three points into one for us on Sunday.

Coventry refreshed their pint. We couldn’t because we didn’t even have the silver paper from the fag packet on our bench. I’m not infantile enough to suggest that the Sky Blues didn’t deserve their point because they ostensibly did – they made all five subs and went for an obviously tiring team throughout the second half.

We increasingly became as flat as a witch’s threepenny bit in the final half-hour and there was nothing Daniel Farke could do to stop it. Given luck and a fair wind we might have held on but we didn’t so maybe a point from that match is nothing to be sneezed at. Our ragged Yellow Army fought hard but so many legs had gone quite a bit before the end.

And now Max Aarons is surely out until the New Year too. It looked like a really bad shin [preferably] or ankle issue to me, all of his own making as he was caught out of position, fouled the onrushing Ryan Giles and we know what happened thereafter. Young Scots midfielder Reece McAlear, already warming up at this point, made his exceptionally late matchday debut at right-back.

We struggled to cope with Coventry crosses throughout the match to be fair. I think a first-choice XI [if Farke even has such a thing] would have put them to the sword with ease. But it wasn’t to be and we all surely had guessed that before kick-off.

Sure the timing of the equaliser was cruel but had it have arrived 10 minutes earlier I would have fancied Coventry to nick all three points, so I can’t really be too down about it.

I know Luton were on the end of a 4-1 thumping on Saturday. I know Emi will be back. I also know the Goat might make an appearance on Wednesday.

But I’ve got a few questions for our Daniel before our Luton fixture.

#1 Why were we shamefully short on subs again? Just six? How about three more Academy lads able to sit on the bench to get some experience of just that – taking in the atmosphere of what the sharp end is really all about? Those chosen youngsters would have been thrilled simply to be there so why deny that opportunity to them?

#2 No mention of Lukas Rupp’s situation at all before the game. Of course don’t give Mark Robins any pre-match intelligence but surely afterwards there could have been some kind of update?

#3 Everybody could see how nervous Coventry keeper Ben Wilson was. Why on earth did no-one take a long-range pot shot at him. Not just Mario Vrancic – Josh Martin and dare I say Alex Tettey could have had a go as well.

#4 If Rupp isn’t fit for Wednesday, who the $odding hell will be playing at right-back? Extremely rarely, Max won’t be able to turn out.

I still think we’ll be just fine when we get some bodies back, but in the meantime:

Shelving my disappointment there’s an old Irish song about a character called Dearg Doom who was quite a murderous gentleman when asserting his authority, insisting *100 heads are so much better than one*. Seems like a statement from the Football Gods on our current injury muster.

I’ll leave you with these. Even if you’re not a Jam fan the first one is well worth a listen. And any readers with Irish heritage like myself would naturally appreciate the Celtic rock of Horslips. And hopefully, some without said heritage might enjoy it too.