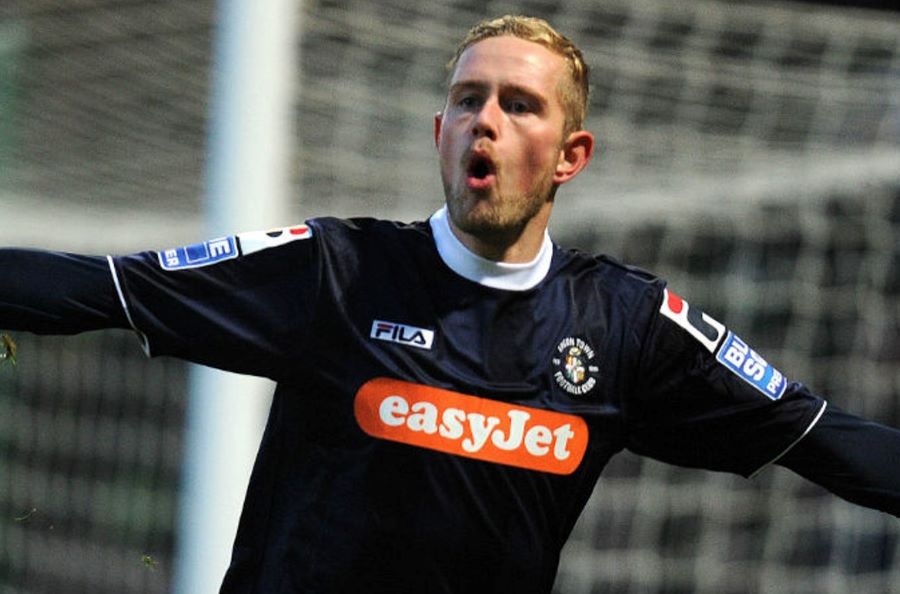 We have played them in the top division and again when they have been in the Football Conference. Tomorrow night we look forward to a trip to one of the more old fashioned grounds in English football. It’s a short(ish) trip to Kenilworth Road and a re-acquaintance with one of our friends from the old days in the Southern League.

It’s a visit to Luton Town.

I can’t begin a ‘we meet again’ piece with Luton Town without covering one of the biggest disappointments in Norwich’s long history.

To be fair, Third Division Norwich had already exceeded the expectations of even the most positive supporter. It had been a remarkable run, beating some of the giants of the game, including Manchester United and Tottenham. As such, facing Luton, one of the games ‘smaller’ clubs, would have had City fancying their chances of a famous day out at Wembley.

We need to remember that Luton were a First Division club and for Norwich to get a 1-1 draw in the first game was still some achievement. Norwich’s goal was scored by Hall of Famer Bobby Brennan, and he is still, to this day, the only City player to score in a FA Cup semi. It’s a sad statistic, as a quick look at the current top two divisions shows, in addition to Norwich, only four teams – Bournemouth, Swansea, Brentford and Reading – have never played in the FA Cup final.

Norwich’s sorry FA Cup record hit a new low in the third round of the 2012/13 tournament. Luton again won the game 1-0 but famously they were then a non-league club and Norwich were in the Premier League. At home and with a gap of five divisions made Luton’s victory one of the all-time FA cup shocks.

For the record, there was another FA Cup humiliation versus Luton. A 6-0 mauling in the 1926/27 competition.

Enough cup misery. In the league, we first met in Norwich’s first professional season, the 1905/06 Southern League. Luton were at the time a seasoned football club, having played in the Football League since 1897/98.

We both started in the newly formed Division Three South with Luton winning six of their first seven games. The form book swung by the late 1920s with Norwich unbeaten in five games before that FA Cup thumping.

Shortly after that defeat, City Hall of Famer, Jack Vinall signed for Norwich. Vinall was City’s main goal threat during the club’s stint in the second division. In total, he scored 80 goals in 181 appearances (fifth in the all-time listing) before joining Luton in 1937 and scoring a hat-trick for his new club against City the following season.

Luton were relegated the year after the 1959 semi and Norwich then completed the double over them in 1960/61, provoking thoughts of what could have been. The two then competed in the second tier until a golden season in 1981/82 when both teams won promotion, City in third and the Hatters worthy champions having beaten us twice during the season.

This set up a first-ever top-flight meeting on 28 December 1982 and a 1-0 win for Norwich at Carrow Road.

Both sides established themselves in Division One until Luton’s relegation the year before the Premier League started.  1986/87 was a particularly good season for both sides. On 11 October 1986, Norwich drew 0-0 on the old plastic pitch to sit, for the first time in our history, at the summit of English Football, top of Division One. It was also goalless later at Carrow Road as Norwich finished the season in a then-record fifth spot. Luton were just behind in seventh.

Norwich’s trip to Bedfordshire on 13 August 1995 was significant in that it was the Canaries’ first game outside the top division since Leeds at home in May 1986 – a run of nine consecutive seasons in Division One / Premier League, a record sequence for the club. Norwich beat Luton 3-1 to open the season in style.

Leaving the ground that summer Sunday, few would have thought that it would be another nine seasons before we finally got back to the big-time.

Having missed out on the Premier League riches Luton suffered a brutal combination of financial ruin and heavy points deduction spiraling the club into the conference and non-league scene. As a result, the last league meeting was a 3-2 Norwich away win in February 2007.

The only meeting since then had been said FA Cup humiliation until we drew the Hatters in the first round of this season’s Carabao Cup. Any hopes of belated revenge didn’t go to plan, with what amounted to almost a second-string team (due to international call-ups) losing 3-1.

So, still the FA Cup defeat lingers. Tomorrow night we need to get that one out of our system for good.