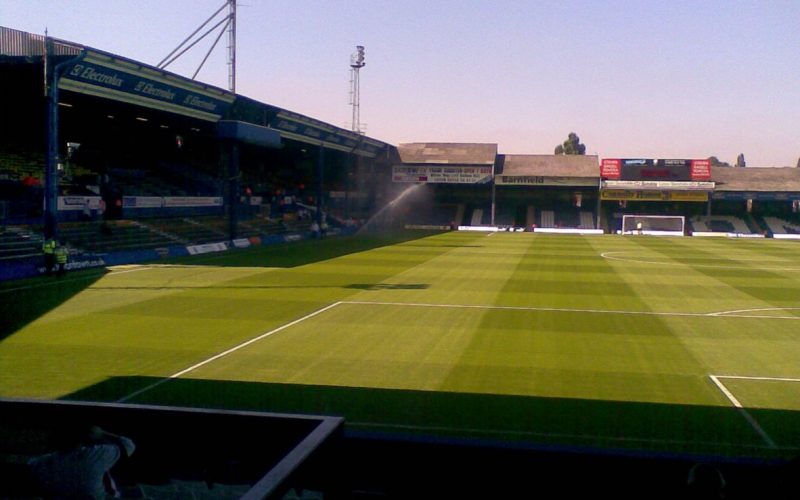 Wednesday sees our beloved Bundesliga boss lead his bedraggled, battle-weary B-Team to Bedfordshire for a battle against Luton’s basement-bothering boverachiever’s.

Okay, I overreached on the alliteration at the end, but there is one key B that will be in our favour at Kenilworth Road: Buendia.

While City somehow managed to give a pleasing facsimile of their usual selves against a well-drilled Coventry, despite the treatment room at Colney looking like an A&E department in Glasgow on Hogmanay, they looked dead on their feet by full time. Every player out there was either exhausted or hobbling, so lord knows we desperately need an injection of freshly-rested Argentinian genius into the eleven come Wednesday night.

Who will be out there with him will remain a mystery until kick-off time, as training sessions on the fields of Colney appear to have a similar risk level to that of lion-tamer, knife-thrower’s assistant, or PA to Priti Patel.

While initial reports are that Max Aarons has a contact-only injury that should hopefully resolve fairly easily, given Dame Fortune’s habit of kicking us heartily in the nether regions, I’m fully braced for further assessment and test results to reveal something that will require at least partial-amputation.

Emi Buendia will undoubtedly make his return, and unless Daniel Farke suddenly develops further confidence in the youngsters he has, some combination of the ten senior players that started the game that still have both legs, plus Christoph Zimmermann, will probably be wheeled out for another knackering 95 minutes.

So what of Luton?

They currently sit 12th in the table with a record of five wins, four draws, and five defeats. All the hallmarks of a bang average team who can beat anyone on their day, and also lose to anyone.

They are coming off a 4-0 tonking at Cardiff that Nathan Jones described as horrific, and said that pre-game he had considered making eleven changes just to freshen things up but didn’t end up doing it. Given that they then played sluggishly, conceded two early goals and lost heavily, he may revisit that plan when he sees the walking dead limp into Kenilworth off the coach looking bleary-eyed and yawning.

Luton’s performance against Cardiff was woeful with the defence, in particular, looking spectacularly clueless. Three of the four goals were as a direct result of a corner, which they defend zonally, and also in which they have not a single Scooby what they’re doing.

With Buendia returning to corner duties and the possibility of three centre-backs being deployed in the likely absence of Aarons, set-pieces could be a source of potential for us.

Overall, Jones is unpredictable when it comes to formations, which is possibly why Luton are able to punch above their weight in this division, as they regularly change tactics to suit the opposition.

In goal they have Croatian international Simon Sluga. He’s a big lad and a decent shot-stopper but is so indecisive about whether he should come out for crosses or stay in his goal you’d think he was following lockdown instructions from Boris Johnson. If our delivery is good we could have fun with him.

In defence, the one constant is the big lump that is Sonny Bradley, a tattooed Poundland Grant Hanley who, to be fair, is their best defender and pretty dominant in the air. Like most defenders at Championship level though, he struggles with pace and movement, and I’d be very tempted to let Josh Martin have a run at him.

Alongside Bradley, there have been various centre-half options. The most recent against Cardiff was Glen Rea, who also plays as a defensive midfielder. He plays centre-half like a midfielder too. You know when Tettey has to fill in at CB, does okay in the air but then gets caught nine miles out of position day-dreaming and lets a runner through for an easy tap-in? Yeah, that. Let’s hope he starts against us.

A better option is Matthew Pearson, who has started every game at either centre-back or right-back. He kind of falls between the cracks of being top-quality at either but he’s at least mobile and strong.

The other centre-half option is Tom Lockyer, who has made five appearances and tends to pop up as and when the Hatters go to three at the back.

If Pearson isn’t playing right-back then it will be Martin Cranie or James Bree. Cranie is that player whose name you vaguely recognise because he changes clubs every year and has played for every other team in the Championship without ever properly establishing himself in the first team.

If Luton play with wing-backs, Cranie will be the man. He has also filled in on the left as well. James Bree was a promising young right back at Barnsley, went to Villa who gave him very few opportunities before deciding he wasn’t up to it and selling him to Luton. The one thing he does have is pace so he might be the right man to face Placheta.

Josh Martin, on the other hand, would have great fun against him, or Cranie for that matter.

At left-back (or wing-back), 12 out of 14 starts have been made by Rhys Norrington-Davies, a loanee from Sheffield United with a decent left foot. He’s better going forward than defending though and will be delighted that he doesn’t have to face the Aarons/Buendia combo together as I’d have fancied their chances. The other options are Cranie, or the duo of Everton reject Brendan Galloway and former starter Dan Potts, neither of whom have made a start this season.

In midfield there are an absolute carousel of options that Jones changes according to which of his formations he’s employing that day.

Ryan Tunnicliffe made only his sixth start this season against Cardiff and teammate Kiernan Dewsbury-Hall made his seventh, and both were subbed off as they got battered, so I wouldn’t expect them to be the first names on the team sheet on Wednesday.

Alongside them was Pelly Ruddock-Mpanzu, who has started 14 games this season, appearing in centre-midfield, on the wing and even up front. He’s a strong, capable runner and a crowd favourite for his battling qualities. Jones did hook him before half-time against Cardiff though so perhaps he’s not in the best of form.

Other midfield options include Glen Rea (he of the Tettey School of defensive concentration) who can be effective at breaking play up, Luke Berry, an experienced attacking option who can break dangerously into the box at the right time, Joe Morrell – a recent signing who was name-checked by Jones as having had a good impact when he came on against Cardiff (so expect him to start) – and Gavin Moncur, whose best-known quality is that he’s easy for pundits to remember as the son of former West Ham player John Moncur.

Any of these could be in the offing for a place against us.

On the wings, Harry Cornick is a very good player, and one I’m hoping will be missing following his subbing against Cardiff, especially as he was quality against Norwich in the League Cup defeat at the start of the season.

Elliott (son of Rob) Lee is another wide option who specialises in getting himself into goal scoring positions. Available options also include former Accrington wide-man Jordan Clark, and the occasionally-brilliant, often underwhelming Kazenga Lua-Lua.

Up front it’s a more straight-forward situation. James Collins is no stranger to the City defence, having hit a hat-trick to knock us out of the League Cup and is the current first choice, although he has only managed to notch twice in the league this season. His rivals for the starting job are Danny Hylton who is a strong experienced striker, but likewise he has failed to hit the net at all this season, and Sam Nombe, a new signing from MK Dons this season, who made his first appearance from the bench against Cardiff.

I’m not sure I truly fancy us against anyone right now with the catalogue of injuries to key players, but we could be facing worse opposition than Luton, who looked shell-shocked against Cardiff.

The X-Factor for Luton is Nathan Jones. If he tinkers, as he surely will after such a thumping, and gets the balance right, we’ll be up against it.

Given that we have so few options, he should have a fair idea of how we’ll set up, and he’s bright enough to put out a side that can exploit that. Our strength will be that man-for-man we’ll have better players than Luton.

Jones does have a habit of making those players greater than the sum of their parts though. It should be a fascinating tactical game between two very bright young managers.