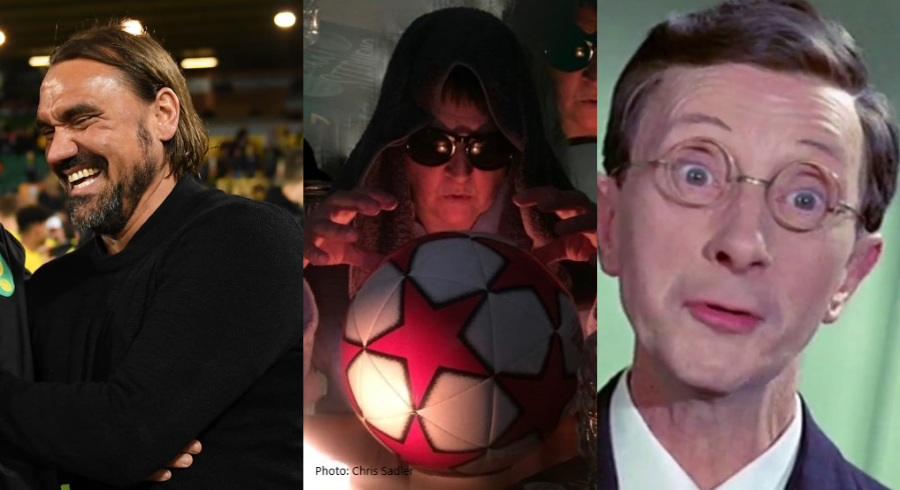 Injuries, eh? Fate can sometimes lead you on a frustratingly circuitous route to success.

Norwich City have had their fair share of injury problems over the past eighteen months, and even helped themselves to some other clubs’ portions too.

I could reel off the list of currently crocked Canaries, but life’s too short and there are only so many key-presses left in my ageing fingers. That stuff is best left to the team of dedicated talent manning the crutch-line at Archant. But you know who they are.

The frustrating thing is that City were starting to build momentum and things were looking up. Right up. Then the injury gremlins got bored crocking a handful of zillionaires up at Anfield and decided to head south-east to Colney to tap a few knees and ankles and tweak a hamstring or two down here too.

Hopefully, they’ll soon get bored and head elsewhere yelping and snickering hideously as they go.

Are the injuries down to excessive training regimes? Increased game-load? Fragile players? No. Undoubtedly it’s gremlins – distributing bad luck in handfuls from their little leather pouches as they dance about on the training pitches. It’s a temporary affliction.

Speaking of the esoteric, I bumped into local seer and oddball Nostrafarmus in the village this week. He told me in that gruff sing-song voice of his – and this is my interpretation of the rather arcane and quaintly phrased quatrains he reeled off – that the Championship this year is weaker than Charles Hawtrey in a sauna (don’t hold that image for too long) and there will be breakaway leaders who will romp home by more than 20 points.

He also said ‘disappointment would be an early feature, with glory to follow’. He also said specifically: ‘it’s the March in March that matters’.

As you know, Nostrafarmus is never wrong.

Heading a division too early can become an overconfident and complacent chore. The real meat is towards the end of the season.

The blessing in disguise of the current injury-fest is that youngsters will inevitably be blooded – it’s always ‘blooded’ isn’t it? Not the best metaphor bearing in mind how Colney treatment room looks at the moment – and they will be exposed to first team action a year or so earlier than they otherwise could have expected.

The potential future benefits for them and the club are enormous – and even when the genuine first-teamers return they will know they’ve got a horde of talented whippersnappers snapping at their heels. In sport, competition is a healthy thing. All good.

I agree with ol’ Nosty, there is room for optimism here. As long as City are still in the chase in a couple of month’s time, the opportunity to realise and exploit another sustained period of momentum will surely reap huge benefits.

For the time being, let’s take a watching brief – and for some of us that means from in the stands (boffo!) – and continue to offer full support and belief.

Good times are ahead…