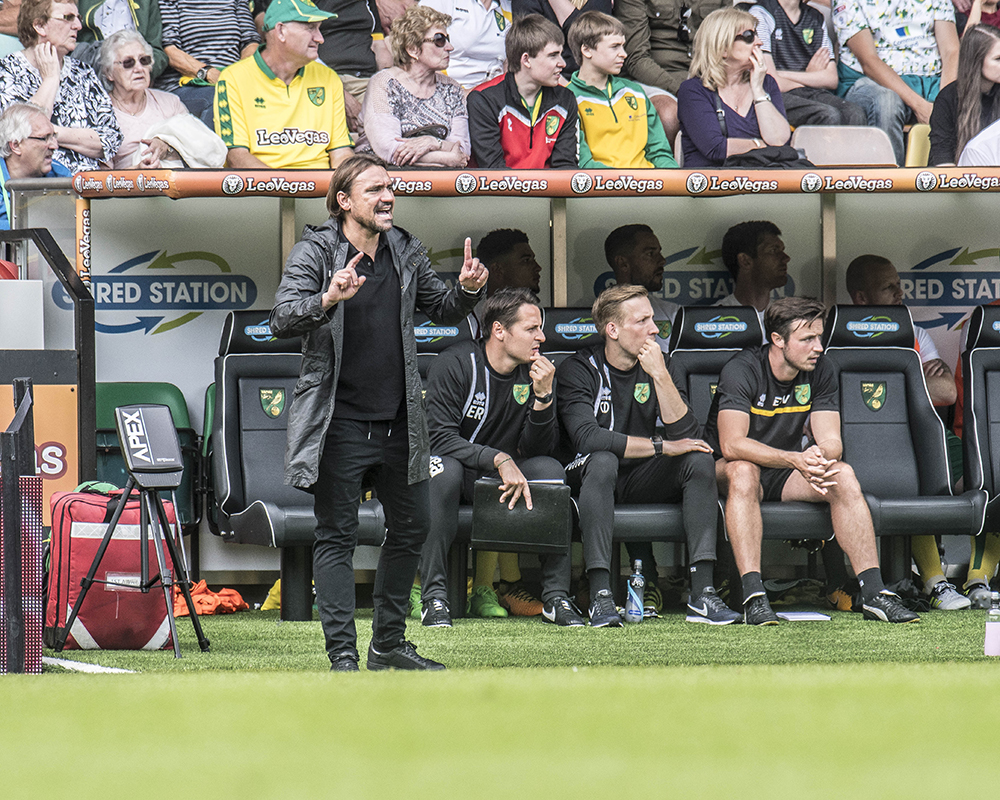 City’s 2-1 win over Sheffield Wednesday included late goals, a comeback and victory for a possession-based side. It was everything Daniel Farke loves and everything Tony Pulis hates.

From day one Farke has dealt with criticism of his ball-playing sides, from frustration and adaptation of the fanbase in the early throws of his tenure to lazy punditry in his Premier League spell.

It’s been claimed that passing out from the back guarantees defensive errors, that possession-based football is too intricate to be reliable, and that the players in the Norwich arsenal aren’t good enough to be successful playing that way.

The style of football that Wednesday brought to Carrow Road is the one everyone presumes is the safest path to success at this level, a presumption Farke dealt a powerful blow with the victory.

Up until the 81st minute, Pulis’ plan had worked perfectly, sitting behind the ball in numbers, nicking a goal on the counterattack and preceding to drop even further behind it afterwards.

At that stage, City were sixth in the Championship table and their smooth attacking football was looking like it had failed them for the third time in a week.

Cedric Anselin claimed on BBC Radio Norfolk that the Welshman had outsmarted his German counterpart, and that, despite nearly 70 per cent of possession, the Canaries would walk away empty-handed.

Cue the introduction of Josh Martin, a 5’8”, slight, 19-year-old attacking midfielder, the type of player who would never come off a Pulis bench or even occupy a place in a Pulis squad.

Martin coolly slid home a delightful pass by Mario Vrancic (another slight, technical midfielder, by the way, the kind who spends more time doing his hair than getting his knees muddy) to equalise.

It was the first sign in the match that Farkeball could pay off, that hoofball may not be the solution after all, and it wasn’t the first time the Canaries patiently passed their way to success against a low block this season.

Aitor Karanka’s Birmingham were similarly rigid and left NR1 with a 1-0 loss, the same scoreline Neil Warnock’s Middlesbrough were dealt after the international break.

City’s charismatic manager is slowly proving that his way is the right way, but he can’t take all the credit.

His wonderfully technical squad are trusted to take the game to the opposition in every match, and without their talent and creative guile would do nowhere near as much damage.

Vrancic’s eye for a pass was crucial on Saturday, Max Aarons’ weaving started the move for the winner, even Michael McGovern is starting to look composed on the ball and Emi Buendia’s flare is irreplaceable, right down to the last wave of a frustrated arm in the air.

Aarons’ celebration following the winner highlighted just why Farke’s style is becoming so popular in the wider footballing landscape. He turned and saluted the 2000 eager fans inside Carrow Road as they allowed themselves to lose it at the sight of a winning goal in the flesh for the first time in nine months.

This trying period has reminded us all so brutally how much football really is for the fans, and no fan wants to watch their team play as Sheffield Wednesday did. We want to watch our favourite players on the ball, attacking, looking for the next goal and desperate to show the talent we all wish we had.

This City side is allowing us to actually watch our team play football, living vicariously through them, while Sheffield Wednesday’s fans book hotel rooms just to watch a group of men put a shift in on a cold Saturday afternoon.

The Canaries’ victory was a complete turnaround that showed even the harshest of critics exactly why this style will prove successful, but the task doesn’t stop here. Norwich fans know all too well the style of football they’ll go up against on Wednesday night, when Chris Hughton returns to Carrow Road with a relegation-threatened Nottingham Forest.

The former Canary will be out for revenge, and will feel the situation is ripe for his park-the-bus approach.

There’s absolutely no appetite among the City ranks for change, and they’ll go out with the intent to show Hughton just how he should’ve played if he wanted success in Norfolk.