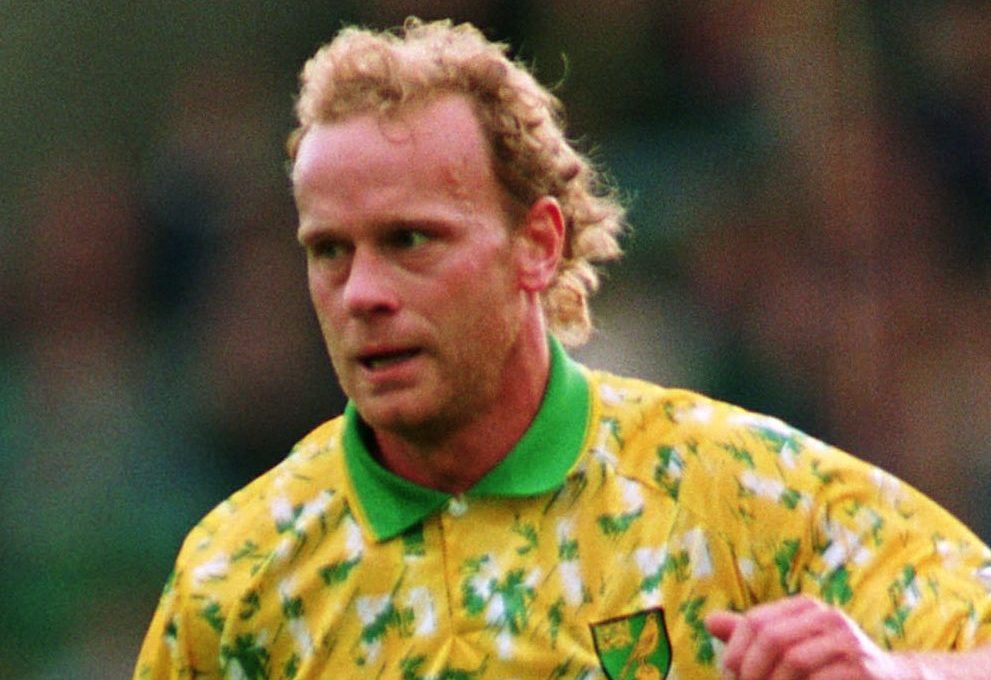 A quick leaf through the Canary archives never fails to pleasantly surprise. Generously stocked with diverse heroes from every age, Norwich City’s history is always a joy to explore. Permit me a moment to share the tales of three such heroes.

This trio all trod the hallowed turf at Carrow Road, were cheered on by the Canary faithful, and wore the yellow shirt with pride. In their own way they pushed back the boundaries in their era and left a mark on us City supporters, the game as a whole, and the world beyond.

Perhaps now’s a good time to offer them a belated return to the spotlight to take a bow and again enjoy our appreciation, applause, and respect.

Anthony ‘Tony’ Norman Collins was born in London in 1926. His professional football career was delayed by the Second World War but he soon caught up, playing for Watford, Norwich City, Torquay, Crystal Palace, and Rochdale. He spent a couple of years at Norwich in the mid-1950s as a left winger, scoring two goals in 29 appearances.

After his playing career Collins moved into coaching, management, and scouting. He was appointed player/manager of Rochdale in June 1960 and renewed his acquaintance with the Canaries by taking Rochdale to the 1962 League Cup final where they met over two legs (with NCFC winning 4-0 on aggregate).

Collins was equally notable for being the first person of Black/White British mixed-ethnicity to manage a professional football league club in England.

I must confess a fondness for Sammy Chung. When I was a wee lad, collecting football cards was the thing. I vividy remember buying them from our local rural sweet shop, gloriously colourful little packets of six accompanied by a ghastly thin grey slab of chewing gum, and swapping them at school: ‘Got, got, got, got…’

That first set of football cards included Sammy as he was manager of Wolves at the time. I remember every player and manager collected and have a nostalgic fondness for them all.

Anyway, to Sammy and his career…

Cyril ‘Sammy’ Chung was born in Berkshire in 1932. He started his professional football career in 1953 after completing National Service playing for Reading, Norwich City, and Watford in a 13-year career. Striker Chung cost City £6,000 from Reading and he scored nine goals in 48 games over three seasons from 1954/55 – 1956/57.

Chung started his coaching career in the mid-1960s when still a player at Watford under Bill McGarry. When McGarry left Watford for Ipswich Town he took Sammy with him and they won the second division championship in 1968. From there they moved to Wolverhampton Wanderers, where they won the League Cup in 1974. After relegation in 1976 McGarry left Wolves and Chung took over the reins, winning promotion back to the first division at the first attempt.

Chung later went on to manage and coach at Stoke City, Blackburn Rovers, and Doncaster Rovers. He also had spells abroad in Sweden, the United Arab Emirates, and Barbados. Not the worst location to finish a career!

The first – who Chung saw play but never met – was Frank Soo who joined Scunthorpe United as manager in June 1959.

Soo was 21 years older than Chung and played for Stoke City and Luton Town during the 1930s and 1940s. His management career included Padova in Italy, several clubs in Scandinavia, as well as Scunthorpe.

Soo was the first player of Chinese/White British mixed-ethnicity to play in the English football league and the first to play for England – although in unofficial 1940s wartime matches – lining up alongside Stanley Matthews.

But, despite Soo’s extraordinary achievements, Sammy Chung – admittedly due to fond memories, childhood nostalgia, and the NCFC connection – will always be a ‘first’ to me.

The final home match of the 1993/94 season saw Norwich play away at Liverpool. The Spion Kop at Anfield was the best known football stand in England (after the Barclay!) and it was due to be demolished in the close season to meet new stadium safety recommendations.

But the home fans’ celebrations on the day were subverted as another glorious Jeremy Goss hoof spoilt the party (although the hosts were generous in their appreciation). Goss’s winning strike earned the Canaries an unexpected 1-0 away victory and his goal was the last ever scored in front of that iconic Kop.

But perhaps Gossy can offer us something more than a ‘last’. After all, he was born in Dhekalia, Cyprus in 1965, and later represented Wales internationally. There can’t have been too many Welsh Cypriots – especially regular volleyers of spectacular goals – who’ve graced Carrow Road over the years can there? I’d count that as a ‘first’ too. Good ol’ Gossy. Great bloke.

So, thanks for the memories Jeremy Goss, Sammy Chung, and Tony Collins.

There have been many. And we salute them all.