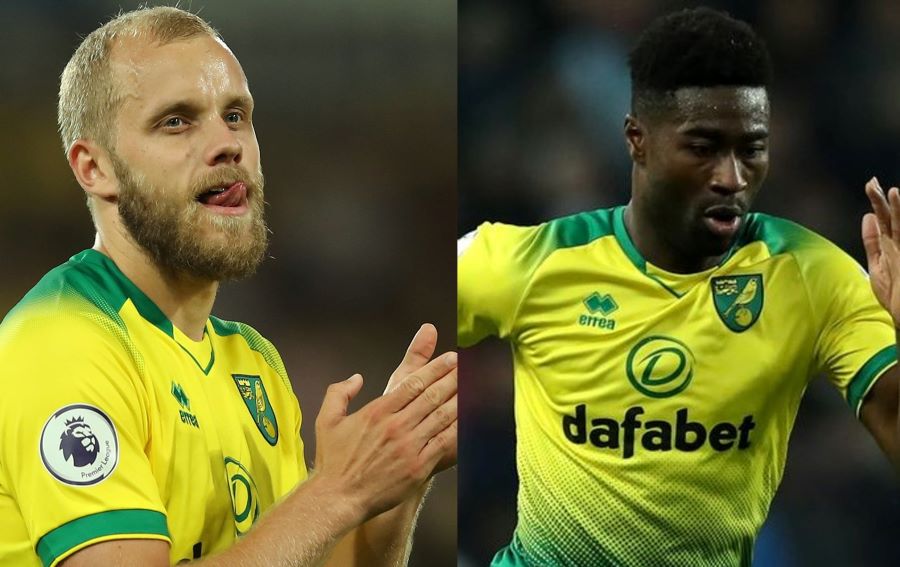 I’m pretty sure that not many Norwich City supporters would immediately associate themselves with the customs and history of the Royal Welsh Regiment. Except myself of course who for some inexplicable reason knows the connection between the regiment and the Canaries: the Goat.

For any MFW readers interested in regimental mascots. for some incomprehensible reason please see the link at the end of this article because I must hasten on to our own favourite caprine, one Teemu Pukki.

I knew it would be his day on Saturday when I read an exclusive interview with him that very morning in [go on then, sling some muck at me] the Sun. How Teemu loves it here, why he wants to stay and with a fair bit of praise for Daniel Farke and his squadmates thrown in for good measure. Teemu was as humble and polite as we have come to expect.

That was one heck of a game at Ewood Park and our Norwich City talisman rather than mascot, the Goat, more than played his part.

A wonderful turn on an Alex Tettey [more of him later] cross and there we were, 1-0 up and in control until half time. It was buried in the bottom corner and Blackburn keeper Thomas Kaminski was left clutching at the foggy Lancashire air.

We were not quite cruising, but well on the way at that point.

However a Tony Mowbray side never lies down as we were reminded with a relentless barrage of pressure from Blackburn at the start of the second half from which the extremely impressive Liverpool loanee Harvey Elliott [are you sure that lad’s still only 17?] profited with a fine burst and the nutmegging of Grant Hanley before driving confidently past Michael McGovern to peg it back to 1-1.

No, I’m not blaming McGovern as some folks elsewhere have – that left paw to keep out a Blackburn header from a corner in the first half proved his worth alone.

Back to the main man. Emi Buendia collected a fine pass from Josh Martin and decided to have a go from outside the box. One delicate flick from Pukki and there was the ball nestling beautifully in the back of Kaminski’s net for what proved to be the winner.

I cannot think of any other Norwich City players who have managed to score his 50th goal on his 100th appearance, which is probably because nobody has ever done it before. Considering Pukki’s spell at the club coincided with a remarkably unsuccessful season in the Premier League that is one hell of an achievement.

Pukki was not alone in his capacity as Mr Milestone Man though. The evergreen Alex Tettey notched his 250th NCFC appearance as well – again not many Canaries have managed that, particularly in the modern era.

All it needed to complete a memorable afternoon was to negotiate the final quarter of the match and with the help of a presence from the bench, we did just that, although a week ago that option was unavailable to us.

It was very satisfying to see more minutes for Todd Cantwell and Kenny McLean and Jordan Hugill got a brief entrance, allowing him to set up fellow late entry Marco Stiepermann for what could and maybe should have been a third.

So we remain three points clear of the unstoppable scoring machine that is AFC Bournemouth at the top, players are coming back from injury and for the vindictive amongst us poor old Paul Lambert will soon be giving tabloid journos the headline *Lamb Chopped*.

And if Teemu is slightly miffed about references to goats, I’m in the same byre me ole Finnish friend. Penney is old Irish for a swans’ nest, although I’m not worth googling so nobody but myself and my children know that.