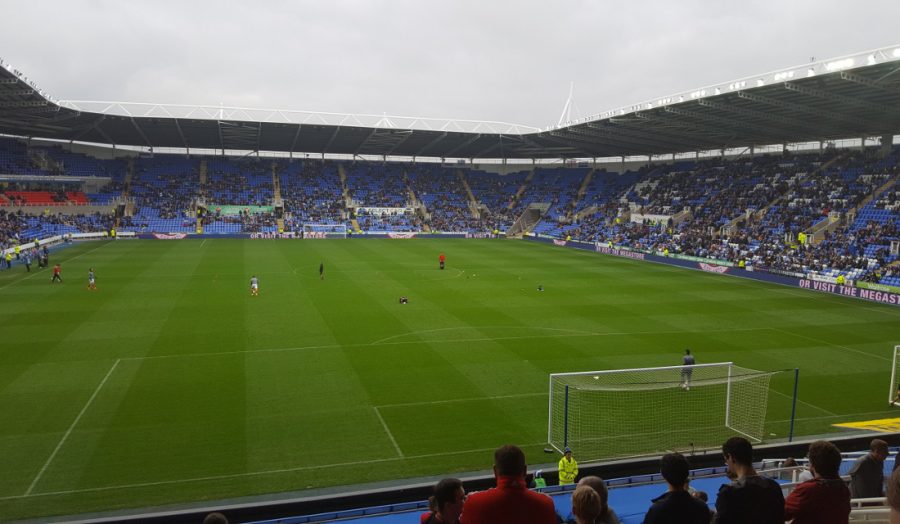 I hesitate to mention this, as it may lead some readers to check my record.

There’s no denying it’s a shocking record. And if you’re holding me to account, there are some new offences to be taken into consideration.

Yes: each year the MFW writers make their predictions for the eventual top six and bottom three in the Championship.  Apart from those times when Norwich have been promoted or Ipswich relegated, my prediction record is … let’s say, nothing to write home about.

This year is likely to be no different. I confidently fancied Derby (currently 22nd) and Forest (currently 21st) for the top six.  I didn’t consider Reading (currently 5th) at all.

In fact, I didn’t consider Reading for anything. Unfairly, no doubt, I tend to think of Reading as nondescript – the Everton of the Championship, perhaps.

Actually, I still have a warm stirring when I think back to 12 April 2004, a vital game late in our promotion run of that year. I was part of a full stand of City fans (a nice thought in its own right) at the Madejski Stadium to see if Norwich could secure a key victory. And we did, with a little help.

The only goal came in front of us, in the 86th minute. A fine strike by Phil Mulryne – as a Reading defender’s clearance hit referee Neal Barry and dropped perfectly for him.

(That reminds me: must get my Christmas card off to Mr Barry…)

These days, of course, the goal wouldn’t stand; we’d have a dropped ball instead. No fun.

Wednesday may well be another competitive affair, likely with more goals.

One of the reasons I didn’t think to predict much for Reading was the unknown quantity of their new manager this summer, Veljko Paunovic (I shudder at the thought of Canarycall if he were ours).

Eight games into this season, he must have thought the Championship was a pretty easy gig. Reading won seven and drew the other, tearing away to a seven-point lead.

They came back to earth with four successive defeats, before settling into a more solid pattern. Their last six games have been three wins, two draws and a defeat.

Though it’s not the most elegant word, some of my American friends would say that Reading and Norwich are the winningest teams in the division. They’re the only ones to have won 10 or more of their 18 games.

Reading currently sit four points behind us, mainly due to having lost five games to our three. They’ve scored and conceded more than we have (in fact, conceded the most of teams in the top six) – one of the reasons I suspect there might be goals on Wednesday.

Another one to watch for, though, is Yakou Meite: his six goals have come from just 12 appearances.

I dearly wish I could be there this week, for what promises to be another engrossing Championship meeting between two positive sides.

As for the result, not an easy one to predict. On the balance of play, we were slightly fortunate to win at Blackburn on Saturday. Our battle-weary troops – remembering that we still have almost an entire team out injured or barely recovered – will have to stiffen the sinews once again.

It may not be easy for us to contain an impressive Reading team. That said, we have the skill and character to give another good account of ourselves.

But of course my prediction record is shocking….