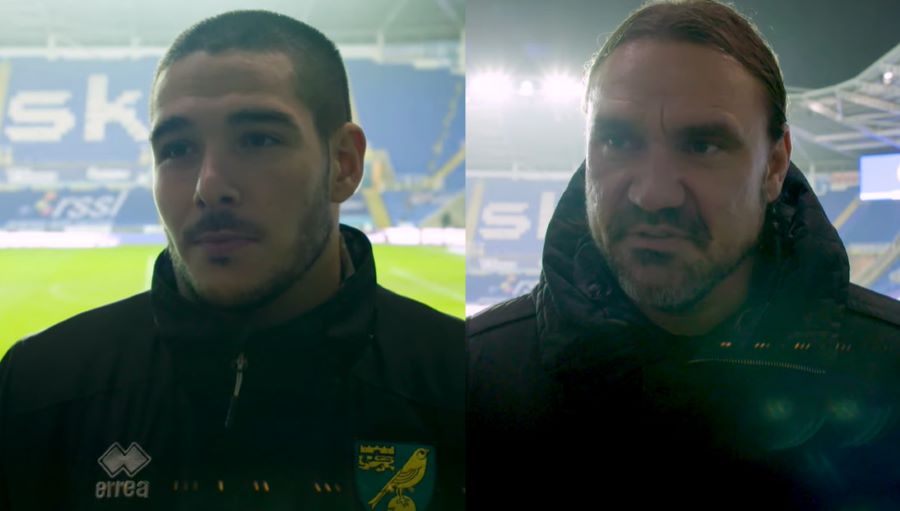 If the City legend that is Darren Huckerby says it, then it would be churlish of me to disagree.

As, unlike Hucks, I’ve got more than 280 characters at my disposal I will add that there have been far too many of this type of performance this season for there to be any element of luck surrounding them.

Whisper it gently – we’re still under the radar everywhere except EFL on Quest – but we’re really starting to turn the screw now and have developed the gift of consistency which has never been a traditional part of the make-up of the boys in Yellow.

Plus we have the luxury of Tim Krul, Xavi Quintilla, Sam Byram, Bali Mumba, Ben Gibson, Przemyslaw Placheta and Onel Hernandez coming back over the next few weeks to join the fit-again quartet of Jordan Hugill, Kieran Dowell, Todd Cantwell and Kenny McLean who all got minutes last night. In fact, the Mayor did the full 90+ in his usual solid, unspectacular but effective way.

Daniel Farke and Emi Buendia were interviewed afterwards and you could feel the inner glow of satisfaction in both of them. Not smugness, not at all. More a sense of *we worked bloody hard for this and got what we deserved*

Most of us will know that Daniel has a very dry sense of humour at times, never better exhibited than in this post-match masterpiece:

“We are in a good position. When you are sitting top after 19 games you would have expected maybe one or two easier games. Maybe to win a game a bit more comfortably and you can relax in the closing minutes.

“No, every win is close, every win is tight. We have had to keep going until the last second. That is a good message for us for the rest of the season.”

As for the match itself, that was well described by MFW’s James Colman this very morning so I’ll restrict my comments to observations of how well Emi and Max Aarons worked down our right flank together and, yes, I did feel there was enough contact on Max to justify the penalty award.

I suppose we were due a deflected effort against us but courtesy of Kieran Dowell we so very nearly had yet another one of our own. And let’s not forget the fine save from Michael McGovern at the death – stoppage time was, once again, a little bit hairy.

As Hucks alludes to, our game management seems the best it’s ever been just now. To balance that, there have been no four or five nil drubbings dished out either.