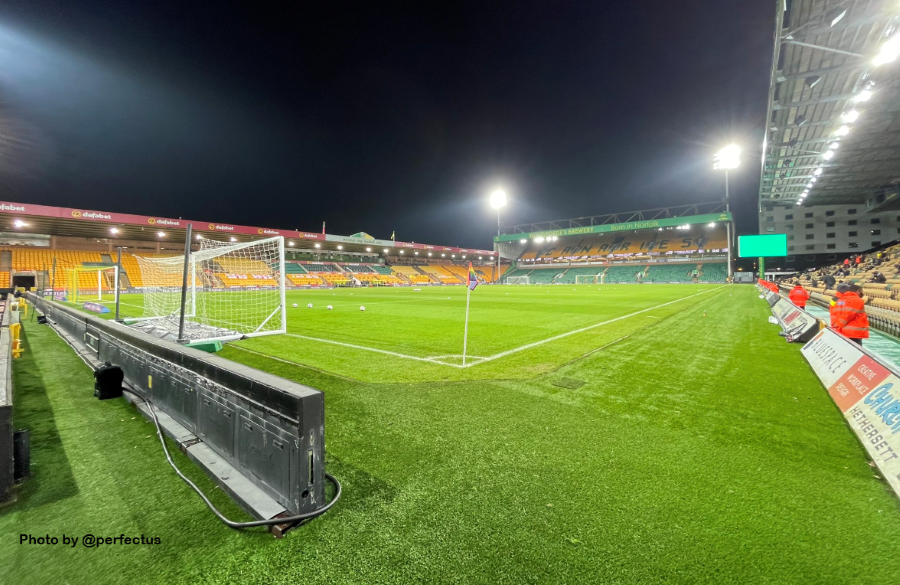 Having just watched us reinforce our place at the top of the Championship table by beating a decent Reading side without really getting out of second gear, it’s difficult not to get a little carried away by dreams of promotion and thinking about how great the football will be at Carrow Road on Saturday.

So without further ado, let’s do a screeching 180-degree turn and focus on how good the opposition is, and why that won’t happen. Because dreams of a carnival day of flicks, farts and fannies are undoubtedly the precursor to a firm kick up the backside in the Championship.

And while our opponents linger in mid-table, they are, without question, one of the form teams in the Championship. A terrible start to the season may have hinted at a team struggling to recreate their play-off form of last season but Neil Harris’s men come to Carrow Road off the back of five wins in the last six, with the suggestion being they have well and truly turned the corner.

Formation-wise they vacillate between 4-4-2 and a 4-2-3-1, and while the latter was the formation they went for on Tuesday night when they beat Birmingham 3-2 at home, 4-4-2 was the preferred set up for the previous seven games. So it’s difficult to tell exactly how they’ll line up. My bet is that away from home against the league leaders, they’ll go conservative and have a 4-2-3-1, looking to have two defensive midfielders shielding the back four to give them a solid base.

In terms of their squad, it’s evolving from what it was under Neil Warnock. Some of the bigger names have packed their bags and younger, hungrier replacements are starting to emerge.

In goal, Alex Smithies has taken the position from Neil Ethridge and provides a solid base for the defence, and maintains a reputation as an above-average shot-stopper.

In front of Smithies is the centre-back pairing of Sean Morrison and Curtis Nelson, who, like their goalkeeper, have both started every game this season. Both are confident in the air, and they work well as a partnership against most Championship attacks. Don’t look for them to play out from the back too much, but as a stoic pair of stoppers, they won’t be easy to beat.

In the full-back positions, there were initially more changes in the positions in the early games, but for the past twelve Leandro Bacuna at right-back and Joe Bennett at left-back have had the positions pinned down. Both players spent a few seasons on the fringes of the Aston Villa first-team before finding themselves in South Wales.

Bacuna is an accomplished player on the ball who is equally at home on the right wing or even in central-midfield and has pace to burn, whereas Bennett is more of a pragmatic old-school left-back who defends first and foremost.

The fact that Cardiff have experienced their recent revival in a period when the goalkeeper and back-four have not changed for 12 matches speaks volumes for how well that group works together and we should not underestimate how difficult it will be to break them down. They have only conceded eight goals in their last ten games.

In front of them, the midfield two will probably be former Rotherham skipper Will Vaulks and academy graduate Joe Ralls, who should be available again following a suspension after being sent-off in the derby defeat to Swansea. Marlon Pack, former Bristol City mainstay, deputised for Ralls while he was out and played well, so is also an option here.

The wide options come from Gavin Whyte, Harry Wilson, Sheyi Ojo and Junior Hoilett. Northern Ireland international right winger Whyte made his first start of the season in the last game against Birmingham. Ojo’s long-striding style sees him glide down either wing at pace. Junior Hoilett, who is listed on Wikipedia as only 30, despite having made his debut with Stanley Matthews, is also around, although his starts have dried up in recent months and he may well start on the bench, especially as he’s carrying a knock.

Harry Wilson, whom Liverpool fans deem not good enough for their team, but who’s worth ten times more than any Norwich player they are linked with buying, is on loan to the Championship again after a meh season with Bournemouth. He’s currently trying to prove that he’s not one of those players that looks good in the Championship but can’t cut it in the Premier League. He started the last match in the number ten position and will provide a great threat if we give away any silly free kicks near the box.

The other option at number ten would have been Lee Tubsy Tomlin, the roly-poly half-ar$e that stumbles around the Championship living off cheeseburgers and one worldly a season. However, he pulled a groin muscle when he walked past Greggs and is out for the next few months.

Up front Kieffer Moore has been the main man with eight goals so far this season and is a physically intimidating prospect at 6ft 5, albeit one who has some decent ability on the ground to go with it. He’s another that has succumbed to the workload of games recently though and has a hamstring issue that will rule him out against Norwich.

Other options are fellow cobweb sweeper Robert Glatzel, a 6ft 4 German who started on Tuesday and scored, and home grown academy prospect Mark Harris, who has amassed a few starts in recent matches.

One name that you may have been waiting to hear but who I haven’t mentioned yet, is that of our own Josh Murphy.

At £11million he is by far the most expensive player in the Bluebirds squad yet he has only made three starts all season, scoring no goals and creating only one assist. Cardiff fans seem none too keen on the whole, with phrases like “show-pony”, “heart’s not in it” and “zero confidence” being the most common descriptions.

They know, as we did, that there’s a really talented player in there but neither Warnock or Harris have been able to unlock that talent on a regular basis. Having been absent through illness on Tuesday, Josh may make it back onto the bench at Carrow Road.

While they are still nowhere near as direct and pragmatic as they were under Warnock, Harris has not entirely moved away from that style. You won’t see Nelson and Morrison playing out from the back, and the defensive midfielders tend to be exactly that, with attacks forming down the wings, or in the channels for the strikers, particularly when they play two up top.

Cardiff tend to sit deep and use the pace of Ojo and Wilson on the break, so be prepared for another bus-parking siege at Carrow Road. With a really settled back four and goalkeeper we will be up against it.

Moore being out is a huge loss for them, but in Glatzel you still have another big lump that can cause defenders trouble and win those free kicks around the box to make Wilson lick his lips if Grant and Zimbo aren’t careful.

It won’t be as pretty as Reading, and we may need Mario to pick some locks in the final third to make a breakthrough. This one isn’t easy.

Our U-21 side take on @dcfcacademy at Carrow Road tomorrow evening at 7pm! 🔰

Entry to the game is free via the South Stand!

100% However, how often players are working in training on the psychological aspects of their performance?

If he’s the player we all think he is and we only get half a season with Isaac Hayden, I’d be happy with that #ncfc

🟡🟢Delia on that #ForeignOffice splurge at the #NCFC club shop.