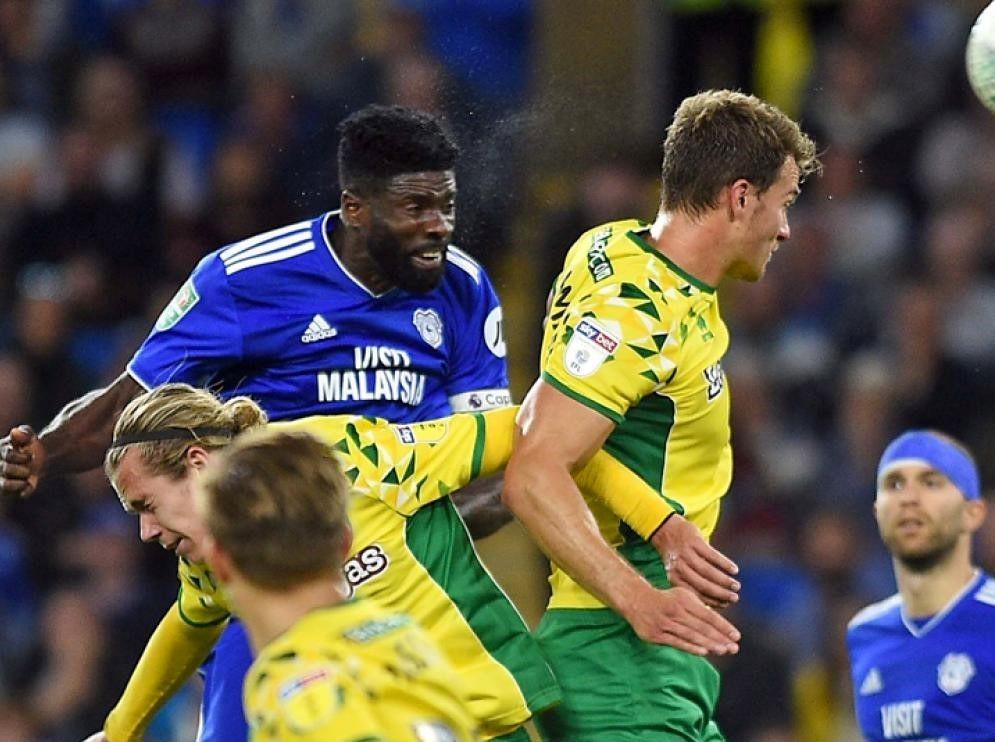 Sadly, there will be no away fans at Carrow Road for this Saturday’s game but with a lunchtime kick-off and a dismal record of just three wins in 28 trips, maybe, in this case, it’s one Cardiff fans would be better off watching from the comforts of their living room? We’ll see.

Cardiff were elected into the Southern League Division Two in 1910-11, before joining Norwich City in the non-league’s top-flight in 1913-14. War intervened and by its conclusion Cardiff had leapfrogged the Canaries, gaining a place in Division Two, as the league looked to expand its geographical reach.

Our first league meeting was on 19 December 1931, a 2-0 home win for Norwich swiftly followed by another 2-0 win in the away fixture. A good start that was maintained throughout those Division Three South days with Norwich recording six wins to Cardiff’s two. Mind you, those two defeats were heavy, a 4-2, and in December 1946, a 6-1 humbling at Ninian Park.

Away from the league, there was a famous victory in the 1959 FA Cup run. That run included wins over Manchester United, Tottenham and Sheffield United, therefore the fourth-round win against Cardiff often falls under the radar. Cardiff though were a division above the Canaries, so to beat them 3-2 was still a sizeable shock and a notable result in Norwich’s footballing history.

The home game in Norwich’s 2003-04 title triumph stand-out. The 4-1 win on 13 December 2003 was the Darren Huckerby show. A scintillating performance in the popular loanee’s final match and a game that convinced the Norwich Board to ‘splash the cash’ to secure his signature permanently.

By the time Norwich travelled to South Wales on 13 March 2004, Huckerby was a Norwich player playing a central part in our charge towards the title. In keeping with the trend, Cardiff inflicted a rare defeat on us with a 2-1 win in Wales, but fortunately, it was nothing more than a blip, as Norwich went on to win eight of the next nine games.

Onto the next promotion campaign and this time Cardiff were our main rivals for the coveted runners-up spot. In the head-to-heads, Cardiff held the upper hand winning 3-1 at home then drawing 1-1 in a top-of-the-table clash at Carrow Road (it could have been worse if it wasn’t for the last-minute Russel Martin equaliser).

Perhaps the most significant result that season came on 2 May 2011, when Cardiff lost at home to mid-table Middlesbrough and a goal from ex-Norwich loanee Leroy Lita. That surprise defeat put Norwich in the driving seat, one gratefully accepted later that evening in Portsmouth.

We have met in the Premier League, just the one in 2013-14, a season that ended in relegation for both teams. The home game finished 0-0 while City lost away later in the year 2-1. One of Cardiff’s scorers that day was popular former Norwich striker and Hall of Famer, Craig Bellamy.

A Cardiff lad, Bellamy left his home as a youngster to make his name on the other side of the country. He wasn’t the first to make that journey with Noel Kinsey, Dennis Morgan, Donald Pickwick and Ollie Burton all Welsh kids that went on to become Norwich City Hall of Famers.

Another Cardiff striker popular in these parts is Robert Earnshaw. Unlike Bellamy, Earnshaw made his name at his home town club, joining Norwich at the later stages of his career. Earnshaw joined us on winter transfer deadline day in 2006 and his goals were largely responsible for keeping Norwich clear of the relegation zone. He scored 27 in just 45 appearances, one of those being the winner in Cardiff on 22 April 2006.

After those Premier League games, there was a run of high-scoring games, a 4-2, 3-2 and a 3-2 – Norwich the winner on each occasion. The most significant win, however, came a few seasons later in the much-maligned Carabao (League) Cup. Only 6,953 were at the Cardiff City Stadium to witness a 3-1 Norwich win.

A win, in context, that would prove critical in kick-starting that amazing 2018-19 championship-winning season and a game that announced the arrivals of Max Aarons, Ben Godfrey and Todd Cantwell. All performed well in that cup game and all subsequently went onto play key roles that season.