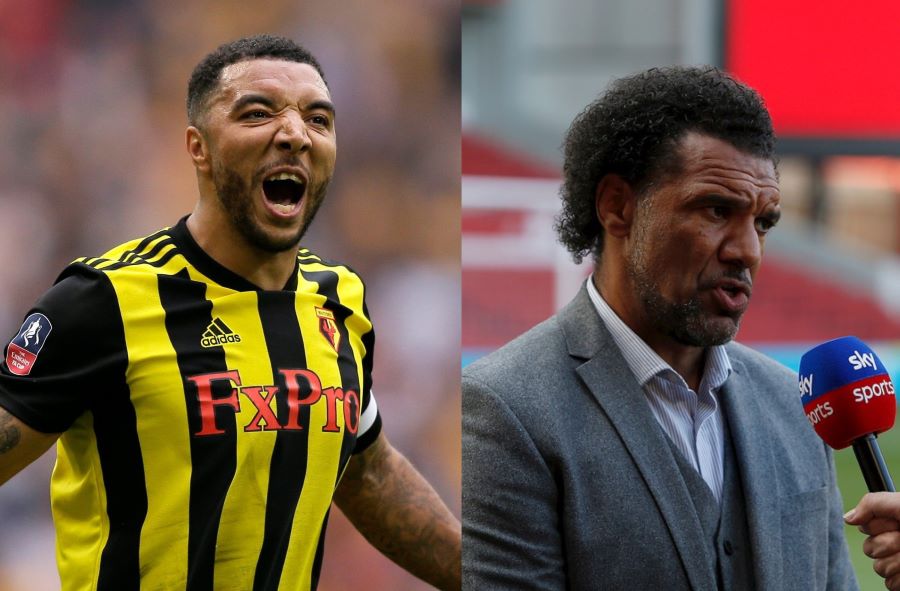 It wasn’t the Boxing Day we had hope for obviously, but then again we don’t really do Boxing Days.

We’ve only just got the hang of opening days of the season, so to expect us to move on to Boxing Day wins so quickly was probably a step too far.

Couple that with the wearing of the ‘blue’ away kit (or any away kit) and it became an almost impossible task.

I jest of course. It was a game City could have won but simply weren’t at their best and came up against a team that has a lot of good, very expensive players.

I hesitate to say they’re a good team – as others have been telling me they are – but they have a lot of good players and with yet another new manager on board, certainly have the potential to be. And those quality players alone will be sufficient to ensure they remain in the top two shake-up.

Yet, unless I missed something, this Watford team reached nowhere near the heights Sky’s Don Goodman described and on another day could have gone the same way as Sheffield Wednesday, Nottingham Forest, Blackburn, Reading and Cardiff.

But they didn’t and for all City’s possession, the Hornets defended very well and protected Ben Foster to such a degree he spent most of the night catching lame hanging crosses and diving to the floor to smother and protect the ball for the proceeding two minutes.

Fair play to them. They did a job on us, caused us more problems than most, and the win will have kept new man Xisco Munoz in employment for at least another week.

And in Troy Deeney they have a wily old fox, who literally leads from the front, is a master of the dark arts and does precisely for Watford what Grant Holt did for us.

Between him and Andre Gray – who, again, was nowhere near as impressive as Goodman made him out to me – they engaged Grant Hanley and Christoph Zimmermann in close-quarter combat in a way rarely seen this season.

And we creaked a little.

A fit and healthy Ben Gibson has to come in. Zimmermann had, until last night, been a capable replacement but (with apologies to Twitter’s Zimbo Appreciation Society) a Gibson/Hanley combo is simply better.

Similarly, the sight of Xavi Quintilla on the bench is a welcome one. As well as Jacob Sørensen has performed in a position that was alien to him prior to his eleventh hour inclusion at Brentford, you can’t beat having a natural left-footer in that position; particularly one with energy who can whip in pinpoint crosses.

Against ‘middling’ Championship teams we were (very) successfully able to fill in the voids with players who could do a job given the quality elsewhere in the side, but against teams with better players, the weaknesses and flaws are exposed.

Watford’s goal was something of a horror show and so many fingers could be pointed it may be prudent to not point any. The four/five players who could have done better will know and will have been reminded.

A back five of Krul, Aarons, Hanley, Gibson and Quintilla can’t come soon enough, although Kieran Dowell last night did offer up the perfect example of the difference between being fit and being match fit. We still need to be patient given the length of time Quintilla in particular, has been absent.

But when those five are reunited, we’ll be a better team for it, not least because those soothing passing rhythms in which we specialise rely on a solid base. It wasn’t there last night

Dowell, as alluded to, is another who needs time. He struggled with Farkeball 4.0 early on in the season and, despite an especially pleasing cameo away at Reading, is still finding his place in this set-up.

There’s a very good player in there. We just haven’t seen much of him so far and Team Farke needs to find a way of getting him and Todd Cantwell to dovetail rather than battle for those same pockets of space in which they both thrive.

But, *perspective alert*, this was only City’s second defeat in their last 17 games and they responded to their last one – just 18 miles down the M1 – with five straight victories.

On this occasion, the next game can’t come soon enough, and on Tuesday night QPR will offer a different type of challenge.

A team that hasn’t won for eight games would normally send chills through the Canary Nation for obvious reasons, but I’m going for the positive spin… that a team that’s clearly struggling offers City the perfect chance to consign last night’s defeat to the history books.

But to finish, I have to return to the curious case of Don Goodman.

Now, co-commentating is a notoriously tricky gig and Jamie Carragher spoke only yesterday on TV of how doing so virtually guarantees you your own personal trend on Twitter, but DG’s performance yesterday was wholly deserving of scrutiny.

His pre-match ‘one to watch’ for Watford was Andre Gray – an odd choice given the striker has built a reputation for not scoring – and so determined was Don that said player would justify his choice, the slightest movement (“a smart run in the channel”) was met with praise so wholesome one could be forgiven for thinking Gray had developed a formula for world peace.

He ran around a lot, he did okay, but his 74th-minute substitution was undeserving of the one-man standing ovation afforded to him by big D.

And while Sarr may have been a reasonable choice for Sky’s man-of-the-match, given he was the scorer of the winning goal, part of Don’s justification was that he fouled someone and got booked. If ‘taking one for the team’ equates to MotM, why is Alex Tettey’s mantlepiece not full of them?

There were plenty more odd comments (Sarr’s “accidental” flailing arm that smashed Pukki in the face) but I’ll leave it there. There’s always the volume button when Don is in town.