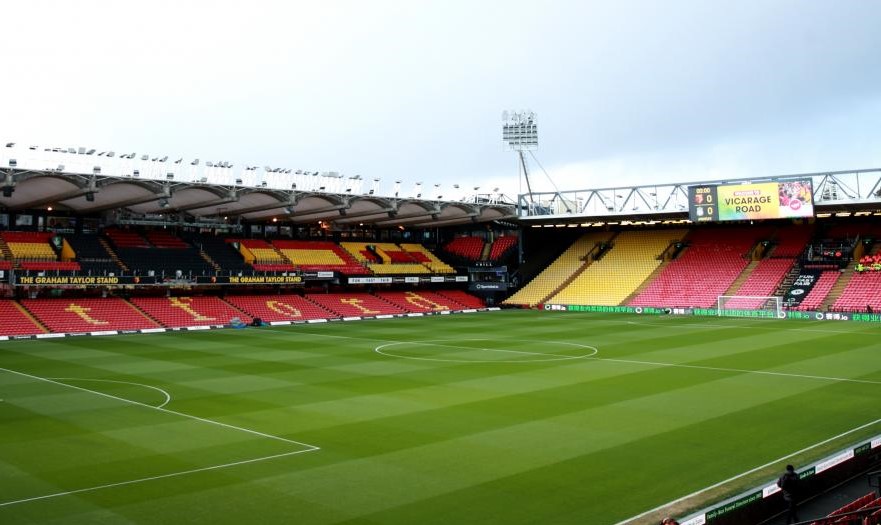 Christmas is a time of great traditions. The Queen’s speech, turkey and all the trimmings, and a Boxing Day defeat for Norwich City.  And this year it never felt as though it was going to be any different.

Watford, with another new manager, began the game in the unfashionable 4-4-2 formation, Troy Deeney and Andre Gray looking to exploit the gaps as City’s full-backs pushed high.

Coupled with the pace of Ismaila Sarr on the right, this looked to be a formidable threat in the opening minutes. Sarr then made a pacey run cutting inside and ran into the immovable object that was Kenny McLean on the edge of the box.  The free-kick came to nothing and Sarr was much quieter for a while after that physical shock.

Other than a short period, City dominated possession, but it was the slow, laboured build-up that we have seen so often before. Watford defended with two very close lines of four, cutting out all the spaces that City thrive upon.

Whenever the ball came wide to Max Aarons or Emi Buendia, they swarmed over them, stifling the possession. City were trying to switch the ball between wings but never really looked threatening.

There was much excitement before the game at the sight of Kieran Dowell starting a game again, but both he and Todd Cantwell were largely anonymous against an athletic, physical Watford side. Teemu Pukki barely touched the ball in the first half.

The goal, when it came, was soft.  City conceded possession cheaply in the final third.  The ball was knocked long to Gray, and Grant Hanley did an excellent job holding him up.

As the play recycled, there looked to be little threat with Aarons and Dowell doubled up on the Watford winger, but the cross came in too easily.  McGovern came to cut it out, then hesitated – in fairness a touch may have placed the ball into a more dangerous area – and the ball came through to Sarr who had stolen a yard from Jacob Sorensen, and he tapped home.

The goal visibly rocked Norwich and they were in danger of conceding a second before the half-time whistle blew.

A reaction was needed at half time. Unfortunately, it came from Watford. They pinned City back with a much higher press and began to force Norwich to concede possession all too frequently.  A barrage of successive corners were driven into the City box – four in a row, then minutes later, five in a row.  City were defending them well, Oliver Skipp charging out of the box to prevent a shot a notable display of his energy and commitment to the cause.

Farke made changes – off went Sorensen, Cantwell and Dowell, on came Ben Gibson, Mario Vrancic and Jordan Hugill, and a switch to three at the back and Skipp at left wing-back.

The effect was immediate. Vrancic played a sweeping ball to Aarons on the right. The cut back came back to Vrancic but he was unable to trouble the keeper.

For the rest of the half, City at least attacked with more intent but were never able to truly threaten the Watford goal.  Christoph Zimmermann made an attempt to gift Watford a goal with a truly awful, weak pass back, but fortunately recovered to prevent Watford cashing in, before he and McLean were replaced by Josh Martin and Lukas Rupp in a final, desperate roll of the dice.

Watford still have a team of robust, physical but skillful players. The type that most Premier League teams are packed with.  Last season, City struggled against such players.

If Norwich are to be promoted, then they will do well to heed the lessons of last season and of this game. One for Mr. Webber.

Merry Christmas to Canary fans wherever you are!