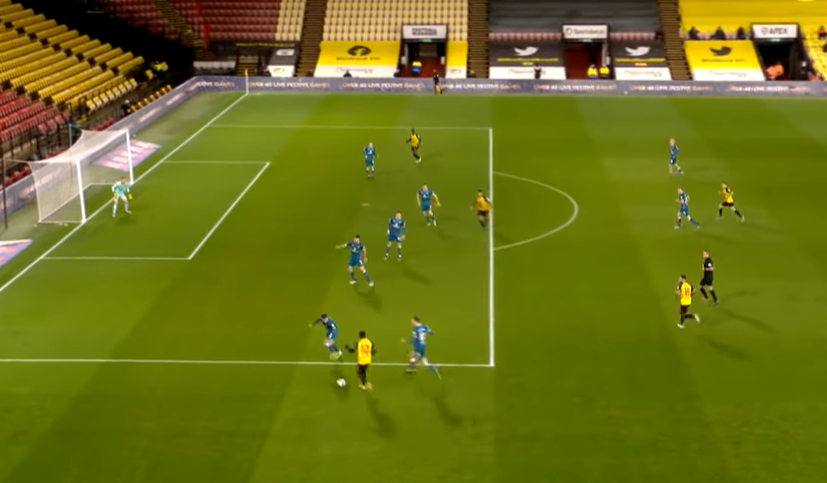 Nothing is certain in life except death and taxes, the old idiom goes.

Well despite our rather low-key 0-1 to defeat to Watford on Saturday evening’s *Sky Special* there is something else certain right now: the Canary nation will awake on January 1 to discover that we are still very much top of the league.

Sure we might not be there on January 2 but I think we will, particularly with home games against QPR and Barnsley coming up next. Not that I’m taking anything for granted of course – you simply cannot do that in this league as we all know.

We just seemed collectively lacklustre all over the pitch and the realistic types amongst us will accept that Watford could have scored one, or even two more at a push. We cannot really complain – or indeed worry – too much as Daniel Farke said afterwards:

“When you’re lacking a bit in intensity in your attacking game and also lacking a bit in your awareness level in terms of defending, we then conceded out of a situation a goal that we never should have conceded.

“It was more like a simple crossing situation, we didn’t have enough pressure on the ball. It was also a bit unlucky, the cross was slightly deflected but in general we had an overload in our own box and lacked a little bit of awareness to defend the back post and for that they had an easy tap in”.

I find it impossible to disagree with him. Of course, the incident began when Max Aarons lost the ball much higher up the pitch when it was pounced upon by Etienne Capoue. We had rapidly regrouped but Ken Sema’s cross might have taken enough of a deflection to deceive Michael Govern who didn’t know whether to stick or twist.

In any case, the outcome was that Ismaila Sarr easily got in front of Jacob Sorensen at the far post where an empty net awaited him.

Lots of folks [including me] were praising McGovern and Sorensen to the hilt last week. Football works in mysterious ways

We offered very little in the final third and despite the triple introduction of Mario Vrancic, Jordan Hugill and Ben Gibson and what is now becoming a regular switch to 3-5-2 on 67 minutes, we continued with our inability to prise open the Hornets’ nest.

Our best offering was a clever pass from Vrancic for Teemu Pukki, but while at the time it looked a stonewall penalty replays quickly revealed that Watford sub Adam Masina had got enough of his foot on the ball to justify referee John Brooks’ decision.

That must have been one heck of a call in real-time and as the old cliche goes, we’ve seen them given.

Credit to Watford. Their athleticism and particularly game management showed that these two teams are very equally matched in a general sense – obviously, we largely have more individual ability but they rivalled that with their organisation and physicality and certainly did not play Pulisball.

It will be interesting to see where Xisco Munoz takes them from here, although we surely have to concentrate on ourselves.

Nobody feels happy on the back of a defeat but it might do us a backhanded favour in that there is unlikely to be any complacency served up against QPR or Barnsley.

Losing at Vicarage Road is by no means a disgrace and two defeats in 17 is nothing to be concerned about.

I very much doubt it will become four in 19.