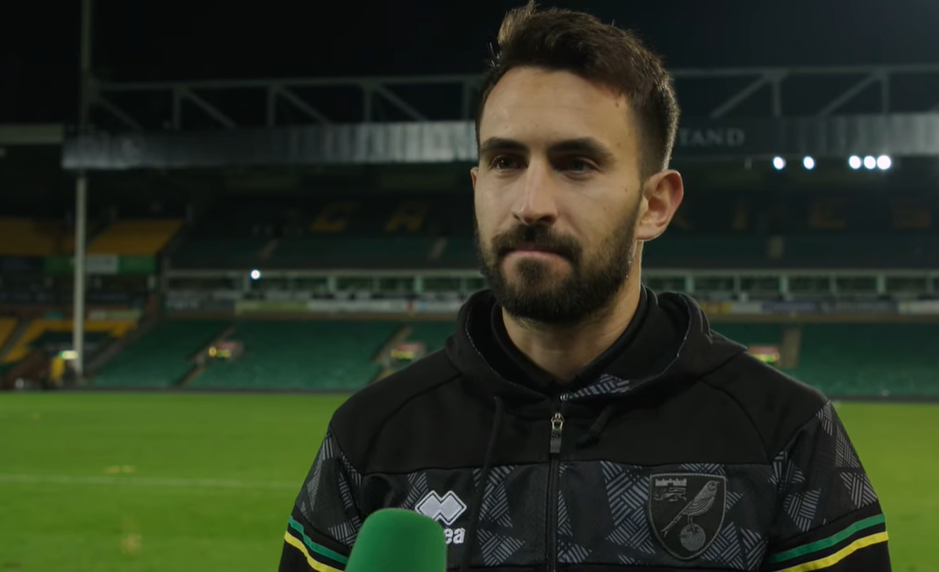 After the shakiest of Norwich City starts, we’re all desperate for the German to return to the starting eleven. So, what’s changed for the no.7, and where does he go from here?

The obvious assumption to make is that the main difference is the chasm in quality between the Premier League and the Championship. It was always a tough ask for a man who had never left Germany to come in and be the difference between a rock-bottom side and top division survival – Ondrej Duda’s disastrous loan is evidence of how hard that can be.

A year under Daniel Farke’s regime and in his squad will clearly have made a positive impact, and given Rupp the opportunity to really find his role at Norwich.

One of the biggest questions at the start of the season was what that role really is. It’s certainly not on the right-wing, as was evidenced by a number of drab performances in that position. City fans were alarmed when Farke suggested that he may be able cover at full-back, an option that (thankfully) hasn’t been utilised yet.

Rupp has looked best in a duo with the impressive Oli Skipp, operating as the technical tempo-controller while the young Tottenham prospect screens the defence.

The midfield pair were deployed for the first eight matches of a recent ten-game unbeaten run, a sequence that ended with a small injury that was originally set to keep Rupp out for a couple of weeks – a diagnosis that frustratingly stretched to exclude him from seven first-team matches.

The individual highlight of that unbeaten run came against Birmingham, when the 29-year-old’s patient build-up play was key in the eventual 86th minute breaking down of Aitor Karanka’s stubborn defence.

He made a whopping 113 passes that evening with a success rate of 95 per cent, winning the club’s man of the match award and starting to win the hearts of reluctant City fans.

His early progress in a tough trip to Bournemouth was hampered by the concession of the free-kick from which Wayne Rooney earned Derby a lucky 1-0 win, but after stringing together the aforementioned series of performances a fan-to-player relationship that was once fractious now appears to be happy and growing.

It’s a sign of the squad depth I’ve regularly referenced that Kenny McLean has managed to keep Rupp out of the side for the defeat of Cardiff and loss to Watford, but it’s the common consensus that the tough visit to Vicarage Road provided Mr. Farke with the opportunity for a refreshed starting eleven for QPR’s visit. An eleven that many expect to include Rupp.

Mario Vrancic’s recent upturn in form has provided competition in the technical midfielder role, and with the recovery of  Xavi Quintilla chucking Jacob Sorensen back in to the engine room mix, Rupp certainly returns to greater competition than he faced earlier in the season, but it would be foolish of any fan not to back him.

Kieran Dowell’s disappointing outing on Boxing Day has led some to suggest the use of Vrancic in the no.10 role, allowing both ex-Paderborners to fit into the side. The Bosnian has generally struggled to make an impact starting in that role, and in a home match against struggling QPR it could be argued only one defensive midfielder is required, and Vrancic should be allowed to play in his favoured 8 role.

The question remains as to whether he can contribute to survival if promotion is achieved, but it’s worth noting that he does have experience playing against some of the top teams in the world in the Bundesliga. He’s played for huge clubs in Borussia Monchengladbach and Stuttgart.

He may have failed in the Premier League first time round, but having had time to adapt to the physicality of the English game he may yet prove it was the style rather than the level he struggled with.

The glamorous returns of the likes of Dowell and Todd Cantwell, and the yearning for Tim Krul have allowed Rupp’s return to creep under the radar.

But in a hectic Championship promotion picture, where City’s opponents are hungry and the pressure is high, a cool head in the middle of the park may be just what’s needed.