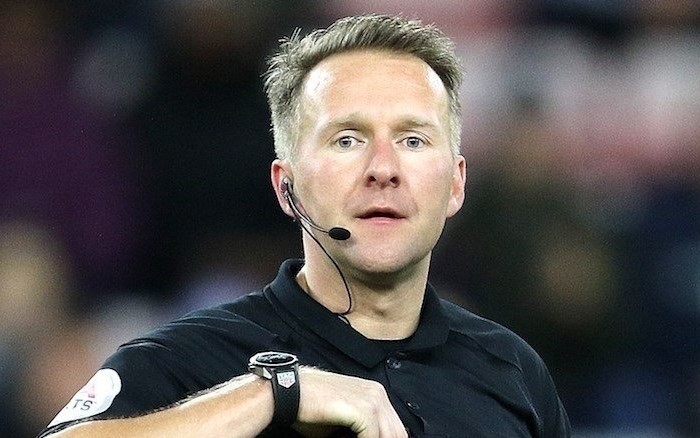 History repeats itself. I gave the UEA the privilege of my *studying* the subject there way back when and I’m sure that MFW’s Martin MacBlain, who teaches the subject at a high level in Bristol, would agree with me.

No, I haven’t had time to ask him but I’d bet he does.

This time last year it was centre-backs. And now it’s goalkeepers.

At the very end of a largely listless first-half performance against QPR Michael McGovern played an innocuous tap-out to Max Aarons and pulled up in double-quick time. He hung around until the break but it was pretty obvious he would be going down the tunnel not to re-emerge thereafter.

With Tim Krul still unavailable through a thigh injury this left one very young man, junior Welsh international Daniel Barden, to step up to the plate. If Carrow Road had any kind of a crowd in it the young lad [19] would surely have been under more pressure than he was in the empty ground. You know, unrealistic expectations and all that.

As Barden emerged for the restart every single City player back-slapped and fist-bumped him and did all they could to instill confidence into the youthful stopper. He did not let us down in any way. Underworked maybe, but it was quite an impressive if unexpected debut. His first start will doubtless ensue against Barnsley and who the blessed heck will be on the bench I dunno. McCracken?

My favourite Metallica track is Enter Sandman but the second half was more about enter referee.

What an utter muggers buddle Oliver Langford made of the three key decisions.

Todd Cantwell was ostensibly onside as he was not involved in the passage of play that eventually led to him netting from a Teemu Pukki cross. Maybe a case for over-ruling his assistant? Oh yes.

Daniel Farke and his coaches were foaming at the mouth over the incident and maybe gave Mr Langford a bit too much stick afterwards, but I’m prepared to cut them some slack over that. Abysmal decision.

The Cantwell penalty. I wouldn’t have given it, let’s put it that way. Referee’s guilt over the previous cock-up? Probably.

Then just as Alex Tettey was about to come on to shore things up Rangers got a break and Zimbo put his hand on the shoulder of Bright Osayi-Samuel, who gratefully bit the dust.

He was fit enough to covert the spot-kick and although Barden went the right way it was unstoppable. I wouldn’t have fancied Krul against that one either and that’s for sure.

Mario Vrancic has never been the greatest tackler in the squad and lost out in a 50/50 when he could have brought his man down with a thinly-disguised professional foul during the immediate build-up to the incident.

Luckily the along come Norwich moment didn’t appear at the death although it should have done. The aforementioned Osayi-Samuel somehow managed to put a pinpoint cross into the empty River End from about two yards.

So a point is a point. We deserved all three but despite almost total second-half domination we still couldn’t kill the QPR beast. To be fair Mark Warburton’s men put up a decent show and fair play to them.

To end on a slightly sour note I feel sorry for anybody who attempted to watch the game on iFollow like me. Especially if you had to pay for the dubious privilege, which I didn’t.

It cacked out completely twice and after reloading it was like looking at an LS Lowry painting as in slo-mo matchstalk men. No cats, dogs or umbrellas but you’ll know what I mean. I’m really sorry for anyone who paid a tenner for it on the night.

History shows that we’ve got a good record against Barnsley. Let’s hope that this particular slice of history does indeed repeat itself.

And as we can finally put 2020 into the bin I’d like to wish all MFW readers and writers the happiest New Year we can have.