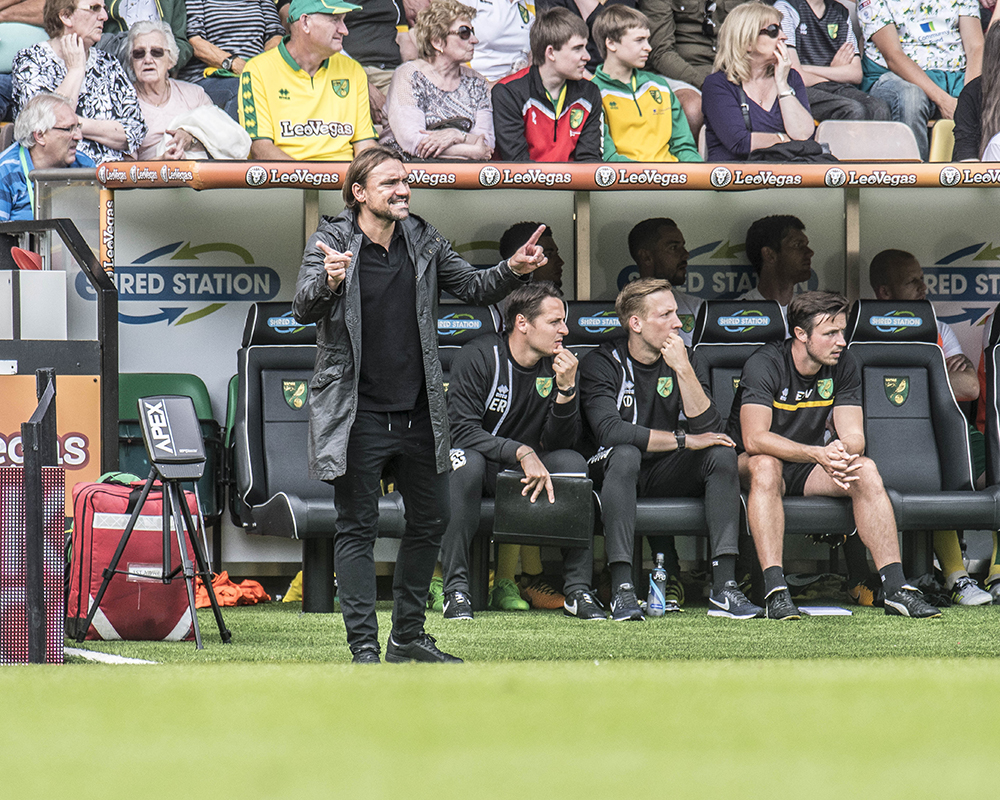 It was almost as if City were trying to distill a whole 12 months of football into a single 90 minutes at Carrow Road tonight.

Dominant in possession, an injury to a crucial player, marginal decisions going against them, and a frustrating concession out of nothing.

Daniel Farke made just the one change, preferring Mario Vrancic to Kieran Dowell in the slot behind Teemu Pukki.

QPR played with five across the back, and two up front, and in the first half, played with a spirit that belied their lowly league position. As seems to be the norm nowadays, they targeted the Norwich left with pacy attacks. Ultimately they were let down by the quality of their own passing.

City were in control of the midfield, Oli Skipp once again tenacious and full of energy. Chances came but City rarely looked like converting them, a number of weak and scuffed shots were directed goalwards.

On 30 minutes though, Pukki looked to have been bought down in the box but the referee waved the appeals away. Moments later, Emi Buendia was through and again bought down. Again, no penalty.

City came forward again, this time Pukki through on goal, but his cut back to Kenny Mclean was weakly sidefooted at the keeper.

As the half drew to a close, Michael McGovern played a routine ball to Max Aarons.  The cameras didn’t spot it but the eagle-eyed king of Spain in the commentary did – an injury to McGovern. He tried to play on but was virtually immobile as a cross came into the box. Fortunately, moments later the referee blew for half time.

From the kick-off, QPR swarmed forward, trying to put pressure upon him, but that was just about the only venture into the Norwich half that they were able to make for the next 20 minutes.

Every loose ball was won, every sniff QPR had to relieve the pressure was blown away by the energy of the players in yellow. Chances came. Grant Hanley headed over from a cross from Buendia, and Buendia himself had a shot saved.

A goal was coming.

Finally, Pukki got away following a superb through ball. He squared the ball to Todd Cantwell who tapped in.

Cantwell was apparently offside in the original move. Farke and the Norwich bench were incandescent and the referee had to warn them to calm down.

Then Pukki was through again, this time the QPR keeper tipped his shot round the post. City’s players were still fuming at this point.

Then possession was conceded in the centre, QPR were through on goal before a superb saving tackle by Hanley.

Moments later, Cantwell made a run into the box. A lazy tackle and clear foul finally gave City a penalty. Once again, Pukki slotted it home.

City tried to take the sting out of the game and were preparing Alex Tettey to come on when Jacob Sorensen won a superb tackle in the left-back position. He poked the ball infield but Vrancic was slow to react.

The ball was played into the City box, Christoph Zimmermann laid a hand on the shoulder of the attacker who went down……penalty.

Jordan Hugill and Dowell came on for the remaining minutes, but City never really regained the momentum that they had and in the end had to settle for the draw.

So 2020 finishes with City still top of the table.

A frustrating night ends a frustrating year. City couldn’t find the right tools to pick the lock of the QPR defence and were punished, as they were so often in the Premier League, for a momentary lapse.

But they are still top of the table and long may it continue. Farke has performed miracles so far. Let’s hope for a few more.

Still one of my favourite photos on my phone this 🤩🔰 #ncfc

Crouchy and his time on loan at Dunston Hall #NCFC 😂