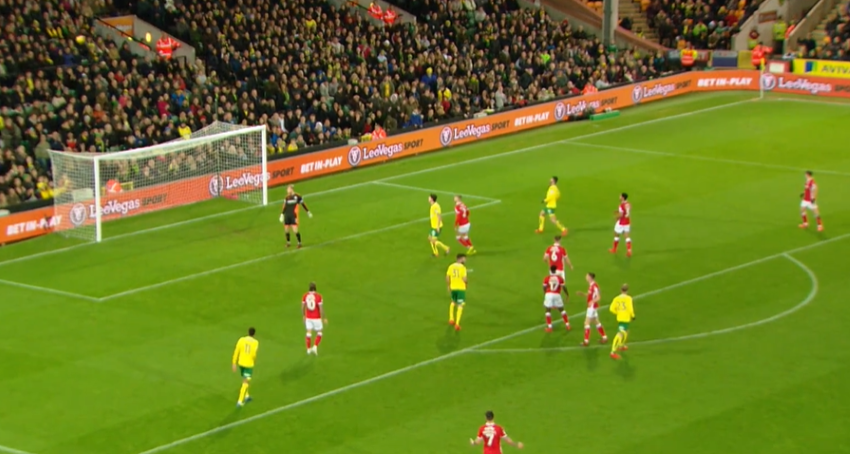 Next up for City, a team that is always a welcome sight on the fixture list. Some teams, Fulham and Manchester City spring to mind, we just can’t buy a result for love or money. Some, such as Saturday’s opponents Barnsley, we can do no wrong. Irrelevant of form, whatever the league, a game against the Yorkshiremen normally ends with three points in the bag.

Looking at the stats, overall Norwich have lost just ten in 42. Within that sequence, there have been two impressive runs, the first stretching between 1937 and 1996 with one loss in 12. Then, more recently, just one defeat in 15 between 2000 and today, including ten wins (six in a row).

Surprisingly, considering the above figures, Barnsley knocked Norwich out of the 1922 FA Cup, in what was our first meeting. It did take a replay after the first game ended 1-1. Barnsley’s eventual success was not a particular surprise being a league higher than City and themselves FA Cup winners just a decade earlier.

It was also a poor start in the league head-to-heads. Barnsley completed the double over Norwich in the 1934/35 season, then they repeated the feat in 1936/37, both uneventful seasons with lower mid-table finishes in Division Two.

1959/60 was the only season that we played together in Division Three. A loss and a draw largely irrelevant for Norwich as it did not prevent our promotion that season back into the second tier.

We were promoted again the next time we meet Barnsley, this time to the big time. It was the 1981/82 season and a slow start for Norwich included a disappointing 1-1 home draw against The Tykes. While City’s 1-0 away win in February was important in kick-starting a winning run that would conclude with a third place finish.

It was a good season for Barnsley too, their sixth place finish today would have meant a play-off semi-final showdown with Norwich – another example of how the play-offs have revolutionised English football, keeping a season alive and making promotion attainable to more clubs.

We met again on the 4 January 1992, this time in the third round of the FA Cup. Robert Fleck scored the only goal in what should have been a much larger win than the 1-0 final score. It was the first game in a memorable cup run that finally ended in disappointment in the semi-final at Hillsborough.

In the Barnsley dug-out, that day was a Norwich City Hall of Famer, Mel Machin. Machin was a player in the 1970s but was equally known as Ken Brown’s right-hand man, a very successful partnership throughout most of the 1980s. Machin left for the Manchester City job (imagine a Norwich assistant manager getting that job now!) and then spent four seasons at Oakwell.

Barnsley were promoted to the Premier League in 1996/97 (remember the chant about it’s just like watching Brazil), while Norwich were becoming a mediocre Championship side. To this day we still await our first game against Barnsley in England’s top league.

Norwich earned a shot at the big time via the 2001/02 play-offs. We were in a two-horse race with Burnley for that final qualifying spot (sixth place). With Burnley slipping up, City’s win in the final away game at Barnsley was to prove critical in taking the promotion battle into the final day of the season.

The Canaries’ 2-0 win took place in front of a massed yellow wall that filled the North Stand at Oakwell, those loyal fans witnessing a goal from Danish striker David Nielsen and a header from Paul McVeigh. For the home support, it was a miserable afternoon, the loss confirming Barnsley’s relegation to League One.

In 2009, it was Norwich that would suffer the indignity of the drop to the third tier. A 4-0 thrashing of Barnsley on the 17 January 2009 proving to be a false dawn. It was a rare highlight in that most gloomy season.

Club legend, Bryan Gunn had replaced the unpopular Glenn Roeder while fans favourite Jamie Cureton was on the score sheet having been recalled from his loan spell at, yes you have guessed it, Barnsley.

Alas, Barnsley at home was as good as it got for Gunny and his team.

As a footnote, this game (I believe) also marked the first Norwich City goal for legend Wes Hoolahan.

One final Barnsley beating that caught the eye was another 2-0 away win, this time on 26 February 2011. Norwich were on the march again as Paul Lambert’s boys relentlessly pursued a top-two finish and another promotion.

The Barnsley win got things back on track after a couple of draws and is best remembered for an incredible goal by midfielder Andrew Crofts, a spin, turn and volley that drew comparisons with the Fashanu’s goal of the season some 30 years earlier.

Hopefully, this article hasn’t put a jinx on tomorrow’s result but surely, it’s got to be a City win.

It’s Norwich’s first game of 2021 and the last of my ‘We Meet Again’ series as beyond Barnsley the return fixtures begin. All being well it could cap another incredible season in Canary history.

A last reminder to check out the podcast (Norwich City Football Club – Al & Val’s We Meet Again) where myself and Val discuss, in much more depth, the topics in each article published this season. As well as much more on Norwich City and football in general.