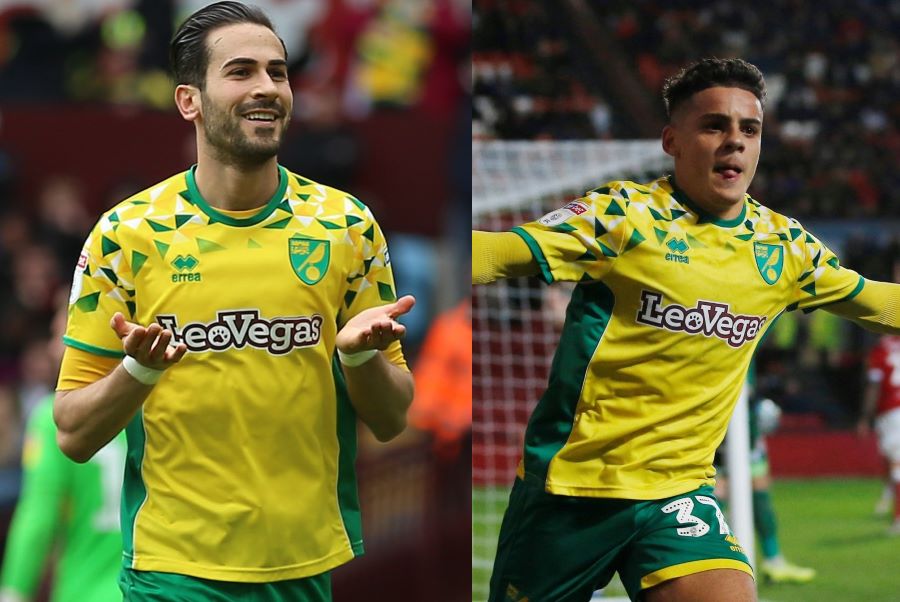 As City approach the halfway mark in the Championship season, it’s been levelled at them from some quarters that they’re fortunate to be top of the league. I took a look at the stats behind the Canaries’ first 22 games, looking for some tangible proof either way.

The first statistic that most refer to when establishing the level to which a team can count themselves lucky is expected goals (or xG, the average goals a team should score based on analysis of the chances they’ve created).

Norwich are second in the ‘xG for’ table, and could even have expected to score more. They’ve created enough chances to have scored 30.8 goals according to footballxg.com, scoring 29 times thus far.

An encouraging sign as far as the sustainability of this strike rate is that the goals have been widely distributed within the squad. Top scorer Teemu Pukki has 11, while Emi Buendia has six, Mario Vrancic has three and Messrs Stiepermann, Idah, Placheta, Martin, Cantwell, Sorensen, McLean, Hugill and Aarons have one apiece.

The ability of various players to get themselves on the scoresheet may be vital in achieving promotion, especially if Pukki dries up as he did last term. The likes of Idah, Hugill and Cantwell will feel confident in their ability to add to add to their own tallies, while the likes of Kieran Dowell and Onel Hernandez will be keen to get going having suffered long-term injuries.

Expected goals against tells a different story. The chances City have conceded has them 15th in the ‘xG against’ table, with a total of 26.8. As it happens only 20 goals have been conceded, suggesting either wasteful opposition or outstanding goalkeeping.

The presence of Tim Krul in the squad suggests the latter, which is worrying given both his and Michael McGovern’s respective muscle strains and the expectance for Daniel Barden to fill in, at least for a short time.

It would be ignoring the trends of this season not to expect him to step up, however, as so many have this season. 28 players have taken to the pitch for City, from Max Aarons with 1980 minutes to Reece McAlear’s solitary one against Coventry.

One statistic that City fans will be familiar with by now is possession. Daniel Farke’s side have enjoyed an average of 57.9% per game so far, making 578 passes. They’ve produced an average of 15.2 shots per game from this, which translates to a shot from every 38 passes.

That may be less than you’d think. Swansea City, second in the Championship table at the time of writing, take around 42 passes to produce a shooting opportunity while Brentford, largely accepted as one of the most progressive and entertaining sides in the league, match the Canaries’ 38.

These stats may be familiar, providing a nostalgic similarity to 2018/19’s title-winning campaign, but one major difference between this season and that, is where City are picking up their points.

Known for winning against the sides they were expected to beat last time round, this season they’ve struggled against the likes of QPR and Coventry while picking up impressive victories against the teams in and around them.

Farke’s title winning side had an average points per game of 1.45 against the top ten, significantly less than the 1.89 produced by the current squad in their nine matches against the top sides so far. Highlights from these matches include the dismantling of a strong Bristol City side, a hard-fought win over Swansea and a defeat of in-form Reading in the midst of an injury crisis.

After a rough start to the season they looked like they’d found their rhythm but disappointing results have brought other sides back into the mix. City now face a crucial period in their season, and one in which standards must not slip.

The Canaries’ promotion charge may be slightly different to that of 2019, but the statistics are starting to show that they can be just as dominant as they were, whether pundits and opposition fans want to accept it or not.