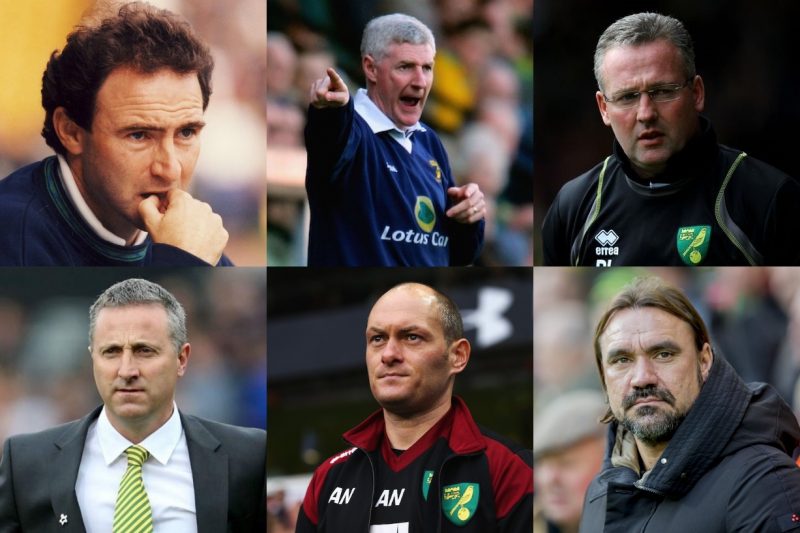 Norwich City Football Club have been promoted four times to the top division during the Premier League era.

Neil Adams generously stood aside halfway through the 2014/15 season allowing Alex Neil to swoop City up into third place and play-off success at Wembley. And Daniel Farke memorably topped the division to win automatic promotion in 2018/19.

Four promotions so far and sitting pretty this season at the top of the Championship… Is a fifth promotion on the cards?

Farke has done fantastically well this season winning three out of every five games (60.9%) and losing only one in six (17.4%). Although this record is very, very good, it doesn’t quite match Alex Neil’s astonishing run during the second half of the 2014/15 season where he won two games out of every three (68.0%) and lost only one in eight (12.0%).

Daniel Farke definitely has NCFC in the frame for promotion.

Imagine a team at the halfway point of the Championship season only having three players who’d scored more than one league goal after 23 games. Sounds ridiculous, doesn’t it? In fact, you’d expect that side to be embroiled in a relegation battle.

But that is the situation for the Canaries – only three players (Teemu Pukki, Emi Buendia, and MarioVrancic) have scored more than one league goal this season.

The lack of regular goalscorers from alternate areas of the pitch is a slight concern. With only three players posing a regular goal threat surely that makes it easier for opposing teams to target and snuff out potential problems? Particularly should the standard of opposition improve in due course… (Promotion anyone?)

This view might seem ungrateful considering City’s current league position but it would be encouraging to see a regular supply of goals from other contributors.

A recent comparison with our last league opponents, Barnsley, shows they had seven players who’d scored more than one league goal this season compared to City’s three.

Surely it must be more difficult to plan to play against a more diverse goal threat (despite City’s eventual 1-0 win)? Unfortunately against higher quality opposition, I feel this flaw, however minor, will get us found out.

City are top though so I almost feel a need to apologise for bringing it up.

Of course, the other – and much more positive – side of this coin is City’s 31 league goals have come from 11 different players. The goals have been spread around – however thinly – which is very much a positive. So, pick yer potato…

Looking at the charts, average goals conceded per game are at an all-time low during Farke’s tenure, which is brilliant. Conceding less than a goal a game is a really good indicator of a solid defence and a great basis for success.

As hinted earlier, the average goals scored per game stats are somewhat less impressive. In fact, City have only scored two-thirds (66.8%) as many goals as in Farke’s last successful promotion season two years ago.

I’m hopeful this will improve as chances continue to be created and perhaps the last ingredient to add to the mix is confidence in front of goal. A brief varied flurry anytime in the near future would help this enormously.

Things are going so well it almost seems churlish to raise the point but it wouldn’t half help to have a few games comfortably killed-off by being two or three goals up after 70 minutes or so! An almost unimagined luxury. And I’m sure everyone at the club feels exactly the same.

Looking up, looking bright, looking positive – and full faith in the management team and players.

(NB. This article details all NCFC promotions from the second tier since 1992/93 and the figures include results for league and play-off matches only. Stats for this season are correct up to and including the 1-0 win over Barnsley FC on 2nd January 2021.)