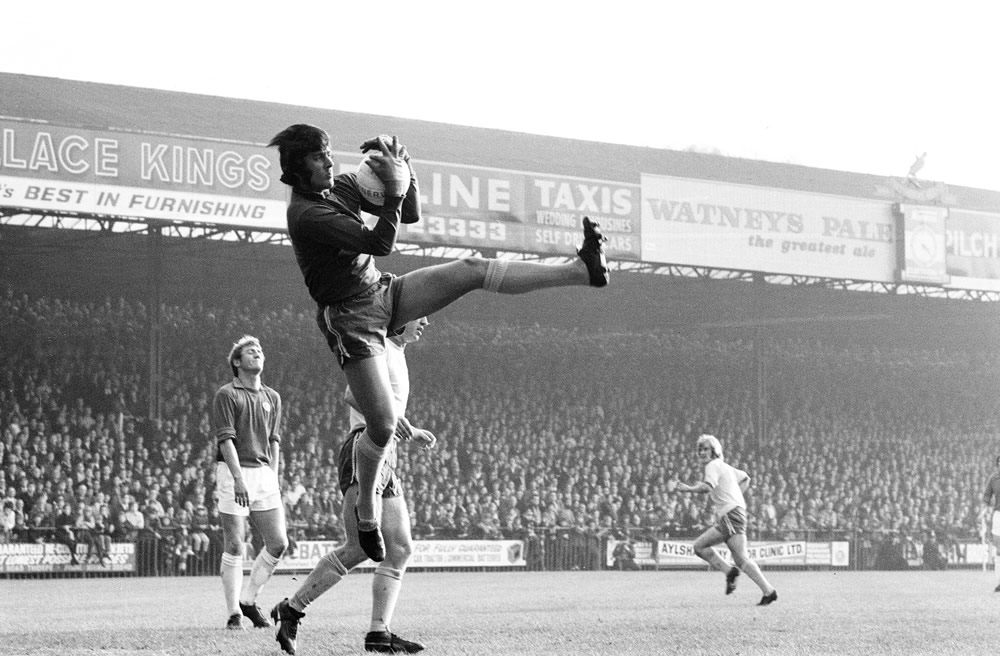 To those of us of a certain age, the very mention of Kevin Keelan conjures up images of a figure clad in green who was athleticism, bravery and heroism personified.

And the canary on his chest made him our hero.

He was unique. An enigmatic figure who, in his own way, managed to epitomise the Swinging Sixties and who brought hope and glamour to the Canary Nation in the not-do-swinging Seventies.

The Tim Krul of his day. The same but different. Very different.

Where their qualities fell into the same Venn circle was if we’re talking about attitude and mental strength. Tim doesn’t wilt and neither did Kevin. Those around them, friends and foes, know and knew where they stood.

If Grant Hanley makes a rick and needs telling, Krul will tell him. Keelan did the same with Big Dunc who, while the original tower of strength, wasn’t averse to the occasional faux pas if the ball was on the grass. But someone had to tell him. Kevin was the man.

Neither Krul nor Keelan are lovers of indecisive officialdom and make it known, and both enjoy a place in the hearts of City supporters reserved for the greats. But there the similarities end.

Tim is the pragmatist. Kevin was the showman. The greatest showman.

“The man could have been a gymnast, a trapeze artist, a free-fall parachutist. For Keelan, mid-air was somewhere he was as familiar with as you or I are with our living rooms. The shapes he took on, the forms, the near ability to fly. He was a living sculpture.”

Kevin was my first Norwich City hero – everything Ed described and more – so imagine my delight when the great man agreed to talk with MyFootballWriter on the eve of his 80th birthday.

Having played a record-breaking 673 times for City, it was tricky to know where to start, but we kicked off with how and why Florida is now home for Kevin and his wife Debbie.

“I have been in the US for 42 years now. It was football that brought me here. It started off in 1978 with a loan agreement between Norwich City and the Tea Men, in Boston. Originally, I had spoken to George Best – a long-time friend – who had contacted me and offered me a position on behalf of the Los Angeles Aztecs.

“In the end, I took the position with the Tea Men after meeting with Noel Cantwell in Norwich. It just seemed like a better move for me at that time. In 1980-81, I moved to Tampa to play for the Tampa Bay Rowdies.

“After my playing days were over, I became assistant manager to Gordon Jago, who was the manager of the Rowdies at that time. I stayed in that position until the NASL folded.  By then I had met Debbie, my wife, and after we married and had our daughter, Kelly, I decided to make Tampa my home. The weather was the deciding factor!”

The Keelan/Norwich City love affair actually began in 1963, when then City manager Ron Ashman decided that he needed someone to compete with Sandy Kennon for the number 1 jersey. His first stop was Wales. Wrexham to be precise.

“At the end of the 1962-63 season (with Wrexham), there were inquiries from both Newcastle United and Norwich City. Norwich offered them £6,500 for my services. I met with Ron Ashman in Norwich and he offered me £20 a week plus I would be able to live in a club house. And that was it.

“After completing my medical exam, I signed. Norwich is a beautiful city and I still consider it my home. I have family and friends there that I have had for many years.  Every time I come home, we get together and it’s as if I’ve never been away.

“Sandy Kennon was the starting keeper when I first started for City. My first game was against Cardiff at Ninian Park at the beginning of the 1963-64 season. Sandy and I shared the goal keeping duties that year. In the 1970s the back-up keepers were Mervyn Cawston and, later, Roger Hansbury.”

In 673 games there were obviously highlights aplenty, which we’ll come to in a bit, as well as some top-class team-mates along the way, including a World Cup winner in the form of the late Martin Peters, but there were two blokes in particular who bled Norwich City in the same way Kevin did.

“Dave Stringer was one of our most consistent players, as competitive as they come and also a great club man. You could always count on him and he has to be one of the best professionals that I played with. Duncan Forbes, a big centre-half, had a huge presence on the field. He was very aggressive and the opposition always feared his presence. These two always gave 110%. They played a very crucial part in our first promotion and both made my job easier.”

The 1970s footballer was a very different animal to the 21st-century version and so I was intrigued to find out who enjoyed a party most of all.

“In the 1970s and 80s, it was probably Graham Paddon and Ted MacDougall. We mainly would talk about the game over a drink while unwinding afterwards. I usually went to the Woolpack, LaRouen, or the Pig and Whistle.”

“The League Cup Finals [1973 and 1975] were very special to me and the rest of the team, although it was obviously a shame we lost both. I was pleased to have saved Ray Graydon’s penalty in 1975 – I got my hand on the ball but, unfortunately, it hit the post and went straight back to Ray. It was a devastating way to lose.”

As a 9-year-old on his first ever trip to Wembley, I can vouch for that feeling of devastation but there was nothing more thrilling than seeing your hero save a pen in a Wembley final. And I’ve never forgiven the other ten for not reacting quick enough as that ball pinged back off the post.

Kevin was signed by Ashman, played in the 1960s under Lol Morgan, in the late-60s and 70s under Ron Saunders and from the mid-70s until the end of his time at Carrow Road under John Bond. But who was the best?

“Ron Saunders was by far the toughest manager but, for me, John Bond was the best. He had flair and his knowledge of the game was incredible. He also had Ken Brown as his assistant and together they were a great coaching team.”

I asked Kevin if he knew much about the now-famous tale of the late Tommy Docherty, then manager of Manchester United, enquiring of his availability only for John Bond to conveniently forgot to mention it to him!

“Bondy did tell me about it much later on. Looking back, it might have been a tremendous opportunity for me but, at the end of the day, I have no regrets at all. Norwich has always been good to me.”

Manchester United’s loss was very much Norwich City’s gain and it says a lot about the man that he has such a relaxed view on what could have been a career-changing moment.

We moved on to other memorable career moments beyond those achieved while wearing the green and yellow.

“I played in an England XI at Ipswich for Bobby Robson’s Testimonial, which was a huge honour and there was also the testimonial that Norwich City gave me [against Ipswich in May 1974] was very special, as well as the second testimonial against an All-Star XI in 1980. These are moments that you never forget.

“Also, another massive thing for me was getting an MBE for services to football and Norwich City. I received it on June 14, 1980 – one of the most memorable days of my life”

Football has clearly changed massively since the 1970s, sometimes for the better and sometimes less so, but what’s changed most for keepers (other than they all now wear gloves!)?

“The game has changed a lot since my playing days. The most significant change is that a keeper is now almost an additional man on the pitch. They need outfield skills now, which was never a big requirement back then.”

So, how closely does Kevin follow the fortunes of the modern-day Canaries from Florida?

“I do follow City.  It was easier last year when they were in the Premier League, as I could watch the games, but now they are back in the Championship, I still get updates from friends frequently.  I met Daniel Farke last year when the team came to Tampa and got to spend a little time with the keepers as well. It was a pleasure to be able to meet with them.  I was also able to attend a game last December when I went home to Norwich.”

We ended on a topical note. What is life like in the Sunshine State as Covid continues to do its worst?

“Life in Florida is about as good as it can be right now. Our state has not shut down, so we are able to play golf and are staying active as much as we can within reason.”

And that was it. Time to leave Kevin and Debbie to celebrate his 80th birthday Florida-style. Back in the day, the great man would have celebrated with a glass of something and I’d love to think the spirit of the Pig and Whistle lives on across the Pond, at the very least on birthdays that end in a zero.

So let’s all raise a glass to one of our greats.

Football in the 1970s was bursting full of characters, like George, Peter Osgood, Alan Hudson, and, of course, Frank Worthington but we had one of our own.

And, for me, he was and still is the best of the lot.

@NorwichCityFC 25 days and counting since relegation and no word from Stuart Webber. Is he scared to face the fans? #ncfc

#ncfc fans: what do you go to Carrow Road for? To win or to be entertained?

This is the topic I explored in my column for the @EDP24.

It was a big big world, but we thought we were bigger
Pushing each other to the limits, we were learning quicker
💛💚 #ncfc

Whatever you blame for #NCFC's season, you cannot blame the Captain's head.