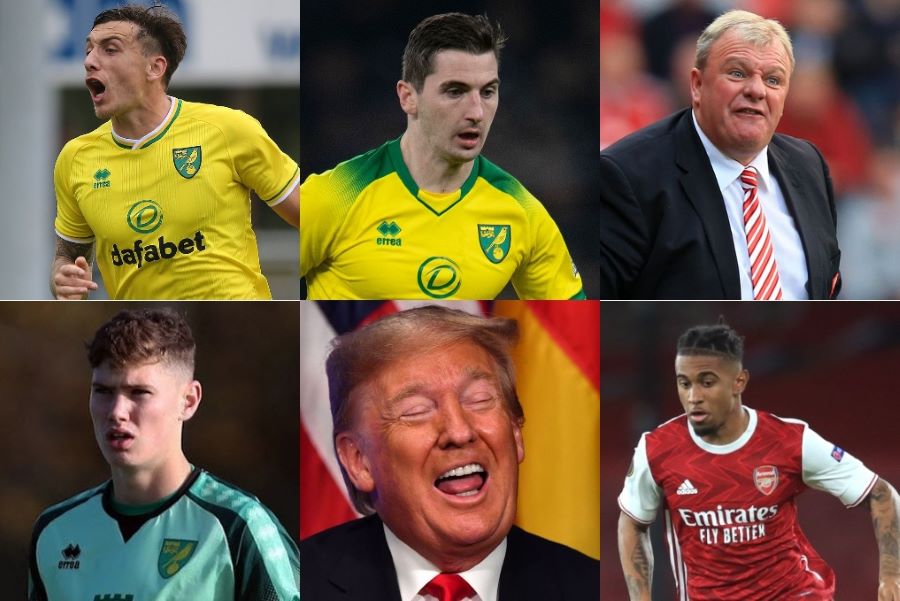 On the surface that seemed to be the most unremarkable match in many ways – a fairly routine 2-0 win over a Coventry City side who were certainly up for it but were never able to offer much of a cutting edge after an early double from Kenny McLean and Jordan Hugill.

Sure we were a little disjointed and didn’t show that much ambition after the break, but with seven changes that was to be expected.

However, the game nonetheless offered up a few things that are actually quite worthy of remark.

Let’s start with some praise to Stuart Webber and Daniel Farke for the depth of the squad, never better illustrated by the quality of the five subs we were able to introduce in the second half, namely Grant Hanley, Max Aarons, Ollie Skipp, Emi Buendia and Teemu Pukki.

Then we can be pleased that certain players selected to start got some much-needed minutes under their belts as in Pepe Placheta, Bali Mumba, Xavi Quintilla and Hugill.

I’ll briefly add that was Emi’s 100th appearance in a yellow shirt and Hugill’s first goal for City from open play. This topic throws up an interesting observation that has probably been made elsewhere by now but at the final whistle Todd Cantwell, Max and Emi were all cup-tied.

That would not concern the likes of Valencia in the case of Emi but as Arsenal have a penchant for the FA Cup it might serve to put them off a touch. I know, the Gooners never win anything else

Continuing on the Arsenal theme I had never really seen that much of alleged Emi *trade-ins* Joe Willock and Reiss Nelson until watching the Gunners-Toon tie on Saturday evening and from what I saw of them I would say words to the effect of: Oi, Edu, NOOOO.

It was also good to see Jacob Sorensen in his preferred [and natural] position in midfield although he was running on empty towards the end and replaced by Skipp.

To conclude my round-up of our individuals, what a wonderful pirouette in a Maradona style that was from Alex Tettey in the first half, and Zimbo’s early withdrawal seems precautionary although he still had time to give Ben Gibson a fright with a badly-judged pass. I think that’s everybody namechecked for now, so…

Oh hold up, hang about, I think I might just have forgotten to mention our man of the match, which would have been very remiss of me.

Young Daniel Barden had the type of game that a 19-year-old goalkeeper wasn’t really expected to have. Assured, seemingly nerveless and with some fine stops chucked in for good measure from the few highlights I have been able to see. If any MFW reader has the gift of BT Sport don’t be shy in telling us your observations.

Farke said of the rookie afterwards: “Daniel made some really good saves in the second half and that will only be good for his confidence and will improve his standing in the group.”The only way you can prove yourself is to play well in a proper game and he has done that. It is no surprise because we have all seen his potential in training.”

And now it gets interesting.

Should Tim Krul still be feeling too poorly for Cardiff, will Farke see fit to allow Barden to face the challenge of the aerial bombardment that will be posed by Cardiff’s Sean Morrison and his colleagues or will a new recruit be hastily ushered through the Colney door in the coming days?

We shall soon find out.

Anyway, we’re in the ludicrous *double draw* tonight. It would be ironic if it were Millwall away which would have been the original matchday fixture in the Championship on January 23.

In other news, we all know it’s cold but did Gillingham manager Steve Evans really have to wear seven puffer jackets to stand on the touchline against Burton Albion?

Also agent Jaiyesimi did some nice work at Portaloo Road on Saturday. The look on what could be seen of Paul Lambert’s face was, erm, remarkable.

@NorwichCityFC 25 days and counting since relegation and no word from Stuart Webber. Is he scared to face the fans? #ncfc

#ncfc fans: what do you go to Carrow Road for? To win or to be entertained?

This is the topic I explored in my column for the @EDP24.

It was a big big world, but we thought we were bigger
Pushing each other to the limits, we were learning quicker
💛💚 #ncfc

Whatever you blame for #NCFC's season, you cannot blame the Captain's head.