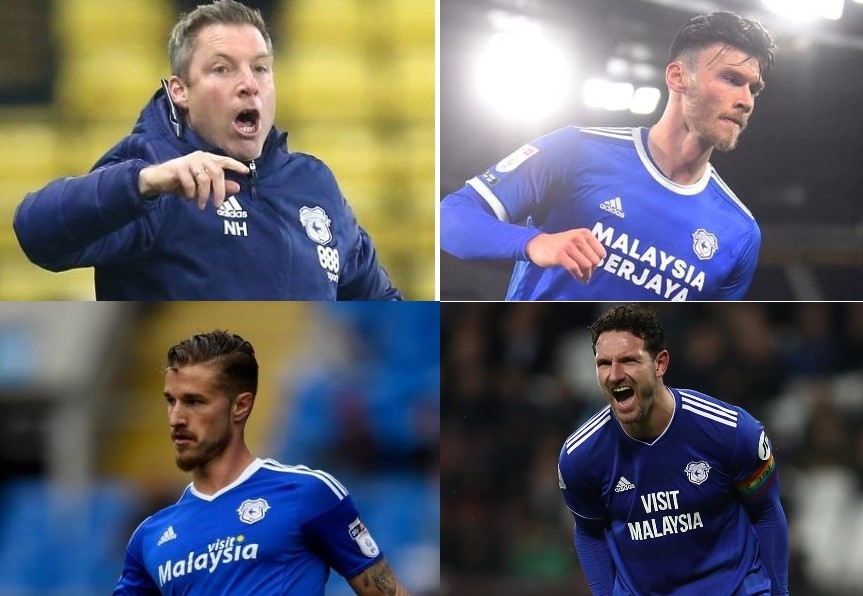 Alright, I can save us all a lot of time on this one.

If Mr Gowers would be so kind as to

you can see my Cardiff preview from when we played the home fixture less than a month ago.

What you want more?… Jeez…

Okay, well to recap on last time, coming into the match at Carrow Road, Cardiff were in phenomenal form, having won five out of six previous matches. My preview managed to put the wind up a fair few readers about the task that awaited us on that cold December afternoon.

What actually happened was that Norwich outplayed them with relative ease and with top scorer Kieffer Moore out, Cardiff’s only method of threatening was when Big Sean Morrison™ lumbered up to cause problems from free kicks.

Since then, Cardiff have been poor, with a 3-2 home defeat to Brentford on Boxing Day followed by a 2-1 loss away at Wycombe, and then a 1-0 loss away at Nottingham Forest in the FA Cup last week.

Personnel wise, Harris has been mooting a potential return from injury for Moore on Saturday, which would not be good news as they appear relatively toothless without him. On the plus side though, Morrison is out injured, which is possibly even more important to Cardiff than a half-fit Moore trying to get a few minutes under his belt after more than a month out.

Equally out of the equation will be Aden Flint, who is still recovering from the injury he picked up on loan at Sheffield Wednesday in the first half of the season, and Sol Bamba, who has just been diagnosed with non-Hodgkins lymphoma and is undergoing chemotherapy. We obviously wish him all the best in his recovery.

With three massive centre backs unavailable, that has left a gaping hole at the heart of the Cardiff defence. Against Forest, left back Joe Bennett had to move inside to play with regular Curtis Nelson, while 19 year old Joel Bagan made only his second ever appearance at left-back.

Loanee right back Jordi Osei-Tutu and experienced left back Greg Cunningham are both, like Moore, potential returners to Neil Harris’s squad if they can return to training this week, but the centre-back area will remain an issue, and an area that Norwich will look to exploit.

One other area that is questionable is in goal, where the experienced Alex Smithies was replaced by youngster Dylan Phillips against Forest. Whether that was because it was the cup and Harris wanted to give him some minutes, or whether it was as a straightforward promotion to the starting line-up remains unclear at this point.

Cardiff will probably line up in a 4-2-3-1 as they did at Carrow Road and my guesstimate at the line up would be:

With the just-returning from injury Cunningham or the inexperienced Bagan at left back I would have Max Aarons overlapping for days down that right hand side, especially if the (and let’s be kind) “defensively-flawed” Josh Murphy is on the left wing as he was last week. Max and Emi could have great fun there.

You would also expect the movement of Teemu to cause Nelson and Bennett a lot of problems, especially with the former struggling at Carrow Road against City’s one-touch passing and Bennett playing out of position.

Even if Moore does somehow drag himself back into the starting line up in place of the “lightweight for a big man” Glatzel, he will be the only target for Wilson’s set-pieces without Morrison’s heft. They will also (possibly) be trying to outjump and outmuscle Tim Krul which will prove a far sturdier challenge than against the less aerially-competitive McGovern as they did before. If Daniel Barden is in goal, it will be a test for the youngster.

Overall, for all the foreboding that I had for the previous game at Carrow Road, I’m actually twice as confident for the away game. There are a number of reasons why we should have the advantage this time around, and Neil Harris is under increasing pressure after four defeats on the spin.

Let’s hope we add to that tomorrow.

[Okay, go on then. Andy’s preview for the home game is here – Ed]