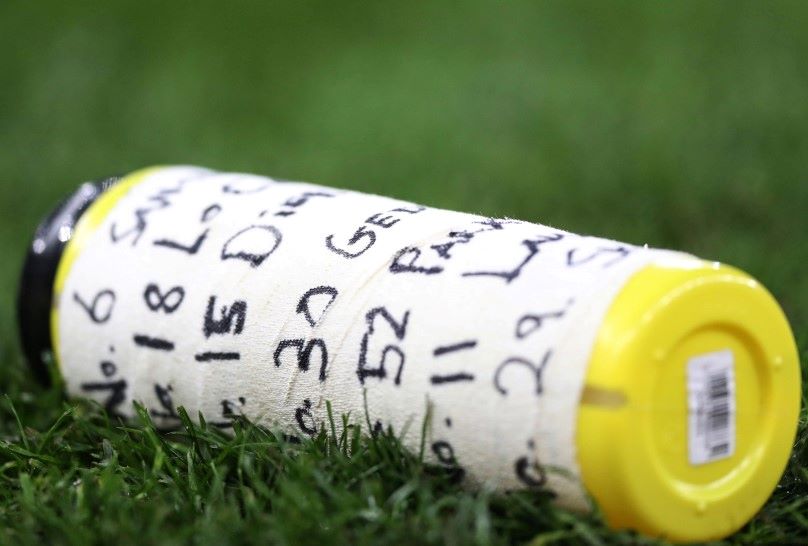 I decided the best way to introduce myself was to tell you about the matches that have made my career as a Norwich City supporter to date, starting with the double promotions of 2010 and 2011, leading all the way up to now. With such a great task at hand I enlisted the help of six fans to tell the stories with me. This time I discussed City’s 2020 FA Cup victory with Ben Ambrose, chief of the MyFootballWriter’s YouTube channel, Norwich Talk.

These were Ben’s words when we discussed his overall feelings going into January last year. Before 2020, my feelings around the national knockout competition were made up by an embarrassing 1-0 loss to Luton, a shock defeat to Leyton Orient and the fact that I had to miss a week of watching competitive, entertaining league football that I actually cared about.

Last weekend was the least deflated I’ve ever been going into third-round fixtures, and that’s down to what happened in North London in March last year. While a minority of the City fan base were ‘lucky’ enough to be at the frustrating 1-0 loss to Sheffield United, the FA Cup clash at Tottenham was the last chance to go to a match for the majority of the Canaries’ travelling army.

There were 120 minutes of open-play football to be enjoyed by the near-full-house at the Tottenham Hotspur Stadium, but this match will always be remembered for what happened afterwards. After an impressive Norwich second-string battled to a 1-1 draw, penalties decided who would advance to the quarterfinals.

The fact that City had missed five of their six penalties in the 2018/19 season, with a number of star men stepping up and failing, suggests that their fans should’ve been dreading the outcome. The reason they weren’t was one man: Tim Krul.

“Tim Krul is terrible for mind games at penalties, isn’t he?” says Ben. “When you’re playing against it you’re getting really wound up about it, but the fact he’s doing it for us, and he brought a bit of steel to Norwich. It’s just brilliant, the little smirk, holding up the bottle to the camera”.

The water bottle Krul kept with him for the shootout became more famous than the game itself, the Dutchman and goalkeeping coach Ed Wooten watching previous penalties from Spurs’ takers and noting their preferred penalties on the famous yellow bottle. Krul used this information to save penalties from both Troy Parrott and Gedson Fernandes, Erik Lamela completing a trio of misses when he hit the bar; it was a miserable showing from Mourinho’s men. City’s takers were the contrary.

Kenny McLean was the only one who failed to score, seeing his well-struck effort saved by Michel Vorm, a save that Ben believes is underrated. This belief is boosted by the fact that McLean has since taken and scored two huge penalties for the Scottish national team.

Marco Stiepermann then stepped up with a cool smash into the corner, but what was most impressive was the courage of the two youngsters who followed him. The first, Adam Idah, a 19-year-old striker who hadn’t started a league game or scored a league goal, stepped up and placed the ball calmly into the very top corner to Vorm’s left- my thoughts summed up perfectly by Ben’s description: “This guy’s got balls of steel”.

Todd Cantwell then stepped up, comfortably keeping the ball up as he waited for Vorm, before blasting even further into his top corner. He proceeded to shush a crowd that had been informing him of their dislike all night. This was when it turned for Ben, when he realised we were going to win. “It was ridiculous- it was like ‘maybe tonight’s our night’”

Credit must go to Josip Drmic for by far his best performance in a Norwich shirt, linking the play well and finding the crucial equaliser with 12 minutes left of normal time. I was questioned on the way to Sheffield by a group of Leicester fans who had noticed that Drmic ran to celebrate in front of the Spurs fans despite being just yards away from the bedlam erupting in the away end, a decision that I think may have had a subtle impact on the failure of the Swiss to forge a positive relationship with City fans.

Ben admits that Drmic’s performance, as well as his “deserved” goal led to premature praise on the Norwich Talk review of the following Sheffield United game, claiming the 27-year-old could “provide competition for Pukki”.

As became a theme of what followed the Tottenham match, the promise shown by the number 20 wasn’t close to being fulfilled in the latter part of the 2019/20 season. As Ben described, “This looked like the Norwich team that you wanted to see for the entire season”.

Unfortunately we saw that Norwich only seven or eight times prior to the FA Cup round-of-sixteen and not once following that (barring perhaps the 2-1 AET loss to Manchester United, a game Ben admits he felt “numb” for given the fact that we had played a big part in getting them there and weren’t allowed to attend).

Given that only 3,000 of us made our way to Bramall Lane six days before football was postponed for three months, spelling an extremely difficult period in many of our lives, Tottenham away was the final memory Canaries fans have en-masse, something to cling on to as we entered a period of boredom, isolation and difficulty.

Ben sums it up perfectly: “I’m so glad we got to go to that before lockdown. It was an FA Cup miracle”.